Photographer John B. Loengard ’56, Whose Eye Saw Things Others' Could Not, Dies at 85 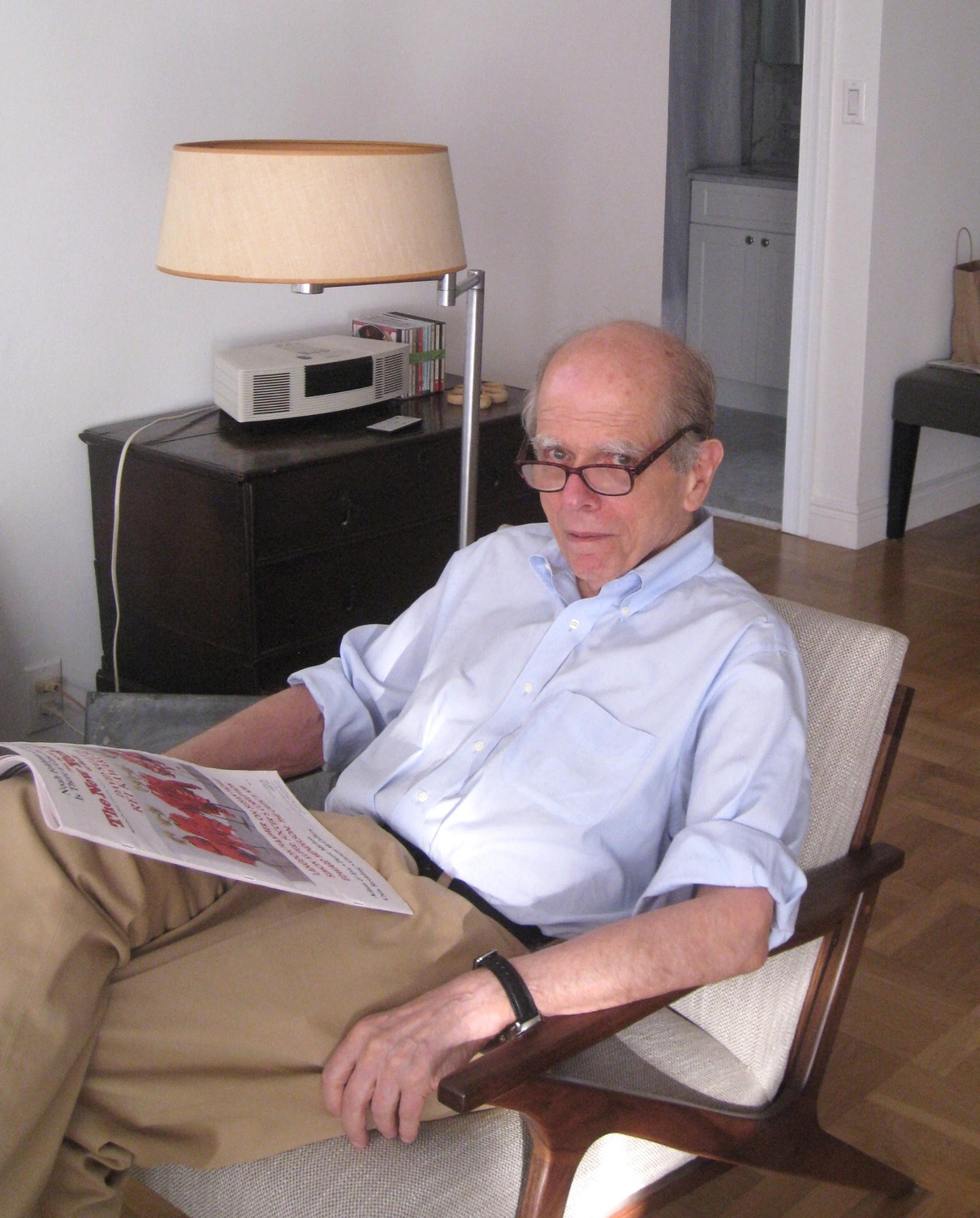 John B. Loengard ’56 was a senior at Harvard College and a photographer for The Crimson when Life magazine approached him to photograph a freighter in Cape Cod in 1956. Thus began his longtime affiliation with the magazine, for which he served as a photographer and later its seventh picture editor.

John P. Ganson ’62, who worked with him at The Crimson, fondly remembered Loengard’s aptitude for printing and love of working in the darkroom.

“When a roll of film is properly developed, it has a sparkle to it. I don't know quite how to describe it, but it kind of looks back at you,” he said. “And when you get negatives that are like that, they are so easy to print and they are just a delight.”

Loengard, a celebrated photographer and picture editor who worked at Life magazine, died from heart failure last week. He was 85.

Loengard officially became a staff photographer for Life magazine in 1961 and became a picture editor for Life Special Reports around a decade later, after Life suspended its weekly publication.

Several of his former colleagues and friends said Loengard’s characteristic attention to detail was present throughout his entire career.

Russell Burrows, Loengard’s longtime family friend, called him “the thinking person’s photographer” and the “absolute epitome” of understanding the importance of “anticipation” when taking a photograph. Burrows said Loengard translated this into his work as a picture editor as well.

“They’d [the photographers] come back with dozens or 100 rolls of film, and John would studiously edit all of it,” he said. “At the end when they're waiting for him in the layout block to come in with the final selections of what he’d chosen, he could— and this is partly joking— but he would show up with a single frame and say, ‘Here it is.’ Because in his mind, it was the essence of what the story was supposed to be.”

“He would draw right down to that — that perfect picture,” Burrows added.

“His biggest asset was he protected the photographer in meetings when he was a picture editor,” Benson said. “If he saw the photographer being dumped on by writers or the editors, he would protect them.”

“He was a photographer's photographer like nobody else I've ever known, because he understood the problems that you had,” he added.

Burrows echoed this sentiment, describing the way Loengard often advocated on behalf of other photographers in negotiations.

“John, even as sort of a young fellow in the ’60s, was often turned to by the other photographers, as their sort of negotiating representative,” he said.

Over the course of his career, Loengard photographed several famous subjects in black and white, including the Beatles swimming in a pool and Louis Armstrong applying lip balm. In 1966, he photographed Georgia O’Keeffe in a series that would later become some of his most widely recognized work. M.C. Marden, a colleague of Loengard’s from Life’s parent company Time Inc., said Loengard was able to capture O’Keeffe in a way no other photographer could.

“John went down to New Mexico and he did pictures that nobody else got. Everybody else did the sort of formal New Mexico portraits of her,” she said. “John had one incredible picture of her walking across the horizon, with two or three dogs following her, way, way in the distance. Even so, you knew it was Georgia O'Keeffe.”

“The pictures are unlike anybody else's. They are simply John Loengard pictures, because he knew how to present Georgia O'Keeffe in a different way, but presenting her the way she was,” she added.

In 1973, Loengard helped launch People magazine, serving as its first picture editor for three months after its publication. Marden, who became photo editor of People several years after Loengard left, described his contribution to the magazine at its inception.

“In the beginning, they thought that — People Magazine — it would be really very easy to just pick up photography — photography that had previously been shot and just pay space rates for it,” she said. “I think John certainly was the person who said that probably isn't a really great idea and started using a lot of the former Life photographers.”

“That gave, certainly, a strength to the magazine it wouldn't have had if it had simply been non-assigned, non-thought out, non-talked out assignments. So, I think he set the magazine on the right track,” she added.

Loengard later helped Life in its revival as a monthly magazine, serving as its picture editor until 1987. After leaving Life, he freelanced and authored books. In 2018, he was inducted into the International Photography Hall of Fame.

Well-respected and always willing to give a critique, Loengard was also a trusted source of advice for fellow photographers, young and old.

“He was the only person I ever listened to about photography,” Benson said. “He was always right, and you’d listen to him. And he helped an awful lot of photographers— young photographers.”

“I think when they write a history on photography, he will have to be mentioned for some of his photographs and his generosity of time,” he added.

Indeed, this view was echoed by several of Loengard’s colleagues.

“Everybody looked up to him,” Maddy Miller, a photo editor at People magazine and photographer, said. “In my head, I used to call him the professor, because he was just so full of knowledge.”

“He was just so smart, and he was just great to be around, because you thought you wanted to be a sponge,” Marden said. “You wanted to record everything he said.”

Jill Krementz, a photographer and close friend of Loengard, said he will be remembered not only for his contributions to photography, but also for his character.

“His photographs are embedded into the history of photography,” Krementz wrote in an emailed statement.

“I miss him calling me up at night now,” Benson said. “We'd just chat about nothing.”

Anna Loengard said her father’s love of photography had a lasting impression on her life.

“As his daughter I think the things that struck me were taking for granted having my whole life documented in these amazing black and white images,” she wrote in an email to The Crimson. “I don’t think I realized until adulthood how unique and special this was.”

Anna said her father was devoted to his grandchildren and enjoyed talking with them, endeavoring to gain “some sense of who they were as individuals with a unique way of seeing the world.”

Having traveled with him on some of his assignments, she also recalled the unique way her father viewed the world through his lens.

“His eye saw things that mine did not,” she wrote. “He was a keen observer and I think to some extent always saw the world through a lens, always looking at the contrast - in images and also in opinions and thought.”