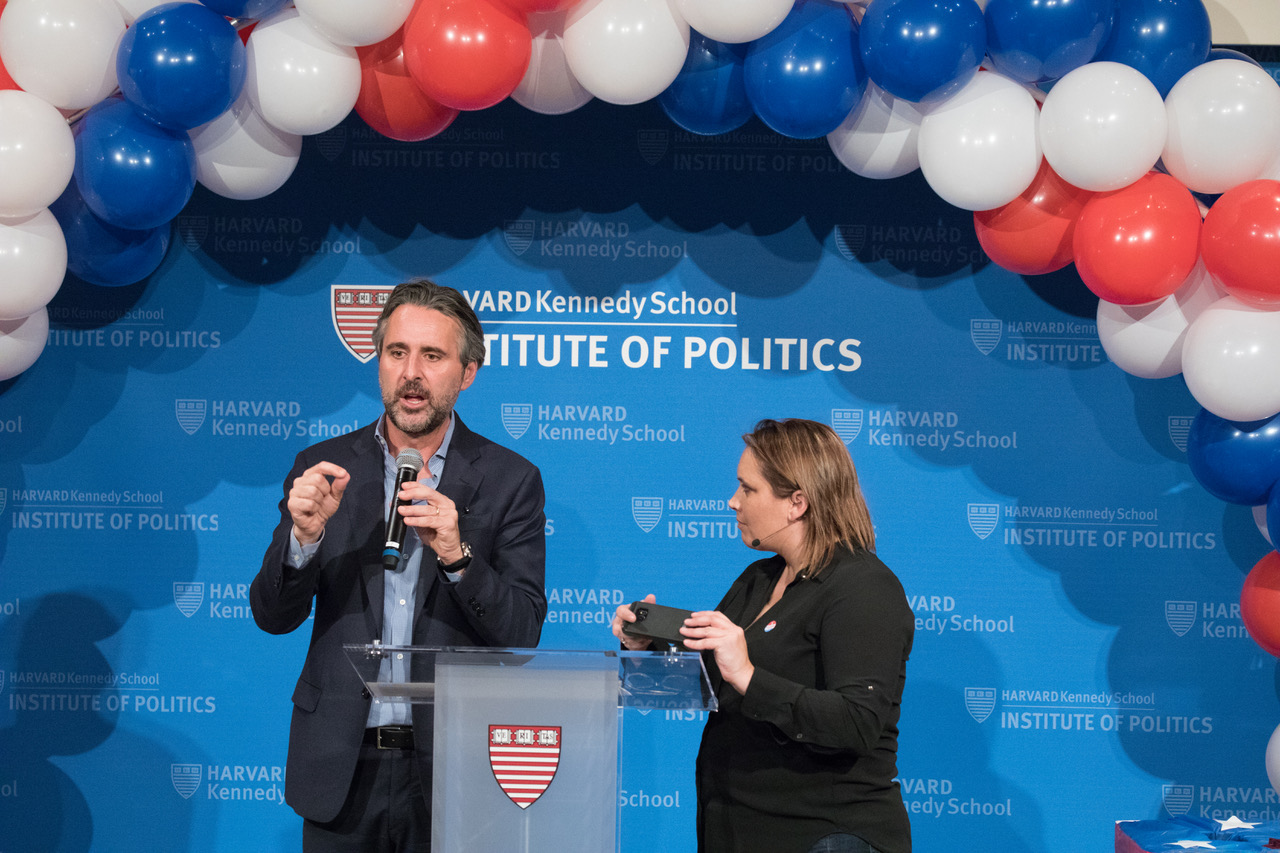 John Della Volpe, who has steered the Harvard Institute of Politics’s polling initiatives for the last 20 years, is taking leave from his main role at the IOP in order to consult for former Vice President Joseph R. Biden Jr.’s presidential campaign.

Della Volpe’s polling company, SocialSphere, has been brought on as one of six public opinion consultants being used by the Biden camp. Della Volpe, whose research has focused on youth political engagement, comes as Biden is working to make inroads with younger voters — a demographic he failed to woo during the Democratic primaries.

Della Volpe wrote in a statement to The Crimson that he will continue to work on strategic planning for the IOP’s Youth Poll, but will step back from the project’s day-to-day operations.

“While I have remained fiercely non-partisan over my years at the IOP, the critical role Gen Z and Millennials can play in the election, and knowing how important a priority the youth vote is to this election has prompted my decision to re-engage in politics and do my part,” Della Volpe wrote.

Biden struggled to win over young voters by large margins, even as he consolidated broad support among other demographic groups in the final spate of primaries, during which he faced off against United States Senator Bernie Sanders (I-Vt.). Sanders has been lobbying Biden to conduct more outreach to young people and Latinx voters — two groups Sanders won by a landslide in the primaries.

The spring 2020 iteration of the IOP’s Youth Poll, which Della Volpe oversaw, showed Biden with a 23-point lead over Trump among 18- to 29-year-olds. But Biden’s low favorability among young adult voters, shown in other recent surveys, have made focusing on bolstering youth turnout crucial for the campaign.

Chase H. Harrison, the associate director of the Harvard Program on Survey Research and preceptor in survey methods in the Government Department, will step in to oversee the Harvard Public Opinion Project while Della Volpe is on leave.

The Harvard Public Opinion Project, one of 16 programs offered by the IOP, produces a biannual opinion poll of 18- to 29-year-olds nationwide. Harrison, who has taught at Harvard since 2006, said he hopes to integrate HPOP’s work into his and other courses within the Government Department.

“I think that it’s great that he’s taking all this knowledge to the Biden campaign and really making sure that people there are paying attention to the importance of the youth vote in 2020,” K. Cathy Sun ’22 said of Della Volpe. “I think he’s doing great work there to take the contributions of HPOP members over the past two decades and bringing all that institutional knowledge over to the Biden campaign.”

Sun — who chaired the IOP’s Public Opinion Project in the spring semester but is currently on leave from the College — said she thinks the IOP, too, will benefit from Della Volpe returning with insight about how the program “can best engage with political campaigns and operatives and stakeholders” going forward.

“Where prior, I think, presidential campaigns really have not emphasized outreach to young people all that much, I think John has already been able to carve out a space for that and pivot their attention to it,” Sun said.

At the IOP, Della Volpe oversees the administrative aspect of HPOP, but leaves much of the substantive work and day-t0-day operations in the hands of students.

“We’re obviously sad,” said Justin Y. Tseng ’22, who is currently serving as chair of the program. “He’s quite an iconic figure within HPOP.”

“We are super excited for him, though,” Tseng said, adding that working on the Biden campaign is “a great way for him to serve his country.”

Harrison said he isn’t worried about the reputation or content of the poll suffering after Della Volpe returns to the IOP in the spring semester, fresh off working in a partisan manner.

“John has developed this expertise in a non-partisan way,” Harrison said. “And it’s been a rigorously non-partisan poll. I don’t see any reason why it wouldn’t continue to operate with the same non-partisan rigor and approach that it always has. I wouldn’t have any concerns about the nature of this project changing.”