Men’s Golf Leaps Out to Strong Start in 2021 Campaign 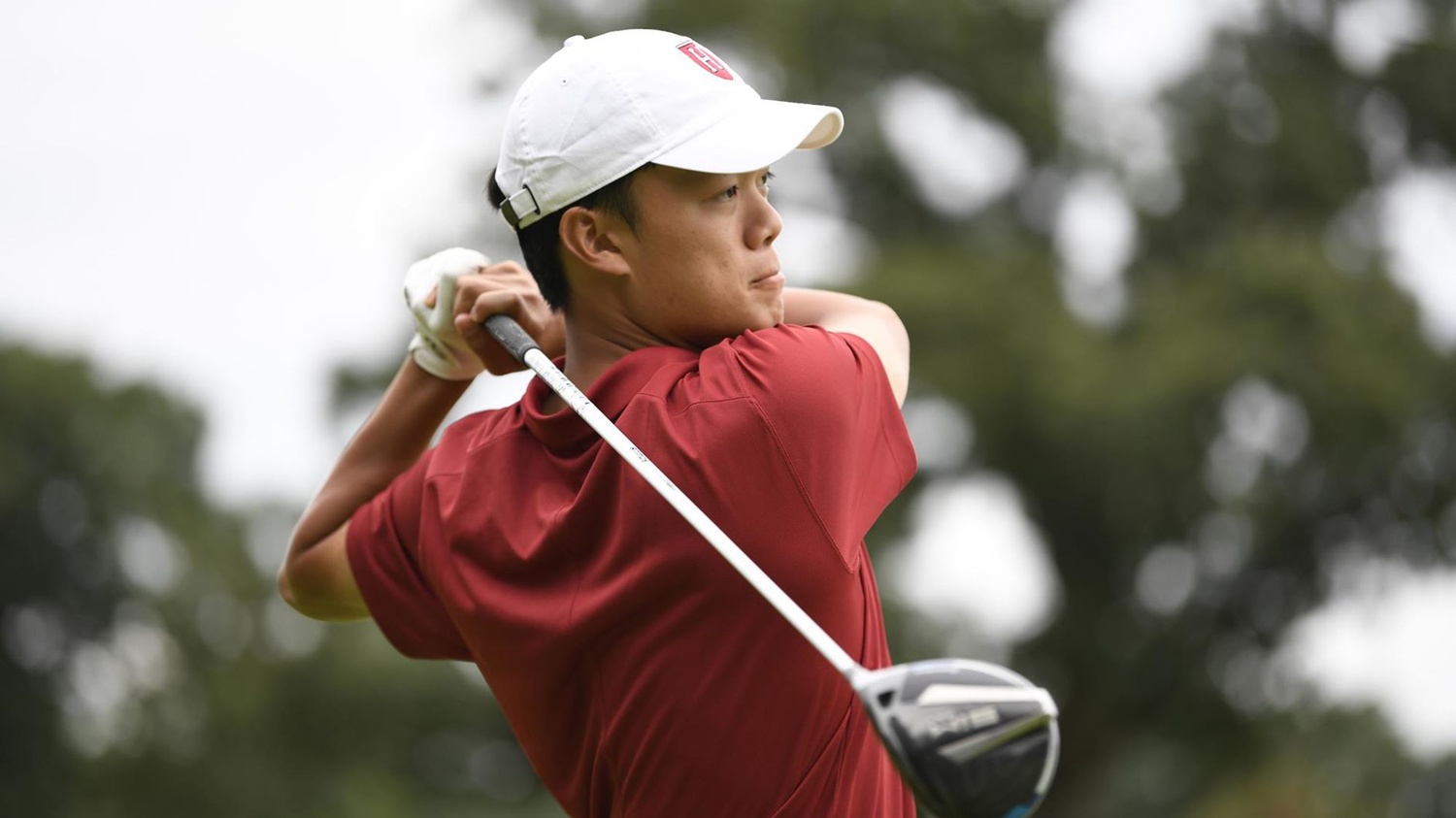 Sophomore Brian Ma follows through for a Harvard men's golf squad that is coming off of a first-place finish in the Autumn Invitational, topping the 12-team field. By Courtesy of Harvard Athletic Communications
By Oscar E. Mercado and Bridget T. Sands, Contributing Writers

The Harvard men’s golf team has had no trouble avoiding the rough, with three top-three team finishes to start its fall season.

“There is a lot to feel positive about,” said Harvard men’s golf coach Kevin Rhoads of how the season has unfolded so far. “We’re very strong, we’re a talented team, we’re a skilled team, it’s an extremely hard-working team… They want to accomplish big things.”

Starting the season on Sept. 11, Harvard finished in a tie for second with the University of Connecticut at The Doc Gimmler tournament hosted by St. John’s University in Bethpage, N.Y. Sophomores Brian Ma and Kevin Sze led the Crimson with scores of two under par after three grueling rounds, earning them two spots of a five-way tie for third out of 77 total golfers. First-year Diego Saavedra-Davila was the next best performer for the team, shooting four over par, and tying for 20th with four others. The other two Crimson that qualified also contributed, with sophomore Adam Xiao shooting eight over to tie for 35th, and senior Ollie Cordeiro shooting 18 over to finish in a tie for 69th.

The team followed its strong performance at St. John’s with a slight step back, coming in third outright at the Macdonald Cup hosted by Yale on Sept. 26. Again, Ma led the charge, shooting three under par, tying Hunter Thomson of the University of Michigan for second. Sze and Saavedra-Davila found it difficult to replicate their earlier performances, suffering slight dropbacks, tying for 11th with five over par, and tying for 41st with 14 over par, respectively. Senior captain Peter George performed exceptionally well in his first outing of the season after failing to qualify for The Doc Gimmler, finishing third for the Crimson and 18th overall, shooting eight over par. Xiao, the final Crimson representative, climbed the rankings, finishing in a tie for 29th, shooting 11 over.

However, Harvard’s last outing, the Autumn Invitational hosted by Columbia in Kingston, N.Y., on Indigenous People’s Day, was its most dominant one yet. Sending Sze, Ma, Saavedra-Davila, along with first-year Jeff Fang and sophomore Alex Zhu — both competing in their first collegiate tournaments — the Crimson finished in the top spot by an astounding 22 strokes. Sze took first outright, beating Ma, who grabbed second, by two strokes. Zhu finished fifth, Fang tying for 15th, and Saavedra-Davila rounded the five out by tying for 32nd.

The Crimson’s strong return comes after losing all of last season to Covid-19. Ma, like many of his teammates, made the most of the situation, taking a gap year and using it to work on his game. He credits the unique opportunity as part of the squad’s success.

“So many of us took gap years because of the pandemic, and we just used a lot of that time to practice, get our games better,” he said.

Furthermore, he believes that abundant talent on the team creates a drive among his teammates, cultivating a competitive yet close team chemistry.

“The team has some of the best talent we’ve ever had and it creates a very competitive environment — I think all of the guys on the team want to be close, want to get better, and see their teammates playing well, excelling on the golf course, that also pushes them to be the best that they can… It’s only going to get better,” he said.

Sze shared Ma’s confidence in the group’s dynamic and talent.

“Whoever we take to those events, I know that they’ll be ready to go — we’re going to be in contention again and rack up some more victories, bring home some more hardware,” he said.

Sze emphasized how special he found this specific group of golfers, claiming their intentions of “kind of changing the reputation behind Harvard.”

“We’re actually good at this thing,” he said. “[The] ultimate goal at the end of the year is to win Ivies and then also be relevant on a national stage is something that has been our reach goal, and I think it’s something that is definitely achievable with the talent we have this year.”

Coach Rhoads added to the optimism, yet remained realistic about what remains ahead.

“It’s a long season,” he said. “It takes a lot to want to continue to push all the time, and we’ll see if we’re up to that challenge.”

The Crimson has two more tournaments to finish out their fall season, with the Lehigh University 2021 Invitational on Oct. 22 and 23, and Ivy League Match Play against Yale and Princeton, which has yet to be tentatively scheduled.