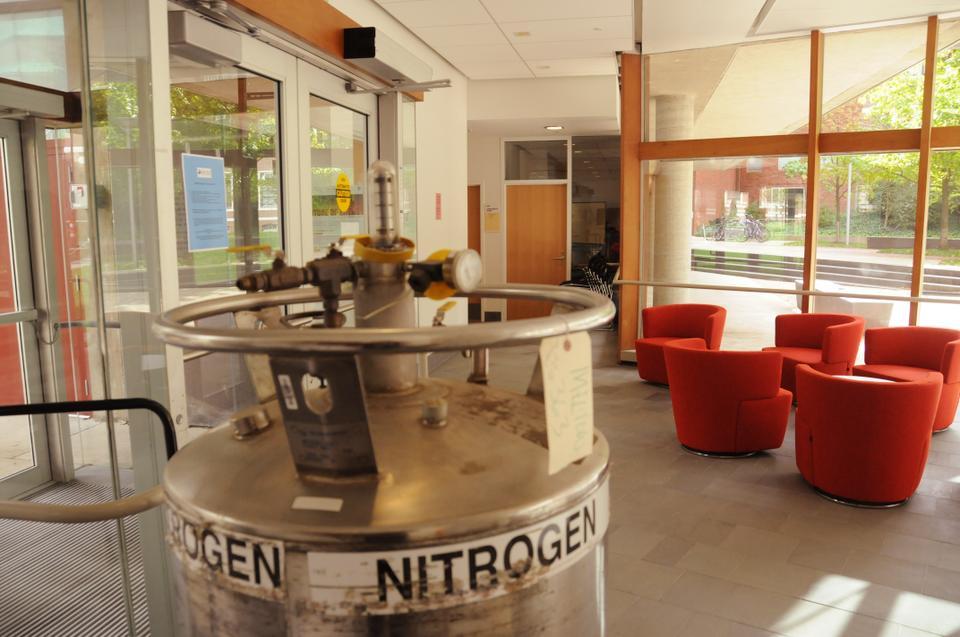 The Sherman Fairchild building houses the Rubin Lab, which will benefit from a deal develop therapies for skeletal muscle disorders as part of a new agreement between the University and National Resilience, Inc. By Lucas G Freitas
By Sadiq K. Soofi and Claire Yuan, Contributing Writers

Under the agreement, which the institutions are calling an “alliance,” Resilience has committed $30 million to fund research on therapeutic and biomanufacturing technologies, which faculty researchers at Harvard will lead.

In exchange, Resilience and the University agreed that any new therapies resulting from the alliance may be developed and licensed by Resilience and any companies it forms, in order to put those therapies through clinical trials and eventually commercialize them.

One such company, Circle Therapeutics, was already formed to large-scale test therapies for skeletal muscle disorders developed by the Rubin Lab, which is led by Stem Cell and Regenerative Biology Professor Lee L. Rubin. The Rubin Lab's research is the first Harvard project to receive funding under the new agreement.

Small molecules, in the form of oral pills, used to be the only way to treat muscular disorders, according to Rubin. His lab is using the Resilience funding to continue its work in culturing skeletal muscle stem cells — also called satellite cells — in the hopes of harnessing their regenerative properties to treat those disorders.

Rubin said in an interview his lab has long hoped for the kind of financial support Harvard’s agreement with Resilience will provide.

“We were trying for years to find a partner to help us develop these muscle acting therapeutics — with not much success,” Rubin said. “There really are no muscle therapies that are based on the stem cell.”

Finding funding was made more complicated by the fact that his lab was developing novel forms of therapies, he added.

“In pharma, being first is not necessarily the best thing as maybe being second, where there is a path to follow,” he said. “We were laying out the path, and people are potentially risk-averse.”

“The Rubin Lab’s platform to expand and maintain in-vitro-derived satellite cells could lead to transformative cell therapies,” Vivian Berlin, the head of the Harvard Office of Technology Development’s Corporate Alliances team, which helped to coordinate the agreement, told The Harvard Gazette, a University publication.

“[The Rubin lab] has compellingly demonstrated the clinical relevance of this work,” Berlin told The Gazette. “Now with Resilience’s focused funding and experience in the development of complex medicines, we hope to set it on a clear path toward benefiting patients.”

Rubin said that he was glad that his lab’s research had been “endorsed” by Resilience.

“It was really nice to have external validation that we were doing something that might be valuable, that really might treat diseases that currently go untreated,” he said.