In Photos: No. 16/RV Football Defeats Lafayette ahead of Princeton Showdown 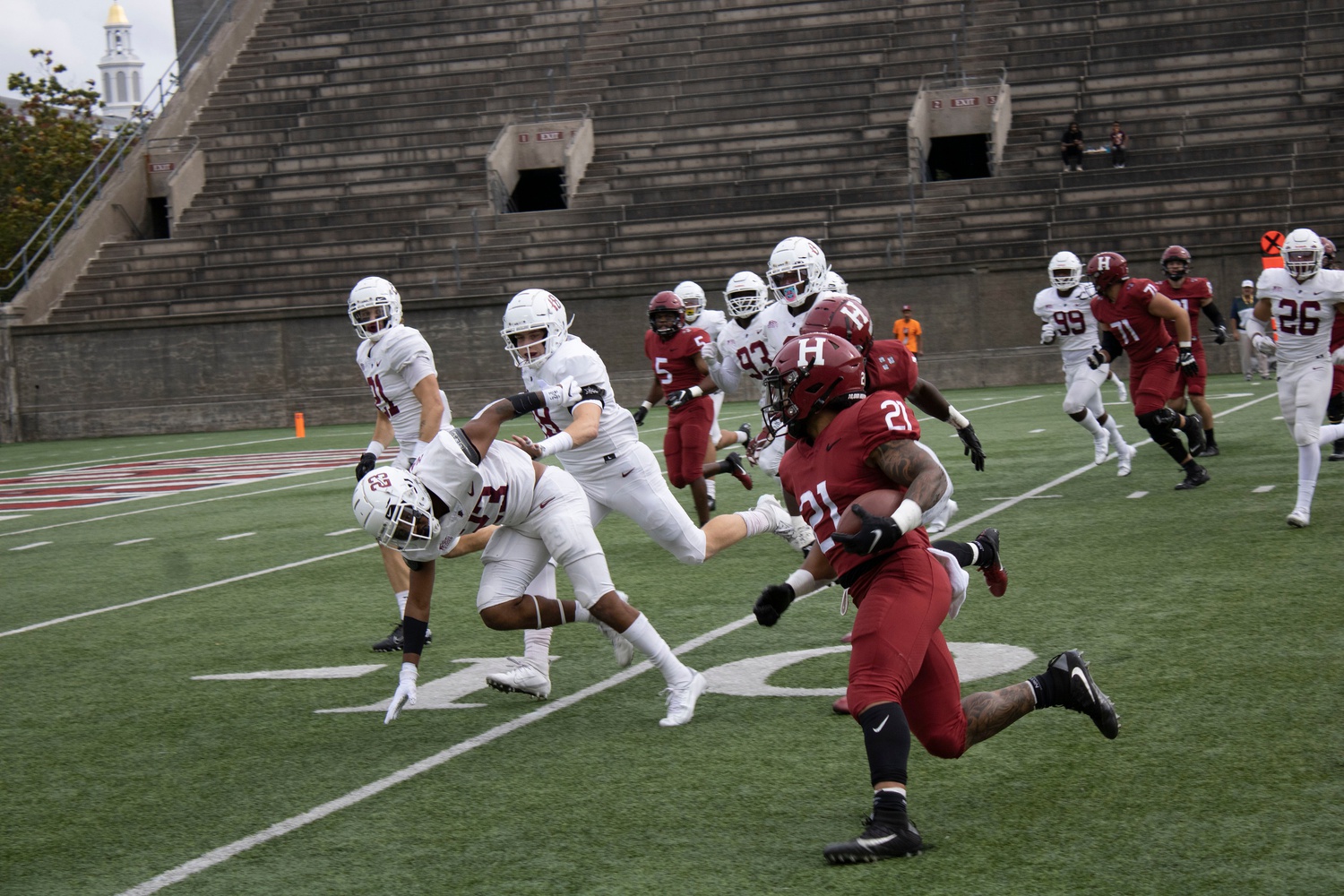 Sophomore running back Aidan Borguet ran for 169 of the Crimson’s 229 yards on the afternoon, scoring two touchdowns before being pulled in the fourth quarter. By Mairead B. Baker
By Eamon J. McLoughlin, Crimson Staff Writer

In its last non-conference matchup of the season, Harvard built an early lead and never looked back. The Crimson ran up 30 points while keeping Lafayette out of the end zone in the 30-3 win. At 5-0 (2-0 Ivy League), the Crimson will travel to Princeton, N.J., this weekend for a tilt with the also undefeated Tigers that may prove to be a pivotal turning point in the Ivy season, and maybe even a de facto championship game. 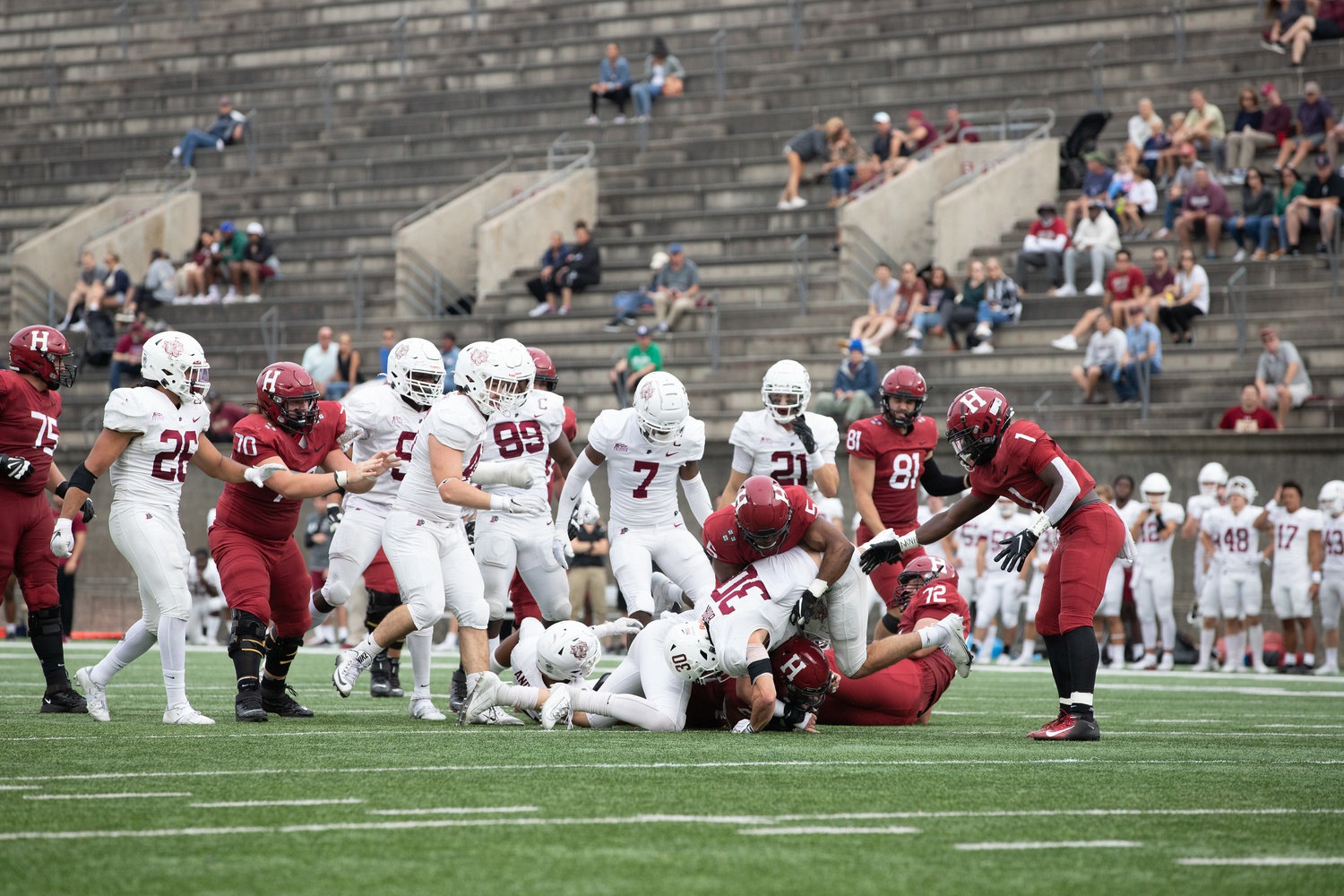 Lafayette aims to knock the ball out while tackling a Harvard player as junior wide reciever Wym Kimberly watches on. Kimberly had one catch for 25 yards on the afternoon. By Angela Dela Cruz 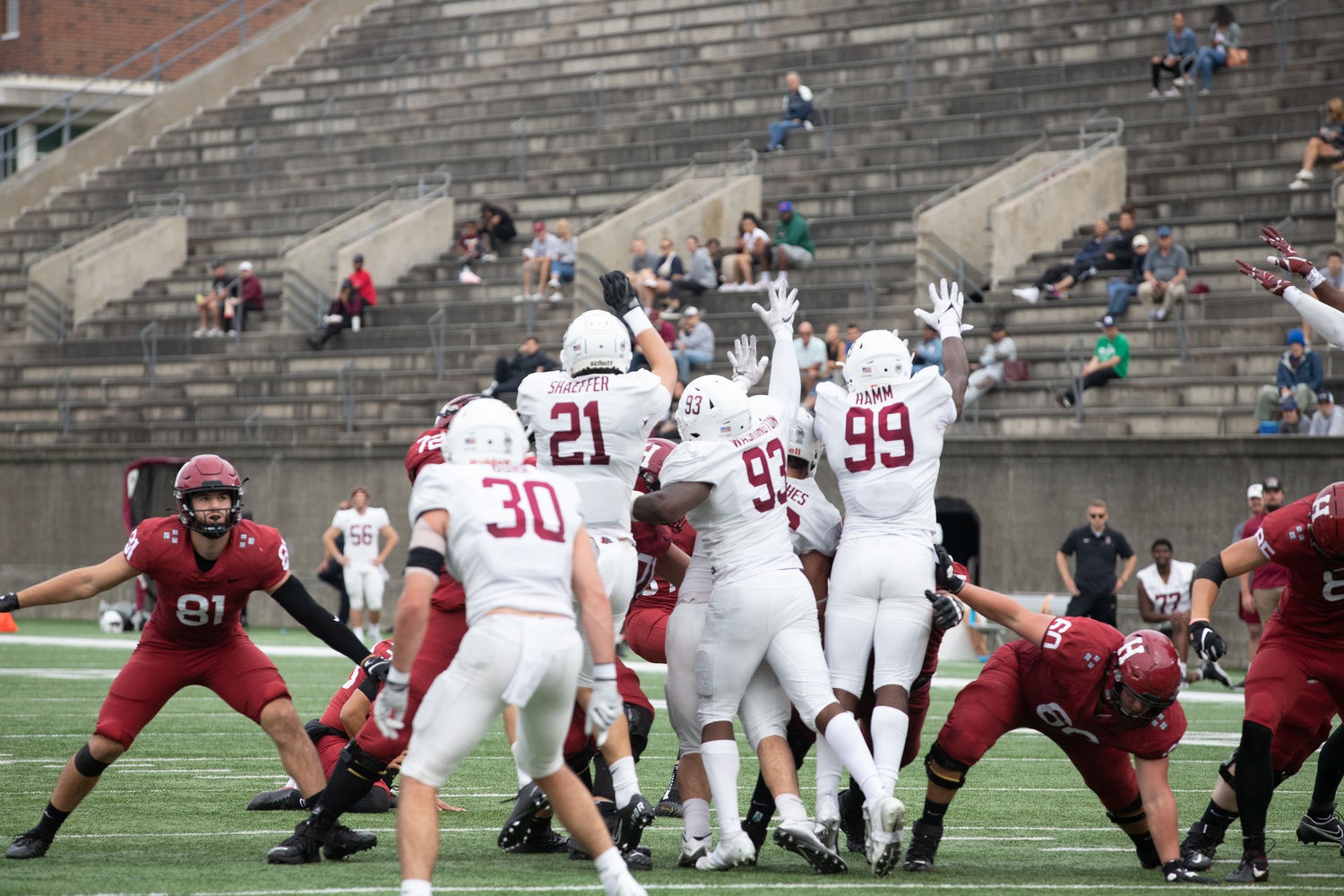 Junior kicker Jonah Lipel nails one through the upright over the Lafayette defense. Lipel is yet to miss a field goal this season, going six for six with a long of 42 yards. By Angela Dela Cruz 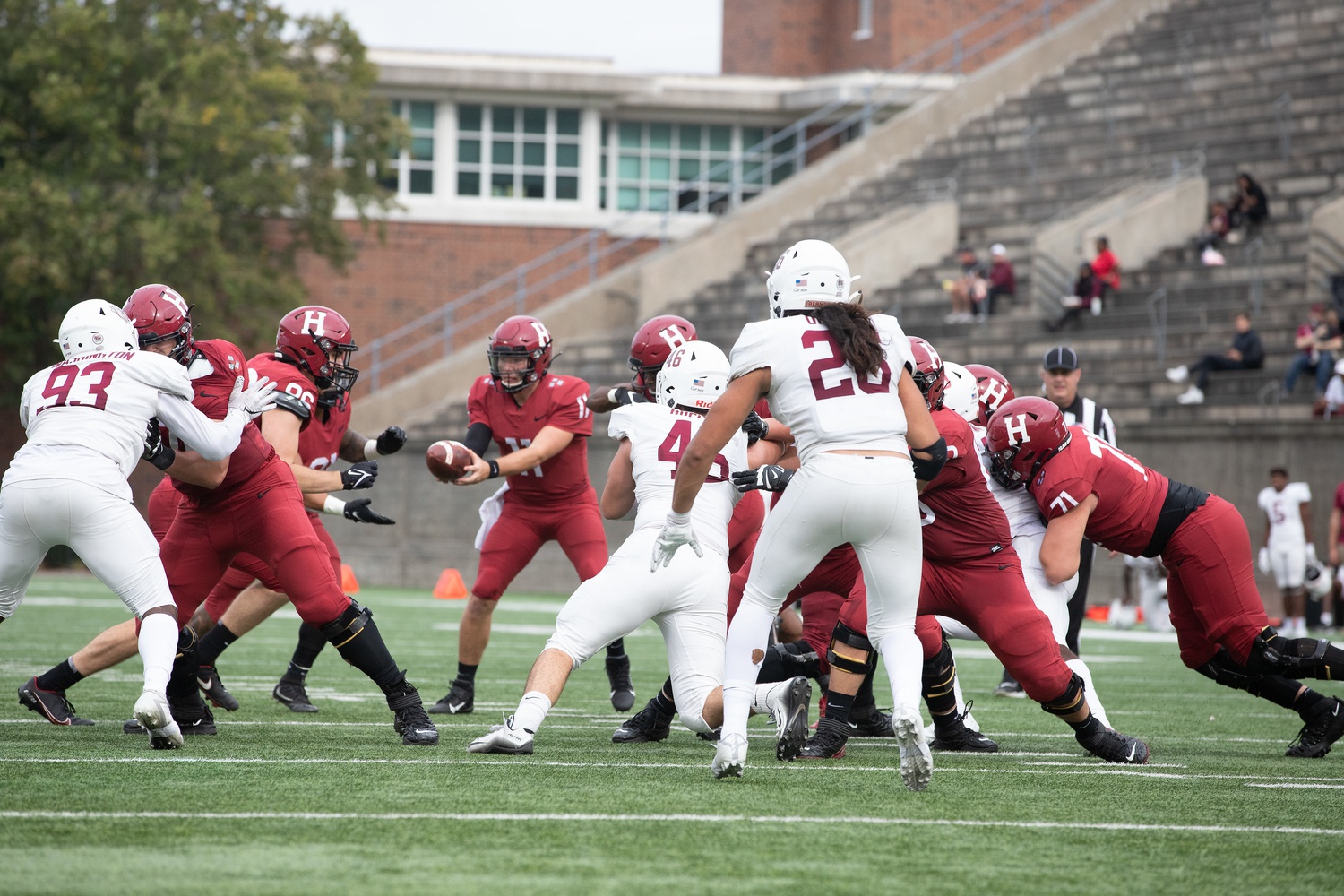 Sophomore quarterback Charlie Dean prepares to hand the ball off to Borguet. Dean threw for 147 yards in the game on 15 completions but was unable to find the end zone, while picking up his first two interceptions of the season. By Angela Dela Cruz 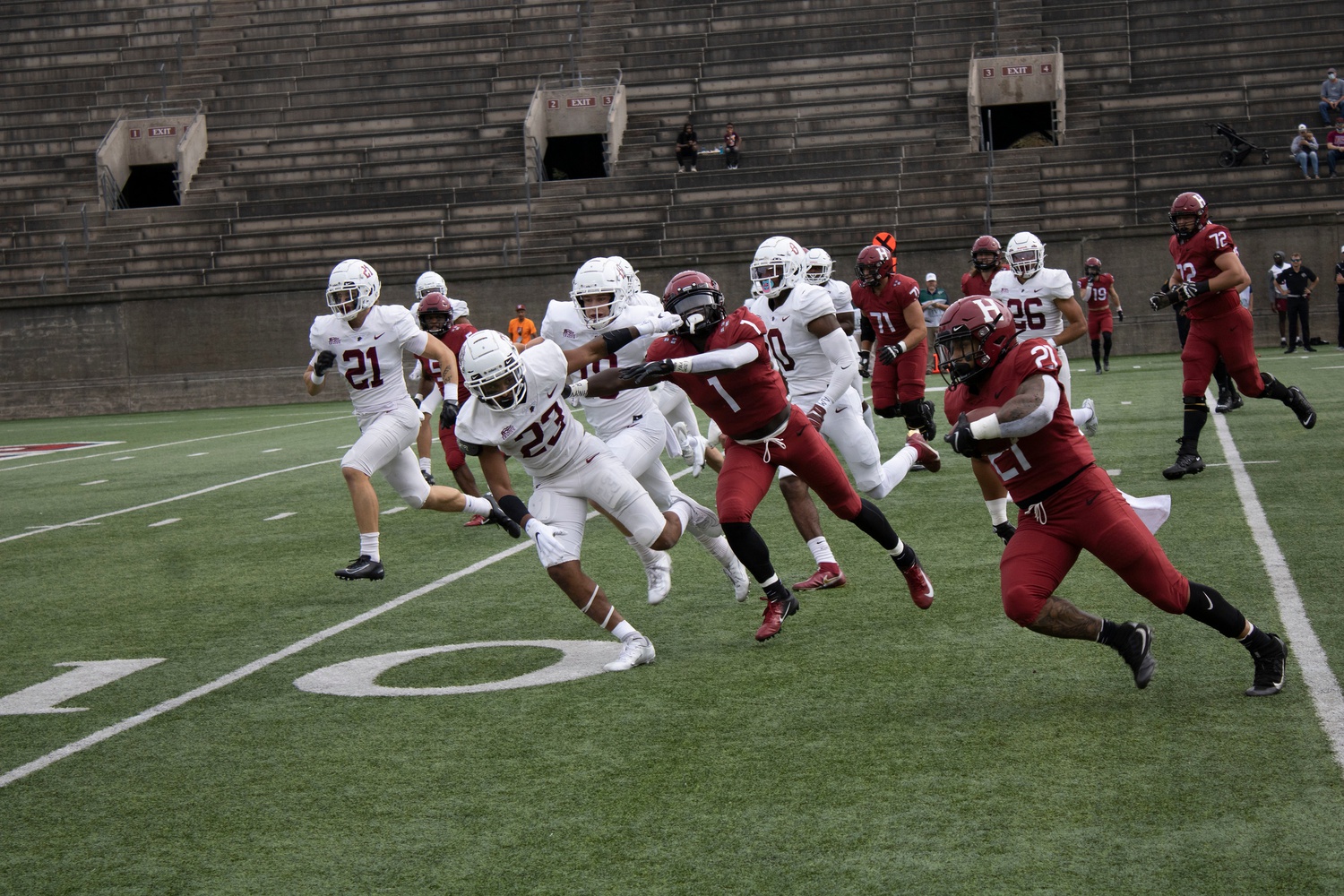 Despite resting junior running back Aaron Shampklin, who has been electric for the Crimson, Harvard’s run game didn’t suffer, with Borguet picking up the slack. By Mairead B. Baker 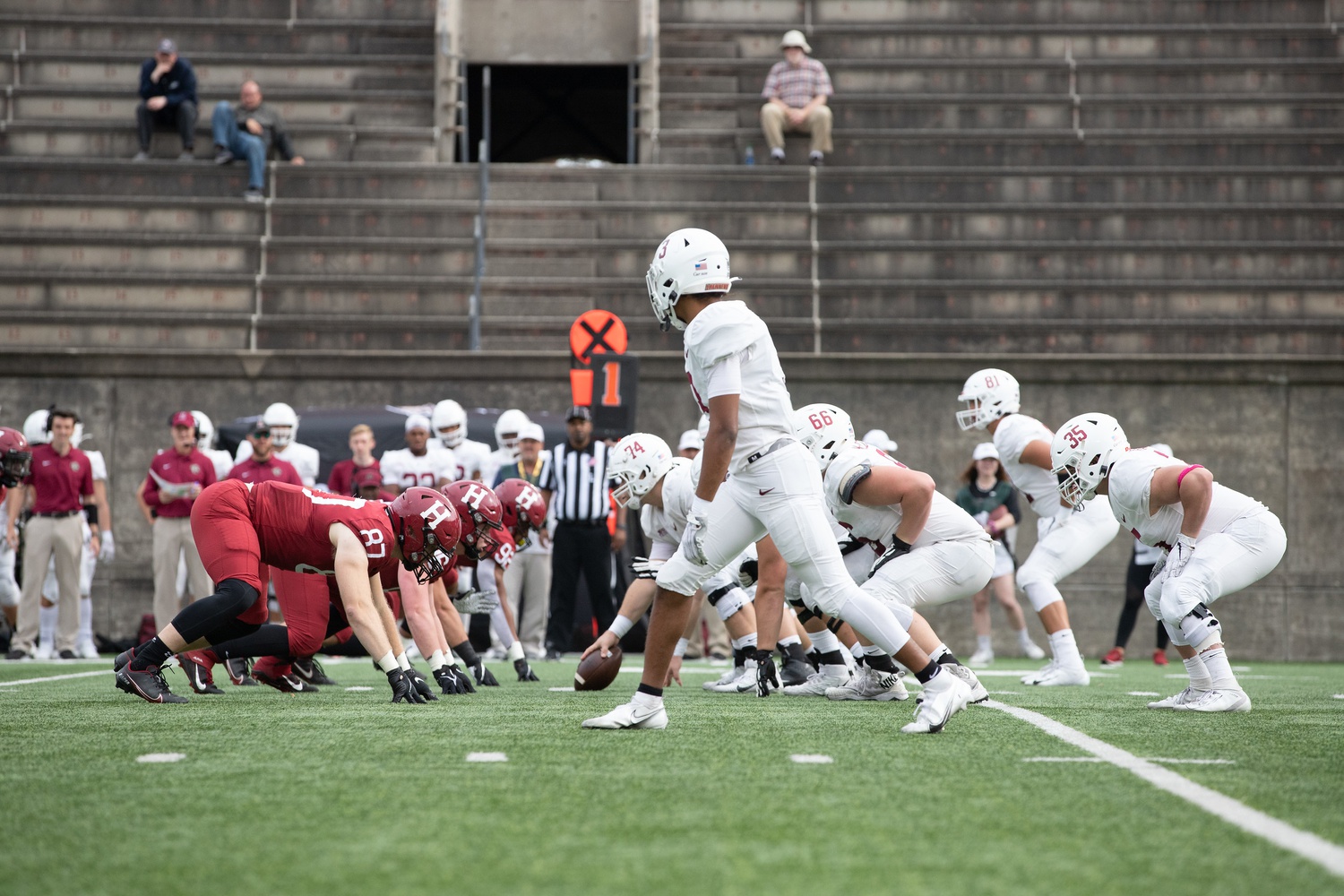 Harvard’s defense stayed strong in its final non-conference matchup of the season, keeping the Panthers out of the end zone while only giving up a single field goal. By Angela Dela Cruz 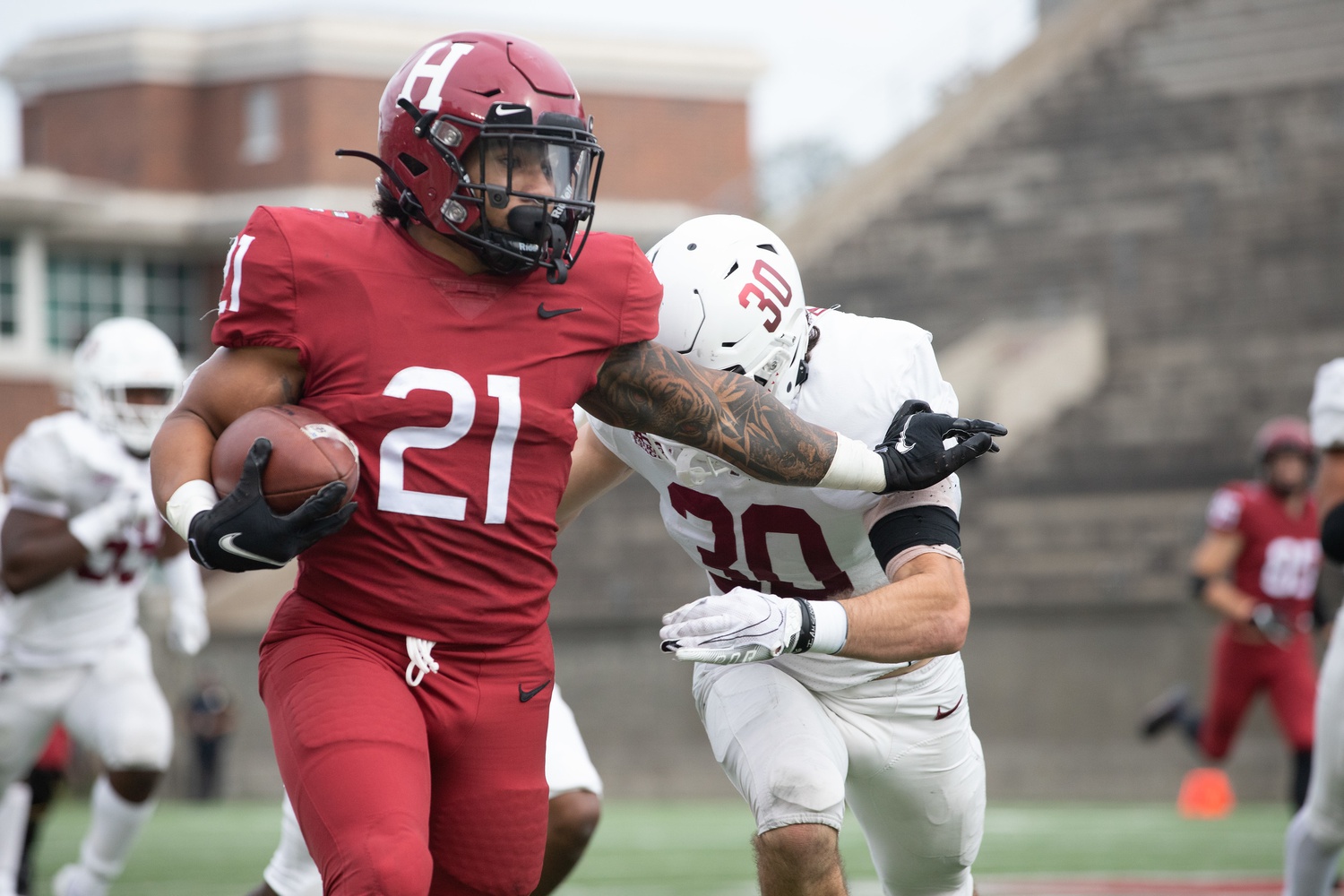 Bourget’s strong performance speaks to the depth of the Crimson’s run game. By Angela Dela Cruz