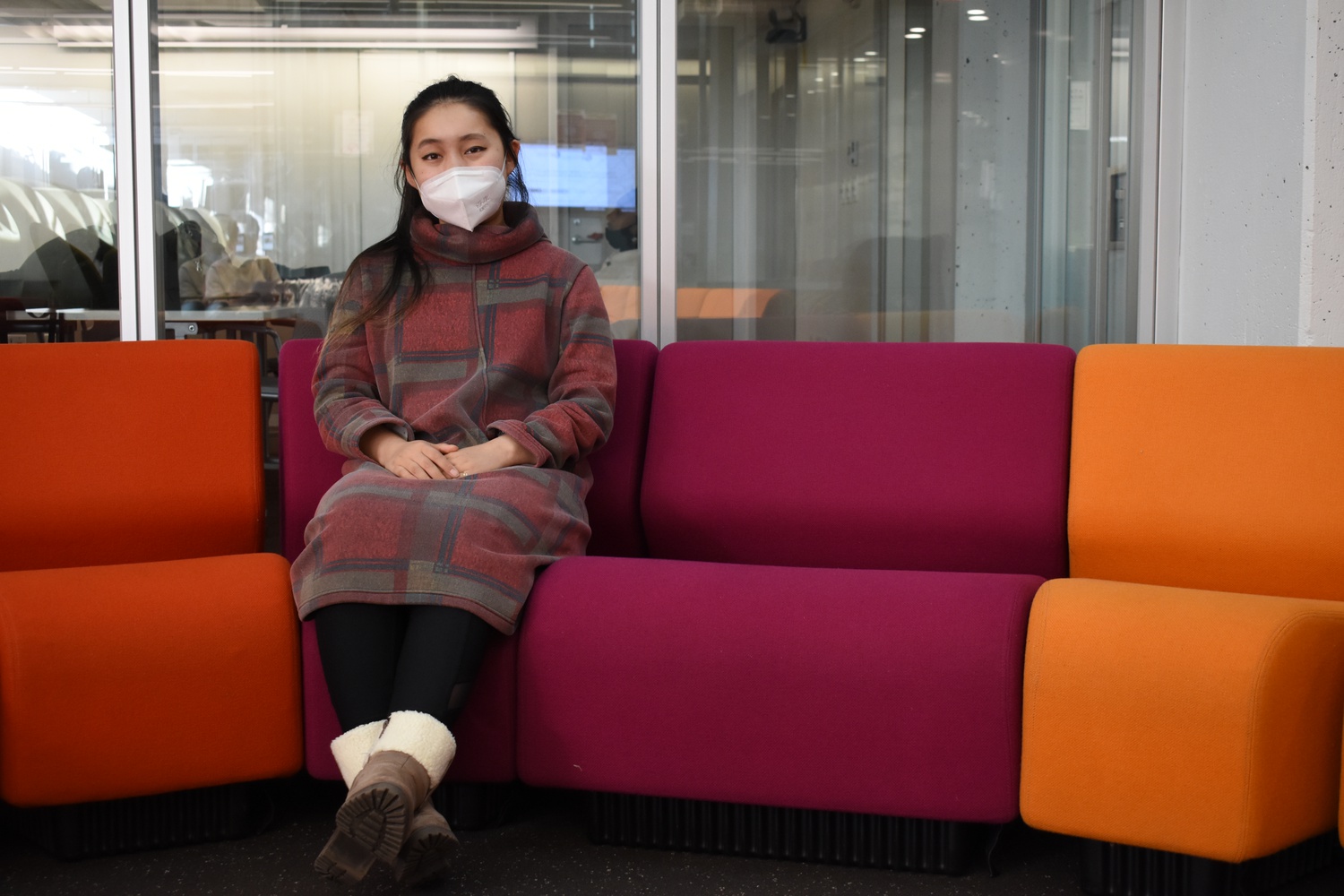 Cabot Science Library, A Little Treasure of the Past

Kevin Lin sits down with a friend, Karly Y. Hou '23-'24, and chats about remembrances of things past in Cabot Science Library.
By Kevin Lin

When prompted to talk about her “obsession” with Cabot Science Library, my friend Karly Y. Hou ’23-’24 is quick to clarify that she has in fact never used that word to describe her relationship with the space.

“You use the word ‘obsession,’ not me,” she laughs.

I remind her that when she was asked to provide a meaningful memory of how our friendship came to be for a birthday-themed scavenger hunt, she cited a late, unproductive night in Cabot Science Library, in which “we were both just hysterically laughing.”

I go on to remind her how, throughout freshman year, we would often meet up in Cabot. We would inevitably go on to banter long into the morning before the impending doom of not having finished our assignments set in, forcing us to return to our dorms to actually be productive.

Hou admits to these late Cabot Science Library nights, but with a caveat: “I think it's very much a freshman year thing.”

Since moving into Eliot House in September, Hou makes clear, she has set foot in Cabot just once.

Assuring me that my assumptions about her attachment to Cabot Science Library weren’t completely unfounded, Hou notes that “in freshman year, Cabot had a lot of star qualities.”

“The most attractive quality about Cabot, the reason I went all the time freshman year is because all our friends were there,” she says. Hou recalls always arriving there confident she’d find some friends.

“But now if you show up, the chances of seeing our friends there are so low because I think it’s a very freshmen place,” she says.

Hou comments how “the regulars,” as she calls them, have since migrated to House libraries, places like Widener, and their own rooms as they have become upperclassmen. She includes herself among those who have moved on from their days in Cabot Library.

“At the beginning of the year, I was working a lot in the d-hall because friends would walk by and it was like trying to recapture that sense of social studying,” she says. “But then I realized that social studying just isn't really a thing because if the social is there, there's no studying happening.”

For the first week of school, the Eliot dining hall was Hou’s makeshift Cabot, until she realized she couldn’t artificially replicate its intrinsic freshman year magic, especially since she wasn’t a freshman anymore.

Hou notes that she has simply changed as a student and as a person, and Cabot no longer serves the role it once did. She reassures me, however, that she’s at peace with that sentiment.

“It’s like a little treasure of the past, you know?” she says. “It’s like your childhood home: you don’t live there anymore, but you think of it, and you think of all the good times you had there.”