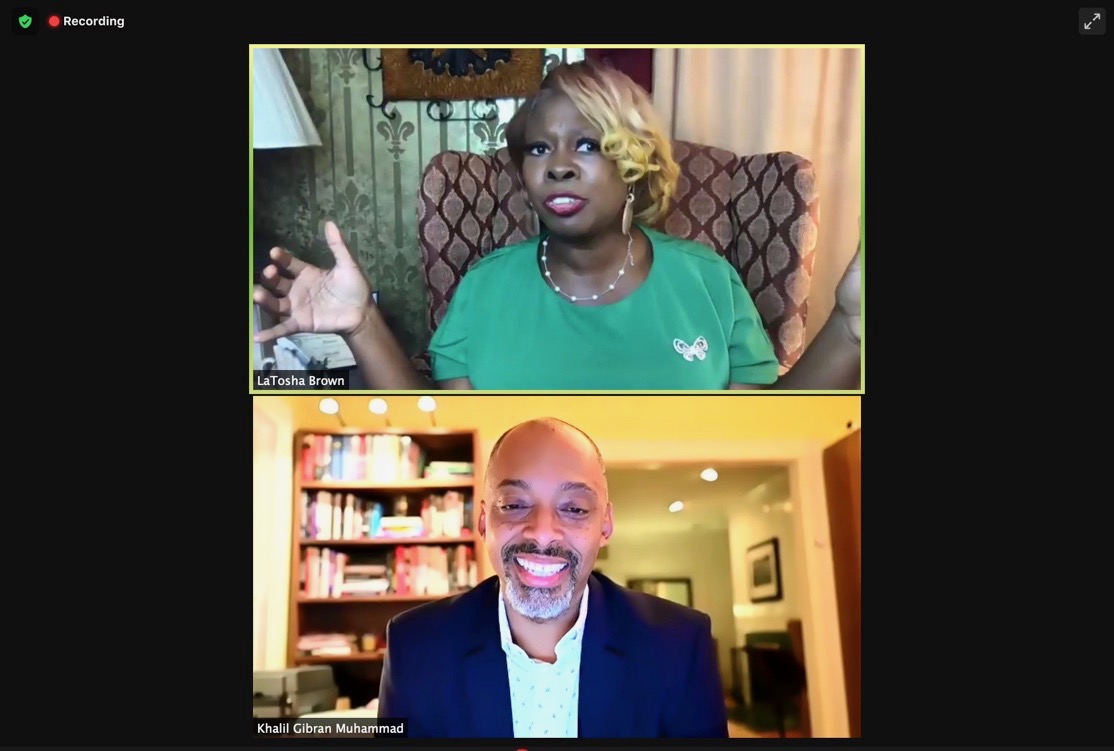 LaTosha Brown, co-founder of Black Voters Matter Fund and of the Southern Black Girls Consortium, discussed her experience mobilizing voters during a Thursday event at the Kennedy School’s Center for Public Leadership.

Brown opened the event by singing “Oh, Freedom,” an African-American freedom song that played a prominent role in the Civil Rights movement.

In the discussion, which was moderated by Kennedy School professor Khalil G. Muhammad, who studies history, race, and public policy, Brown said her family's history of enslavement in Alabama and her childhood in Selma have informed her organizing work.

“In the 90s, I started doing voter work because I started understanding that if we want to change policy, we have to engage people in the political process,” she said.

Brown said she had little campaigning knowledge when she entered politics as a candidate for the State Board of Education in Alabama. At the time, she was a single mother in her 20s.

Brown said her organizing background was ultimately a political strength in the campaign.

“Black organizations and Black leaders that do this work, that are literally shifting power, are constantly under attack,” Brown said. “But in spite of that, because I know the history, because I know that that's par for the course, because I know where I am and the environment, I've learned to really be able to navigate through that.”