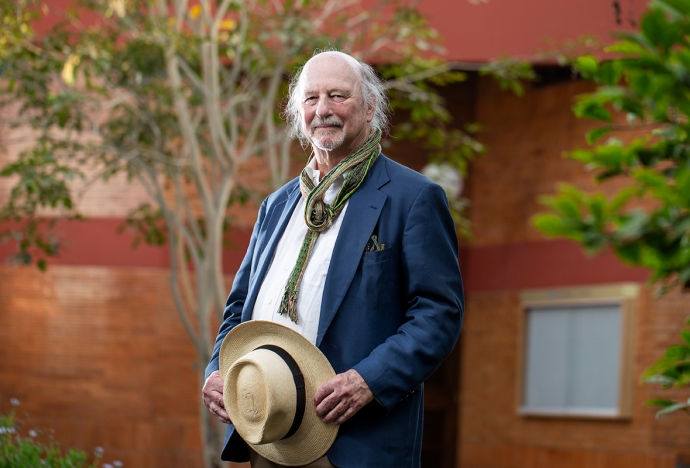 Professor of Pre-Columbian and Colonial Art Thomas B.F. Cummins was named the new director of Dumbarton Oaks, a Harvard-owned research institution in Washington, D.C. By Courtesy of Roberto Rojas
By Felicia He, Crimson Staff Writer

Harvard History of Art and Architecture professor Thomas B. F. Cummins has been named the new director of Dumbarton Oaks, a Harvard-owned research institution in Washington, D.C., according to a Tuesday press release.

Cummins has served as interim director of the institution since July 2020, when Classics professor Jan M. Ziolkowski left the role after 13 years.

“An eminent scholar and seasoned administrator, Tom has proven to be a wise and compassionate leader while serving as interim director of Dumbarton Oaks, and praise for his leadership has come from many quarters,” Dean of Arts and Humanities Robin E. Kelsey said in the press release. “I have every confidence that the Dumbarton Oaks community will thrive under his leadership.”

Cummins will take over the research institute located in Washington D.C.’s Georgetown neighborhood that was gifted to Harvard in 1940 by arts patrons Robert Woods Bliss and Mildred Barnes Bliss. Through fellowships, grants, public lectures, and symposia, the institution serves as a hub for Byzantine and Pre-Columbian Studies, as well as the study of garden and landscape architecture.

Known as the site of the 1944 Dumbarton Oaks Conversations, which ultimately birthed the Charter of the United Nations, the 54-acre estate now consists of a satellite research library, a museum, and National-Geographic recognized public gardens. In 2014, the campus gained a new fellows’ housing building to encourage interactions among visiting scholars.

“It is a great honor and privilege to become the Director of Dumbarton Oaks,” Cummins said in the press release, which noted he has previously served as a Senior Fellow at the institution. “The community and staff have been an invaluable part of my life as they have been for so many others.”

Cummins said in the release that he is “eager” to oversee the future of humanities study at Dumbarton Oaks and make the field “ever more exciting and relevant for future scholars from around the world.”

“Above all else, I look forward to reopening the doors of Dumbarton Oaks to share in the fellowship of scholarship and friendship after our universally shared year of isolation and darkness,” he said.