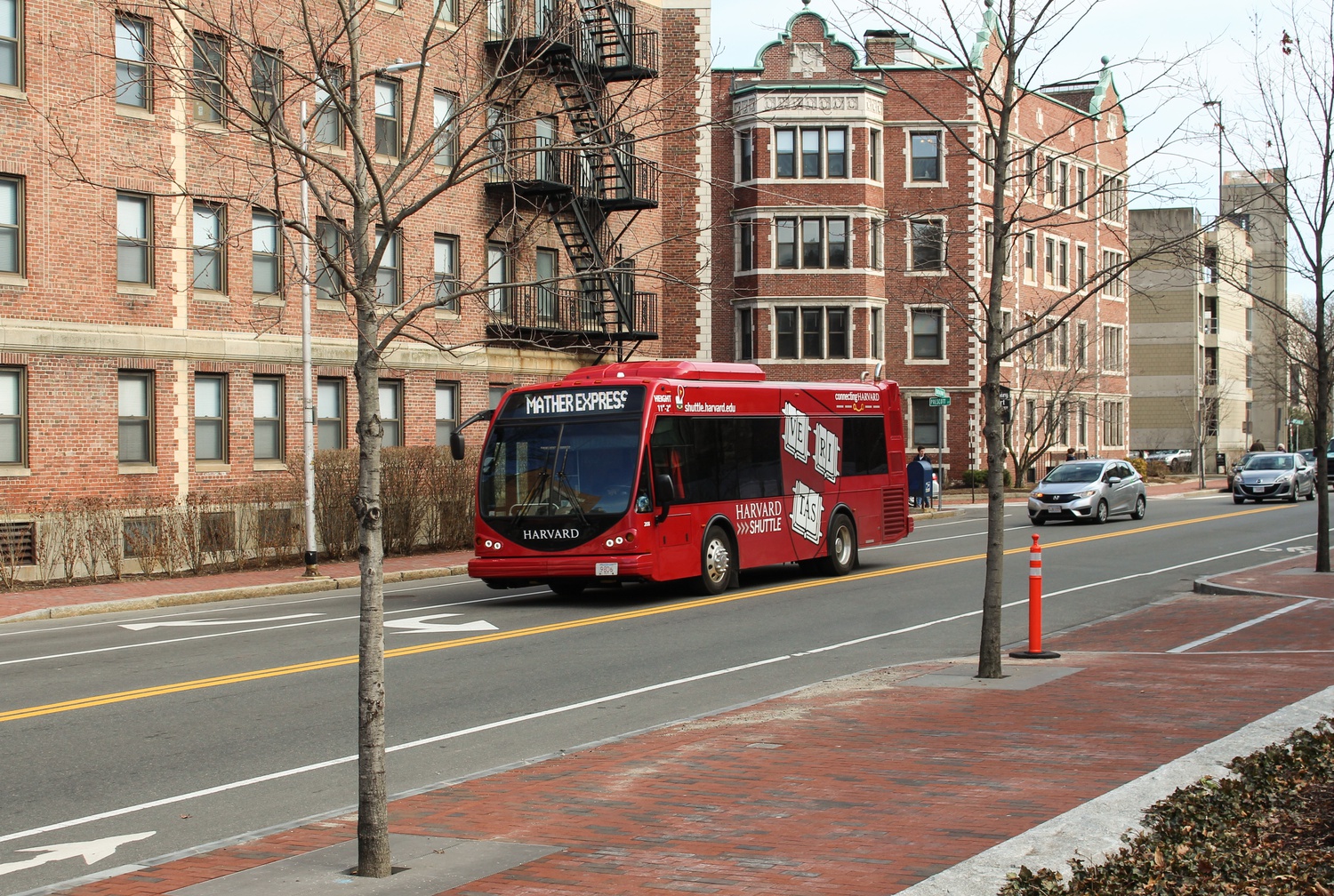 Harvard purchased four fully electric shuttle buses to curb its use of fossil fuels on campus, according to a Tuesday press release from Campus Services.

Proterra — an electric vehicle technology manufacturing company — will provide the buses, which are expected to be operational this fall. They will replace four bio-diesel powered buses currently in use, which represent more than thirty percent of Harvard’s bus fleet. The University will also invest in the necessary electric charging infrastructure to support the new buses, per the statement.

The purchase is part of an “aggressive effort” to advance climate change solutions, improve public health, and make progress toward Harvard’s goal of becoming fossil fuel-neutral by 2026 and fossil fuel-free by 2050, according to the press release.

“This is a transformational project that can have a tremendously positive impact in the community and demonstrates our latest commitment to sustainable transportation,” Managing Director of Transportation Services John W. Nolan said in the release.

Harvard’s shuttle bus fleet transports approximately 600,000 students every year across its campuses. The shift to electric buses is expected to lead to an annual reduction of 220,462 pounds of greenhouse gas emissions as well as “two key air pollutants” known to be harmful: 0.013 metric tons of harmful particulate matter and 0.752 metric tons of nitrogen oxides.

The statement also argued the buses will not only cut emissions, but “create less air and noise pollution,” in order to benefit neighborhoods surrounding Harvard’s campuses.

The project is being funded by a Massachusetts Department of Environmental Protection grant program, which is supporting nearly 100 similar projects across the Commonwealth with aims to “electrify the transportation sector.” The Harvard Green Revolving Fund will also provide a loan for Harvard to invest in charging infrastructure.

Recently, Harvard joined MassEVolves, an initiative that supports Massachusetts organizations that use zero-emission vehicles for their operations. As a participant in the initiative, Harvard pledged to implement a zero-emission vehicle action plan, including steps such as replacing bio-diesel powered buses with 100 percent electric ones.

“Investing in electric buses will have a positive impact on the health of people on our campuses and in the Cambridge and Boston area,” Managing Director of the Harvard Office for Sustainability Heather A. Henriksen said in the press release. “Harvard hopes to be a catalyst for other universities, businesses, and cities by piloting the transition to electric buses which contributes social, health, and climate benefits while being cost effective.”