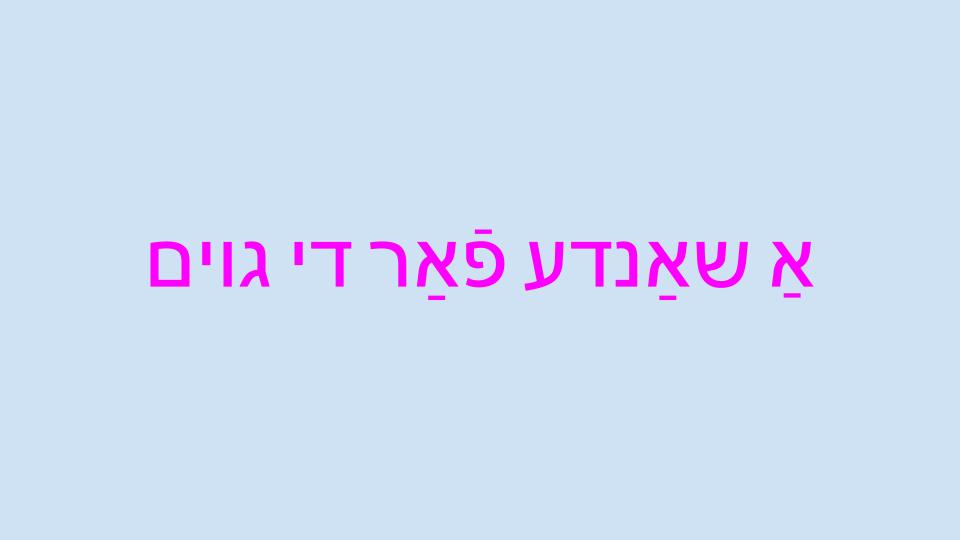 "Pretty much every girl I know has seen advertisements for these videos. Her ads are like the Shen Yun fliers of YouTube: ubiquitous, pretty, and vaguely cult-like. All of her thumbnails somehow look identical, even though she is wearing slightly different hairdos in all of them."
By Talia M. Blatt

Abby Roth (née Shapiro, sister of right-wing commentator Ben Shapiro) is a “classic woman.” If that term seems meaningless, don’t worry — she defines it on her website: A classic woman loves fashion, even at the expense of comfort. A classic woman loves marriage and preparing food for her husband. Most importantly, a classic woman holds classic political views, which Roth loosely defines as conservative. If you’re still confused, she has hundreds of videos outlining the necessary steps to join her “classic crew™.”

Pretty much every girl I know has seen advertisements for these videos. Her ads are like the Shen Yun fliers of YouTube: ubiquitous, pretty, and vaguely cult-like. All of her thumbnails somehow look identical, even though she is wearing slightly different hairdos in all of them. Beyond her YouTube channel, Roth has an active presence across social media platforms — a necessity for her self-proclaimed status as the “first conservative influencer.”

It’s her early content that most aligns with the standard “influencer” concept: dozens of banal videos about make-up, fashion, and music. Compared to other influencers, she was poorly viewed: Most of her videos received only a few thousand views; just two out of her first 60 videos cleared 500,000 views. One of those two was entitled: “CONSERVATIVE WOMEN, IT’S OUR TIME.”

The “influencer” side of her brand — aesthetics — serves one obvious purpose. It extricates her from the other creators who preach her messaging, but are less palatable to conservative women: PragerU, for example, and her brother — assuming she is not actually Ben Shapiro with a better skincare routine, as some commenters on her videos have hypothesized.

So Roth’s “influencing” might be a marketing strategy that beautifies and sanitizes reactionary ideology. But if aesthetics are her main influencing tool, then she’s only being received as an influencer by a few thousand people. Her most-viewed videos have been slammed: “CONSERVATIVE WOMEN,” for example, has nearly four times as many dislikes as it has likes; top comments include “Ma’am this is a Wendy’s” and “When your trust fund is being spent on YouTube ads.”

In sum, there’s a puzzling disconnect between her brand’s stated goals and the reality of her online presence, to the extent that one wonders what she’s really trying to do here, and whom — if anyone — she is truly trying to influence.

The first Classically Abby video I ever saw, titled “If You Care About Women, Be PRO-LIFE,” was posted last August and has since accumulated almost a million views. As with most of her provocative videos, Roth spends the duration staring into the camera (I don’t think she blinks at all in this video, but I’d have to rewatch it to check, and I’d rather avoid the nightmares). She is unsettlingly static in the center of the frame for all six-and-a-half minutes. Behind her, she has her usual array of flowers, perfume, dresses, and mirrors, spiced up with some emotional background music that swells aggressively as she approaches the finish line. She doesn’t so much speak as intone: “You don’t get to choose what happens with someone else’s body.”

Obviously, this is deeply ironic. More interestingly, anti-abortion content puts her in line with other online personalities such as GirlDefined and members of the “Christian mommy blogger” phenomenon. GirlDefined is a particularly apt comparison, comprising two traditionally attractive (read: thin, white, and blonde) women who make videos about love, work, and faith in a bedroom that could be from a Sears Catalogue.

But GirlDefined is distinct from Roth in two central ways: First, GirlDefined does not seem to receive the degree of vitriol that Abby does. GirlDefined’s book trailer video, for example, received roughly 100,000 views, and more likes than dislikes. Meanwhile, “If You Care About Women” has received quadruple the number of dislikes as likes.

Second, both GirlDefined and the big mommy bloggers are explicitly, forcefully Christian, while Roth is Jewish. When I think about why I initially clicked on one of Abby’s ads, beyond morbid curiosity, I think that her Jewishness had something to do with it. I don’t typically associate influencers with Judaism, largely because I know personally that Jewish women rarely fit beauty standards promoted in influencer trends — our hips, noses, and hair get in the way. But unlike most influencers I’ve encountered online, Roth looked strikingly Jewish, which is to say she looked just a little bit like me.

So I was hoping subconsciously that Roth’s Jewishness would make her different and somehow more relevant to me. It was disappointing and unnerving that I found in her a presentation of Jewish womanhood eerily similar to models espoused by the Christian right.

That’s not to say that Abby shies away from her religion. On the contrary, many of her political and advice videos explicitly link her faith to her content, including the absolute banger “LADIES, STOP HOOKING UP || A Jewish wife's message about sex!”: a monotonous sermon on the horrors of casual sex that alternates between Roth’s eyes, widened a la “Clockwork Orange,” and strangely angled stock photos of women in pain.

This embrace of Jewishness may put off the strongly Christian contingent of GirlDefined fans: Despite the similarity in most other aspects of their content, GirlDefined has almost 70,000 more subscribers than Abby. It’s no secret that the Christian right remains a hotbed for anti-Semitism.

At a deeper level, though, Roth’s use of Judaism is fundamentally a contradiction. In a video titled “5 Things You DIDN’T Know About JUDAISM,” she says that Jews don’t proselytize. Theologically, I’m inclined to agree, as Judaism doesn’t actively seek converts. But it’s a bizarre thing for her to say, when the content of her videos, her entire strategy, is proselytization.

Religion is notably absent from her anti-abortion video. I can hypothesize a couple reasons for this. First, the Hebrew Bible and the Talmud can be interpreted as far more accepting of abortion than she is. This is interesting to me because I study comparative religion, but a more objective reference is simple math: According to Pew Research, the proportion of Jews in the U.S. that supports legal abortion is higher than that of every other religious group, including non-believers.

So if we return to the question of Abby’s desired audience, it would be silly to pinpoint Jewish people, when she’s spouting ideas that fly in the face of the vast majority of American Jews. (As my grandparents might have said, she’s a shanda far di goyim — a Jew who embarasses other Jews to non-Jews.) It seems instead that she’s promulgating a version of Judaism aimed at fundamentalist and evangelical Christian women, who aren’t all that interested in what she has to say.

She’s thus not “influencing” the Christian far right, or Jews, or people who just want makeup advice. Her brand is running on fumes — literally, people fuming.

And ultimately, I think that’s what she wants. I don’t think her true goal is to be an influencer. As the comment sections on all of her videos substantiate, Roth’s ads are not targeting style-challenged right-wing Christian women. Instead, they are widely received by me and girls I know: feminist, left-leaning college students who loathe every aspect of Roth’s content.

Essentially: Roth’s ads are deliberately designed to repulse people, not influence them. And YouTube’s algorithms prioritize total views, rather than like-dislike ratios, so Roth may have monetary incentive to engage in this hate-proliferation.

But she also likely has a deeper project. Cancel culture is one of Abby’s greatest bugaboos. Again, for her it is a religious issue — in July, she tweeted: “Cancel culture goes against the very idea of repentance. You can't cancel someone for their past mistakes if you’re a religious person who believes in redemption.”

Her video stats and deliberate provocations may then be a means of martyring herself — a self-cancellation. And she has made herself the perfect cancel culture victim. The more that the ‘woke mob’ comes for her, the more potent her piety and banal aesthetics become as proof of her innocence and goodness: She’s a white woman who’s modest, opposes abortion, and warns against premarital sex; the far right couldn’t ask for a better symbol.

The real question is where she goes from here. Maybe she’ll simply continue to clutter our YouTube feeds with noxious ads. But perhaps she has bigger goals: Last year, at the Conservative Political Action Conference, she sang the national anthem — a performance that sounds wonderful in comparison to this year’s astonishingly awful rendition. This year’s CPAC also rallied ambitious rightwingers around cancel culture. Given Abby’s strategy, it wouldn’t be surprising to see her at CPAC and other national stages as a speaker rather than a singer — and maybe even as a candidate.