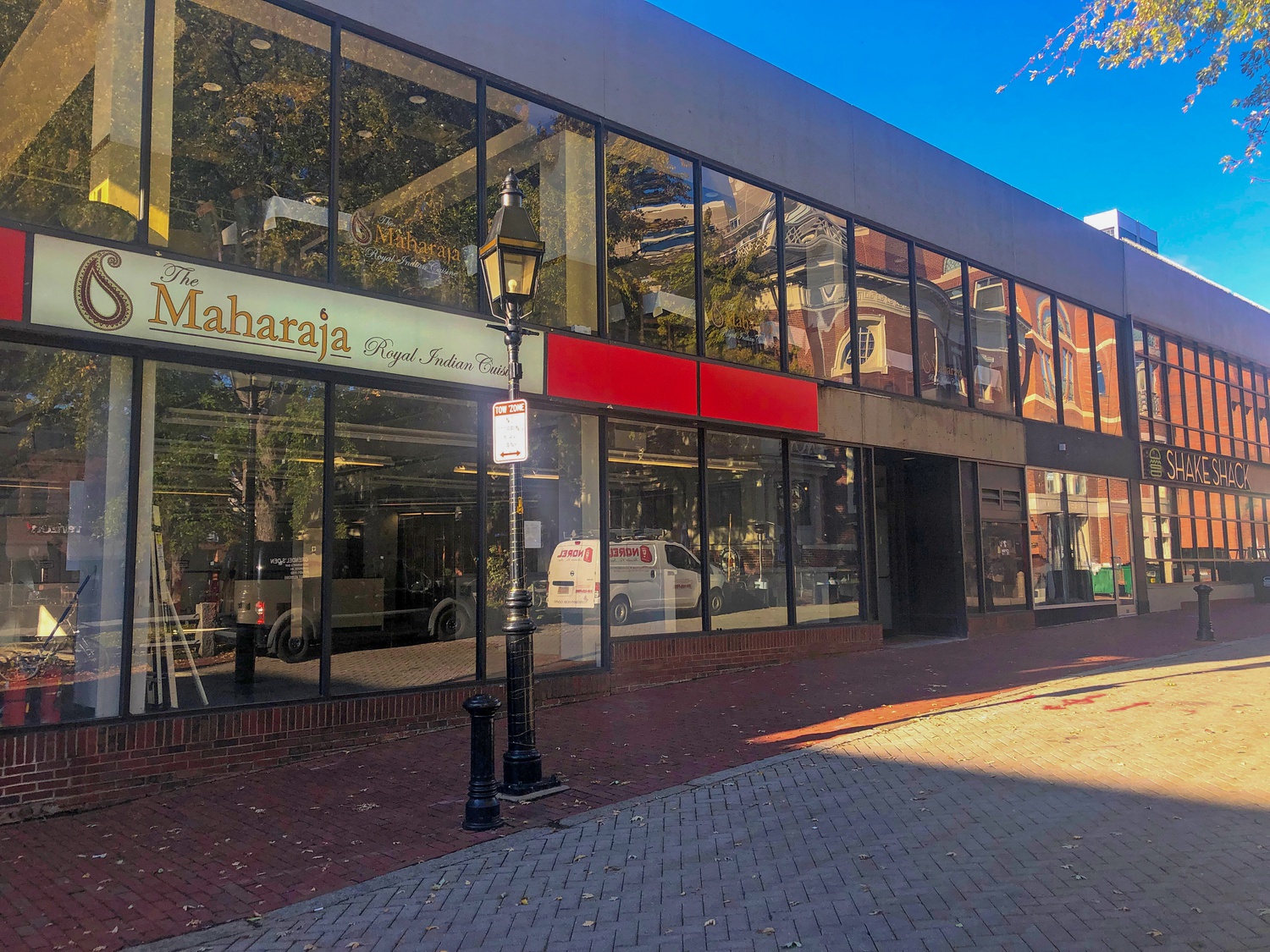 Cookies, a cannabis dispensary, is set to occupy the space that formerly housed Staples in the Crimson Galeria. By Mairead B. Baker
By David R. Shaw and Davin W. Shi, Crimson Staff Writers

The Cambridge Planning Board unanimously approved a special permit for cannabis store Cookies on Tuesday, allowing it to open in Harvard Square in the near future.

Despite the opposition of some local organizations and Cambridge residents who had concerns that the adult use retail marijuana dispensary would be located in an extremely prominent and desirable retail corner in the Square — the former Staples store space at 57 JFK St. — Cookies is moving ahead in its opening with this latest approval.

Cookies and its partner Blue Enterprises — a majority equity owner for the application — are both minority-owned businesses and qualify as “economic empowerment applicants” for a license to sell recreational marijuana. Economic empowerment applicants are businesses that receive marijuana licenses from the state through a program aimed at helping groups disproportionately impacted by past drug policies.

Very few businesses have successfully opened in Massachusetts under the program.

Damond Hughes, co-owner and operator of Blue Enterprises, said opening Cookies in Harvard Square would be a “dream come true” for him and his team. Hughes has owned and run his family’s liquor store in Boston for 10 years.

Malaika Moses, another co-owner of Blue Enterprises, said Cookies would engage with and highlight local, minority artists, become “stewards” of the nearby Winthrop Park, and provide “seed funding” for philanthropic programs.

“What we can do — because we care about the community and we want to lift as we climb — is use that facade space on JFK to help artists display their work,” Moses said.

Because Cookies is not allowed to have any of its products or paraphernalia in public view, a gallery space featuring local artists will run along the side of the dispensary on JFK Street, according to project manager William Chalfant.

Many Cambridge residents and business owners spoke out in support of the proposal at Tuesday’s meeting.

Kathleen O. Reed, senior pastor of University Lutheran Church in Harvard Square, said she “look[s] forward” to the completion of the project. She also referenced a Feb. 27 op-ed in CommonWealth Magazine authored by four Cambridge City Councilors arguing in support of the proposed dispensary.

“The title of the op-ed sums it up: ‘Support black-owned cannabis shop in Harvard Square.’ Opportunity exists to counter decades of injustice,” Reed said. “And to that, University Lutheran Church says amen.”

Grant S. Ellis, a Cambridge resident and president of the Massachusetts Cannabis Reform Coalition, said he was in “vehement support” of the proposed dispensary.

“Without question, this has been the best proposal I’ve seen from any applicant at any point over the past 18 months,” he said.

Raj Punjabi, owner of The Maharaja — which is located directly above the space eyed by Blue Enterprises — said Cookies Cambridge would attract “much-needed” foot traffic and new customers to Harvard Square. Chalfant estimated that Cookies would serve 350 customers a day.

“We’re excited to see the old Staples storefront be used in a way that will draw more interest and more customers to the Galeria and hopefully to our business,” Punjabi said. “As a neighbor and a fellow business owner, they have our full support.”

Harvard Professor of the Practice of Public Philosophy Cornel R. West ’74 also called into the meeting to speak “strongly and wholeheartedly in support” of the proposal.

“I would want to accent the historical significance of this, in addition to the quality, and the ways in which a commitment to diversity go hand-in-hand with a commitment to quality,” he said. “By historical significance, I’m thinking of the Moses family [of civil rights activists]. They constitute spiritual nobility and a moral royalty in the history of this nation.”

Some Cambridge residents, however, called into question the legality of the application.

Patrick Hanley, an attorney and former chief of gaming enforcement for the state of Massachusetts, said Cookies “has chosen not to play by the rules,” and accused it of sidestepping the economic empowerment application guidelines.

Philip A. Borden — a Cambridge resident — also opposed the proposal, though he said generally speaking, he supports cannabis in Harvard Square.

“I cannot support putting a large marijuana shop at 57 JFK St.,” he said. “There is a reason that state and local laws around the country prohibit locating pot shops directly on public parks. Those laws are trying to maintain the wide range of uses, the openness, and the vibrancy of our public parks.”

City Councilor Marc C. McGovern, who co-authored the op-ed in support of the proposal, said during the meeting the proposal in fact “fully complies” with zoning regulations. In the op-ed, McGovern and other councilors argued zoning objections to cannabis stores in the Square are a veil for deeper objections.

“They are opposed to a business that runs counter to their vision of an ‘acceptable’ business for Harvard Square,” they wrote. “This is visible when opponents imply that the proposed establishment would necessitate an increased police presence in Harvard Square or that it belongs in a basement location instead of on a prominent corner.”