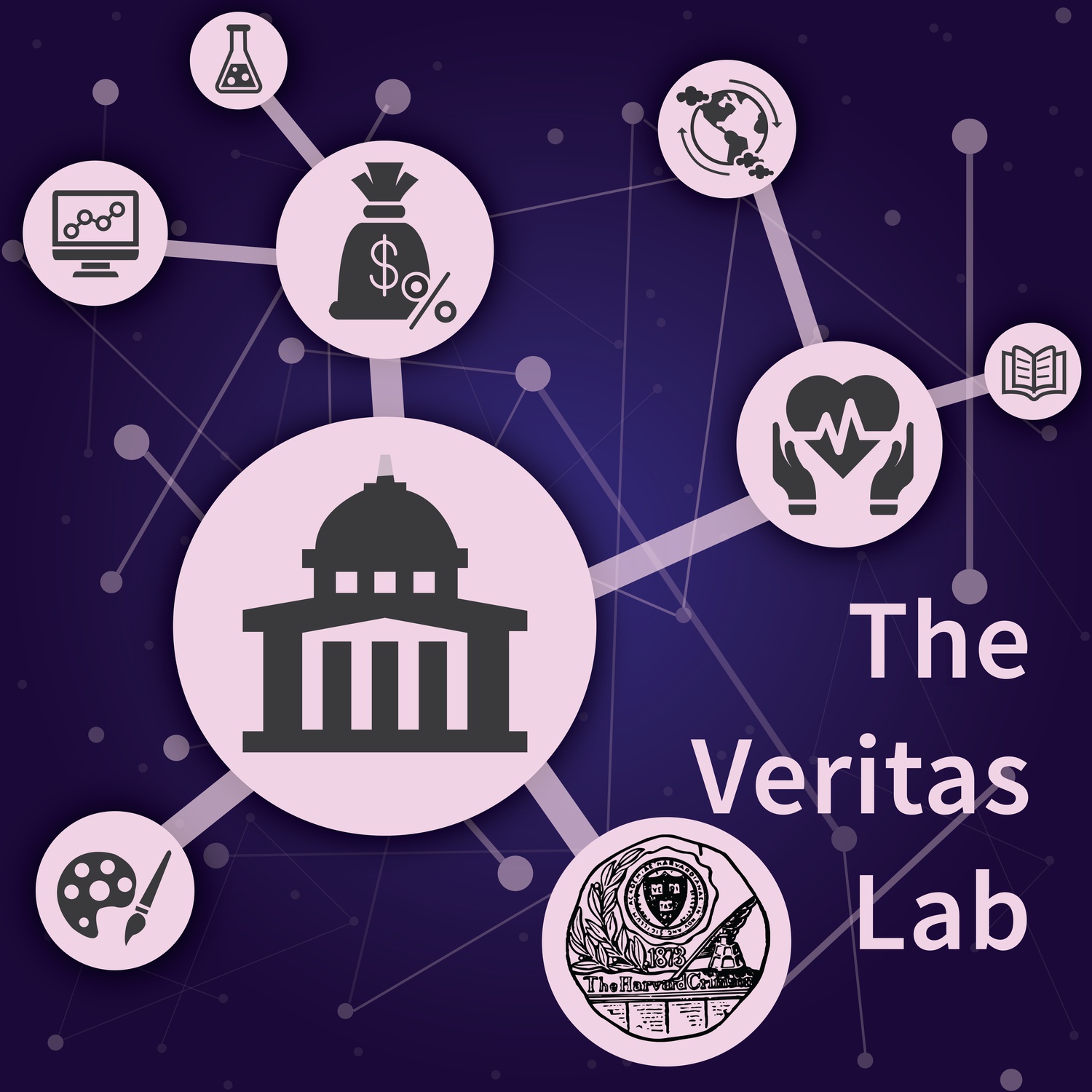 Harvard professors are known for their cutting-edge research—and also for their effervescent and eccentric personalities. The Veritas Lab, hosted by Katelyn X. Li and Sanjana L. Narayanan, gives you a glimpse of both. Through lively conversations with professors across Harvard, we get at the truth behind the most exciting issues in modern research. Produced by Amanda Y. Su. Podcast art by Margot Shang. Listen and subscribe on Spotify or wherever you get your podcasts.

Have you ever wondered how that mushy glob of tissue –– producing your every thought, action, and emotion –– is built? In this episode, we sit down with Jeffrey Macklis, a professor in Harvard’s Department of Stem Cell and Regenerative Biology and Center for Brain Science, to tackle gripping questions about how the brain develops and what happens when things go wrong in cases of disease and disorder. Tune in if you’re curious about how sets of genes can orchestrate brain development with remarkable precision, and about the potential to apply this innovative research towards regeneration and repair of the human brain.

The fundamental particles we know and love might actually be made of tiny strings that vibrate like the strings of a guitar. We also might be living in a universe with tenor more physical dimensions, some of them curled up where we can’t see them. These ideas, which are at the core of string theory, may sound extraordinary — but they may also be the key to that holy grail of physics, a theory of everything. In this episode of The Veritas Lab, Cumrun Vafa, a professor in Harvard’s Department of Physics, gives us a fascinating tour of the power and perplexities of string theory. If you’ve ever wanted to imagine what spacetime might look like at scales of 20 orders of magnitude smaller than a proton, take a listen!

Literary studies is suffering from a “crisis of confidence,” according to Harvard English professor Beth Blum, from both within and without. Compared to the concreteness of historical fact and scientific data, the humanities are all too often dismissed as offering no practical value, only art for its own sake. In this episode, we sit down with Professor Blum to push back against that argument. In her thought-provoking book The Self-Help Compulsion, Professor Blum untangles our insatiable craving for utilitarian reading like self-help, and argues that literature — even modernist novels as purely aesthetic as James Joyce’s Ulysses — may offer us just as much practical wisdom, if we only take the trouble to look for it.

Computer algorithms can be a double-edged sword. On the one hand, they have the power to transform our understanding of economic policy and social phenomena — from ride-sharing technology, to election prediction, to YouTube recommender systems, to tax policies. Conversely, algorithms can harbor hidden biases. And since modern machine learning systems are often too complex for humans to understand, we may not even recognize when and how algorithms are discriminating against minority populations. In this episode, Harvard computer science professor David Parkes walks us through his research at the intersection of economics and CS, and explains how to leverage the benefits of algorithms without compromising on fairness.

What are the real causes of instability and conflict in the Middle East? Why did some countries successfully transition to democracies after the Arab Spring uprisings, while other countries remain embroiled in violence? And what’s next for the future of American foreign policy in the region? In this episode of The Veritas Lab, Harvard Government professor Melani Cammett dives into the politics of development and destabilization in the Middle East, addressing these questions and many more. Presented by the Harvard Crimson. Hosted by Katelyn Li and Sanjana Narayanan. Produced by Amanda Su. Podcast art by Margot Shang.

What are the real causes of instability and conflict in the Middle East? Why did some countries successfully transition to democracies after the Arab Spring uprisings, while other countries remain embroiled in violence? And what’s next for the future of American foreign policy in the region? In this episode of The Veritas Lab, Harvard Government professor Melani Cammett dives into the politics of development and destabilization in the Middle East, addressing these questions and many more.

The ongoing pandemic has forced us to take a closer look at the American education system. With many schools shuttering across the country, it has become clear that marginalized communities are less likely to receive safe, in-person education than historically privileged groups. Should schools reopen if it means exacerbating these already wide socioeconomic inequalities? The field of educational ethics — developed by Professor Meira Levinson from the Harvard Graduate School of Education — can help educators and policymakers answer moral quandaries like this one. In this episode of The Veritas Lab, Professor Levinson introduces educational ethics and its potential to remedy long-standing issues of injustice.

Climate change is one of the most pressing issues facing our planet today. But this is not the first time Earth’s weather patterns have undergone cataclysmic disruptions. Just take a look at the global ice ages that occurred millions of years ago. These “Snowball Earths” likely had tremendous consequences: freezing the world over, triggering an upsurge of atmospheric oxygen, and maybe even giving rise to multicellular life. With near-record warming in the Arctic and environmental disasters ravaging the globe, understanding Earth’s geologic past may be crucial to ensuring that our planet even has a future. In this final episode of The Veritas Lab, Harvard geology professor Daniel Schrag discusses the tumultuous history of Earth’s climate and the preliminary steps we should take on the long road to decarbonization.