The 98 Percent: NIL and a New Era of Opportunity for Harvard Student-Athletes 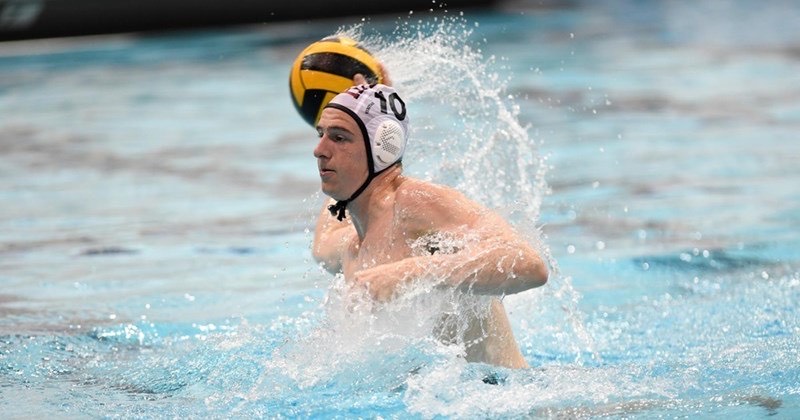 Nick Bunn ‘19 fires a shot on goal during his playing days at Harvard. He hopes to continue impacting the campus and Harvard student-athletes through his new company, 98Strong. By Courtesy of Nick Bunn
By A.J. Dilts, Crimson Staff Writer

This past summer, a seismic shift occurred in the landscape of college athletics. Beginning on July 1, 2021, the NCAA adopted policies that grant Division I, II, and III student-athletes the right to profit off their name, image, and likeness (NIL). While the highly anticipated decision drew mostly praise (and a fair bit of criticism) from NCAA fans, athletes, and coaches, the rule change has also provided an opportunity for private organizations outside the universities to play a major role in the new NIL era of college sports.

As the July 1 date drew nearer, former Harvard men’s water polo player Nick Bunn ’19 and childhood teammate Andrew Mavis (who also starred in college at George Washington) launched such a company to help student-athletes connect directly with potential partners and profit from their NIL. Bunn and Mavis founded “98Strong” — which derives its name from the fact that more than 98 percent of NCAA athletes do not reach the professional ranks in their respective sport — on the belief that student-athletes from every team and level of play deserves to benefit from NIL. Rather than help a likely future NFL first-round draft pick sign million-dollar sponsorship deals, Bunn’s and Mavis’ aim is to help the “98 percent” earn small yet significant and consistent amounts of money while competing for their schools.

“You’ve got the entire 98 percent [of college athletes] which are not going to go pro, just like Nick and I,” Mavis said. “How are they going to monetize [NIL] if they only have 1,000 [social media] followers? So we then came up with 98Strong, which is essentially that collectively as a group, as a 98 percent, we are significantly stronger than that 2 percent. Our belief is that every single student-athlete should have the opportunity to capitalize on this new ruling. Once it went live on July 1, our database went from a couple kids […] to 300 literally overnight, and now we're near 1,000.”

To connect student-athletes with sponsors, Bunn and Mavis first field potential deals from private businesses and sponsors. After the company requests a certain amount of student-athletes from Harvard, for example, to sponsor their product, 98Strong sends an email to each of the student-athletes in its “database” from Harvard with information about the sponsorship deal. For the players that accept the deal, a second email is sent to ensure that, by endorsing the company’s product, they are in full compliance with NCAA, Ivy League, and university rules governing NIL. Once the school’s compliance officer finds that the sponsorship deal agrees with current NIL policies, the student-athlete can receive payment from the company for sporting their product around campus or posting a picture of it on social media.

Despite starting 98Strong just two months ago, Bunn and Mavis have already found that private businesses — whether large corporations, young startups, or local restaurants — are especially drawn to the brand power of the Ivy League and Harvard Athletics.

“The Ivy League has always been one that's very notable to the companies at any level,” Bunn said. “Being [represented] by some of Harvard's best athletes — that's an incredible thing and super valuable. Within the way that we look at priorities, and then what we've seen from sponsors among the power five conferences of college athletics [SEC, Big Ten, ACC, Big 12, and Pac-12], the Ivy League fills in as our number six, being one of those key priority markets for us.” 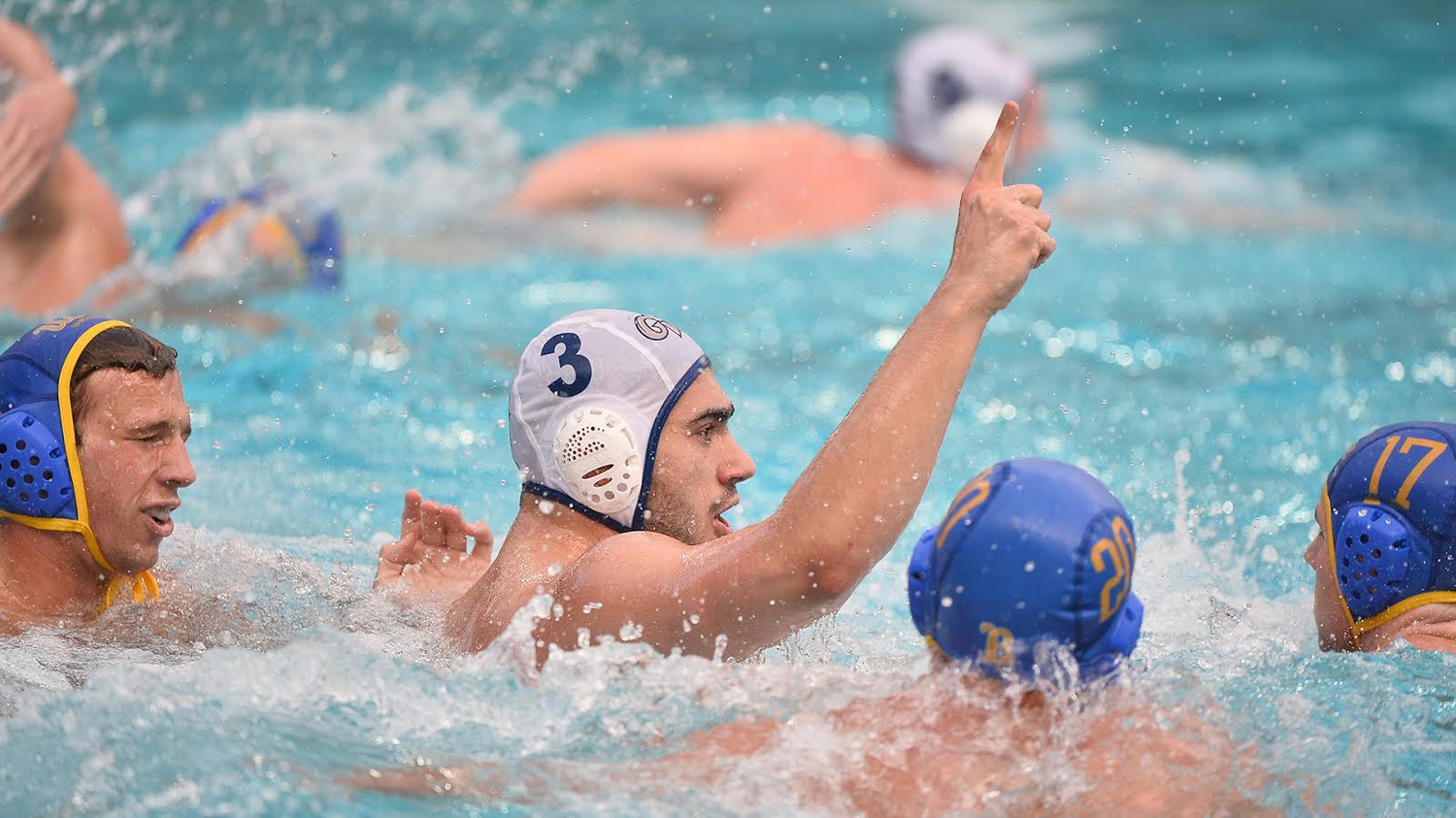 Former George Washington star and three-time ACWPC All-America honorable mention Andrew Mavis finished his illustrious college career in 2019, but has remained close to collegiate athletics through his passion for helping student-athletes navigate the new era of NIL. By Courtesy of Andrew Mavis

For Bunn and Mavis, the decision to launch 98Strong was fueled in part by their success as Division I men’s water polo players. Mavis, a three-time Association of Collegiate Water Polo Coaches (ACWPC) All-American honorable mention at George Washington, feels that his achievements in the pool could have extended into small endorsement deals with water polo ball or goggle companies. Bunn argues that for a student-athlete wanting, for example, a meal in Harvard Square or an exercise band to help with workouts, earning 50 to 100 dollars a week is significant. And as college athletes work to balance their classes, team practices, and other responsibilities, Bunn and Mavis feel it is the role of private organizations such as 98Strong to handle the additional work of searching for NIL endorsement deals.

“We spent our time in college dedicating ourselves to water polo, getting ourselves to study, and do all sorts of other things,” Bunn said. “Often [we were] kind of looking for like, what was the quick job that I can do to maybe get a little bit of money into my pocket to get a burrito from El Jefe’s or any of those types of things right, which is like, how do I get a little bit of extra income.”

While many players, coaches, and fans are enthusiastic about the opportunities NIL will bring to collegiate athletics, there remains a small contingent of voices in college sports that are skeptical of such drastic rules changes. The majority of these argue that as the largest endorsement deals gravitate towards an elite group of star athletes within a small circle of prestigious schools, locker room tensions will worsen between players and the polarization of talent and revenue will increase between “power” and “mid-major” athletic conferences.

Bunn and Mavis, however, seek endorsement deals for large groups – or “squads” — of student-athletes competing for a single college at once. 98Strong’s central philosophy holds that within a college campus, the aggregate brand power of dozens of student-athletes is able to match, if not surpass, the individual star power of one future professional athlete. For those athletes like Bunn and Mavis in the “98 percent,” their interactions with classmates in dining halls, section discussions, and activities on the weekends provide them ample opportunities to influence the university.

“We look at it collectively as a squad,” Mavis said. “You have 50 Harvard student-athletes that are all representing a specific company — that's maybe 50,000 to 70,000 followers [total]. You pretty much have the attention of the entire student body [...] That's what makes us different from every other NIL platform out there. [Most NIL platforms] don't look at the little guy, but the little guy is so valuable. That guy is the most influential on campus. He might not be a global brand name, but he's well known on campus, that's for sure.”

As 98Strong’s co-founders continue navigating the unprecedented waters of NIL in collegiate athletics, they remain firm in their understanding of the sacrifice and pride that comes with competing for a university. Both Bunn and Mavis led their water polo programs to the most successful seasons in their respective schools’ histories, with the 2016 Harvard men’s team reaching as far as the NCAA semifinals.

“It's a lot of sacrifice,” Bunn said. “[Being a student athlete] is a lot of hard work. It's also just a lot of pride, and I think that being able to get into a pool and have the logos of our schools that we're representing [on our chests] was so meaningful. Particularly for me at least I can speak to myself on like the Harvard side, to [represent] Harvard at NCAAs, every game was an honor and a privilege. I think that within the student-athlete community, there is sort of that swagger and that confidence that you get to so deliberately and so clearly chant Harvard as we come out of the huddle.”

Although their days in the pool have concluded, the New Jersey natives will work through the new rules of NIL to improve the student-athlete experience that has shaped them.