Crimson Swashbucklers Buckle Down to Earn Even Records at St. John's Invitational 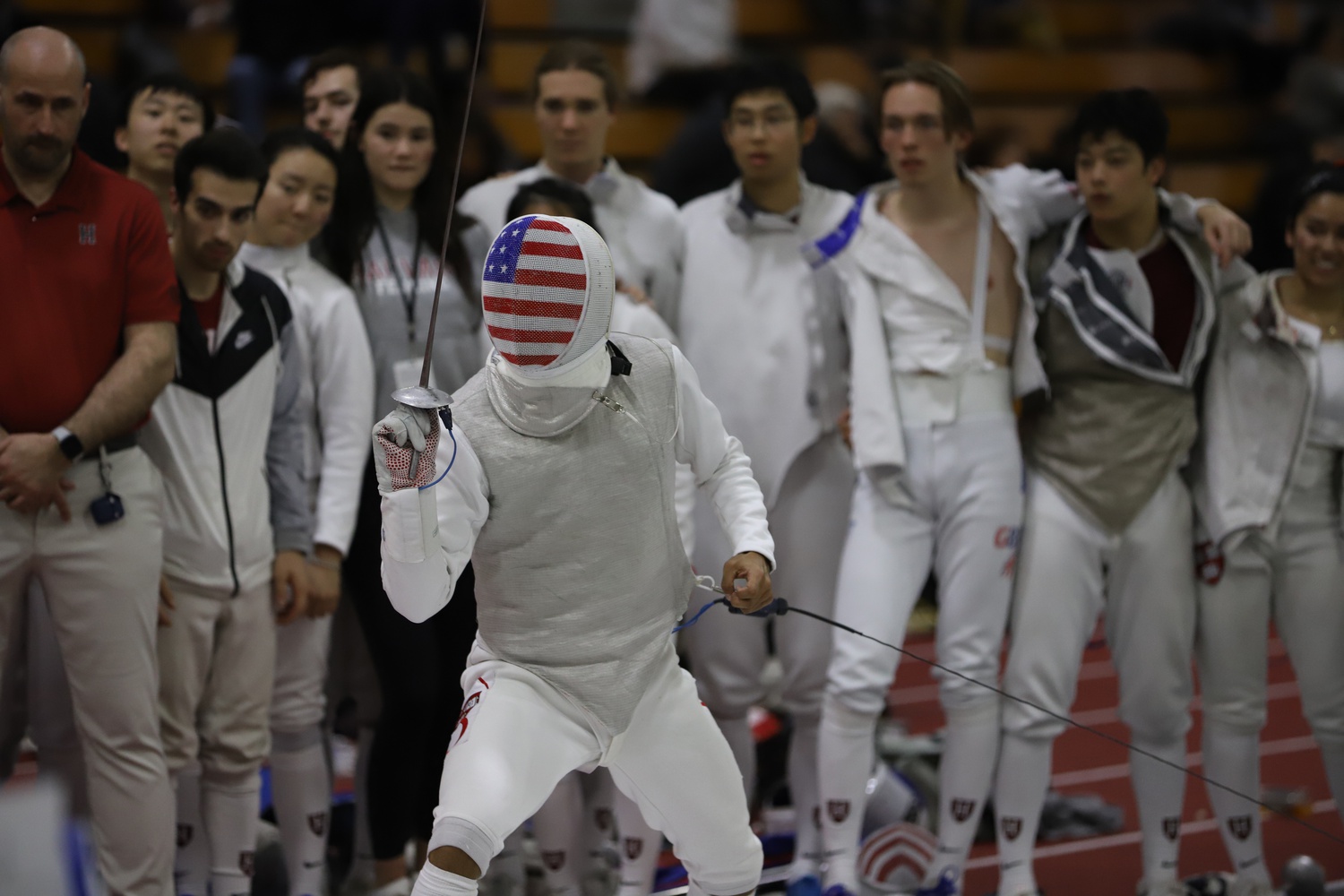 Harvard Fencing participates in the 2020 Ivy League Championships in Cambridge on Feb. 8, 2020. This past weekend, both the No. 4 men and No. 6 women went 2-2 at the St. John's Invitational. By Owen A. Berger
By Callum J. Diak, Crimson Staff Writer

Annenberg dining hall looks over Harvard campus, flaunting its extravagant High Victorian Gothic style. Still, in a world where the Crimson fencing team lunges and parries down the strip with such ease and elegance, the castle-like majesty of Annenberg is hardly the most medieval feature of Harvard College.

Over the weekend, the Crimson faced off against some of the top-ranked teams in the country. Both Harvard teams managed to hold their own in such high-caliber competitions, with each emerging from the weekend with two wins and two losses.

The day began for the women with a bout against No. 2 Columbia (20-3). Impressive sabre-work from senior Veronica Czyzewski and company still was not enough to fend off the challengers from New York City, as the Crimson ultimately fell 15-12.

A win seemed even more elusive for the women as they subsequently matched up against No. 1 Notre Dame (24-1), who swiftly claimed victory over Harvard, 20-7.

However, the women were just getting warmed up. Their next opponents, the No. 5 Ohio State Buckeyes (10-7) were unprepared for the newfound tenacity of a previously cold Crimson team. Harvard prevailed 17-10 thanks to strong performances from Czyzewski and the sabre fighters, as well as a dominant exhibition from sophomore Greta Candreva who secured three points in epee.

To close out the event, Harvard faced off in a crucial match-up against the host team, St. John’s (1-8), hoping to even its record in the tournament at 2-2. It did just that, claiming convincing wins in sabre, foil, and epee to claim the overall victory 21-6.

Ultimately, the Crimson have plenty to celebrate from the weekend. While the matchups offered a unique opportunity to steal a win or two from the first and second seeds, Harvard once again showed itself to be a sturdy top-five team, refusing to make space for any challengers.

The two losses suffered at the Invitational marked the only two defeats for the women so far this season.

Hoping to build off its newfound momentum, Harvard lined up against a forceful Notre Dame Fighting Irish (21-0) squad. Strong attacks early on in both sabre and foil offered hope to the underdog men’s team.

The Crimson threatened to insert the first tally in the Irish’s empty loss column. Top-ranked Notre Dame, however, proved to be a force on the floor. Even with the momentum from the previous bout, and more sturdy footwork from Saron, some key strikes late in the game were just enough for the Fighting Irish to eke out a 15-12 victory.

The Crimson ended up splitting its final two matchups of the day. Harvard just missed in a hard fought match against No.3 Ohio State, dropping 15 bouts while winning merely 12.

The final exchange between Harvard and St. John’s (3-5) offered a chance for the Crimson to reap the rewards of its consistent hard work through the day. Harvard secured the win 16-11 to even out its tournament record to two wins and two losses.

The only other loss the Crimson has suffered this season was at the hands of Penn State on Dec. 5, during the Sacred Heart Invitational in Connecticut.

Both the men’s and women’s teams will return to Cambridge Jan. 29 to take on New York University, whom both teams triumphed over in their most recent encounters at the Malkin Athletic Center.

This will mark the final match for Harvard before they travel to Rhode Island to compete in the Ivy League Championships in February.

-Staff writer Callum J. Diak can be reached at callum.diak@thecrimson.com.