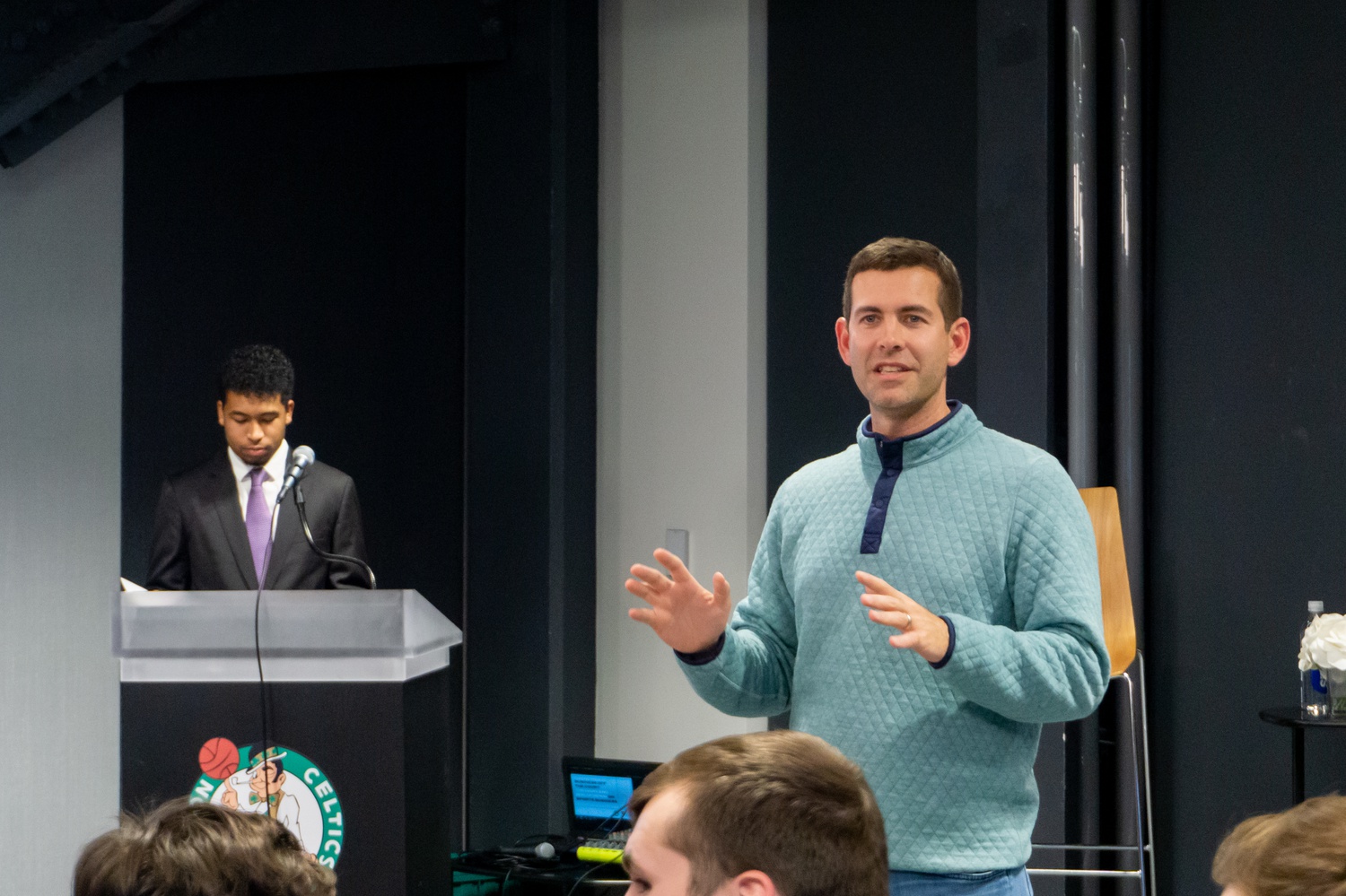 BOSTON — Several prominent members of the Boston Celtics discussed their philanthropy and offered a behind-the-scenes glimpse of the sports-business industry at a Thursday event organized by the Harvard Undergraduate Sports Lab. 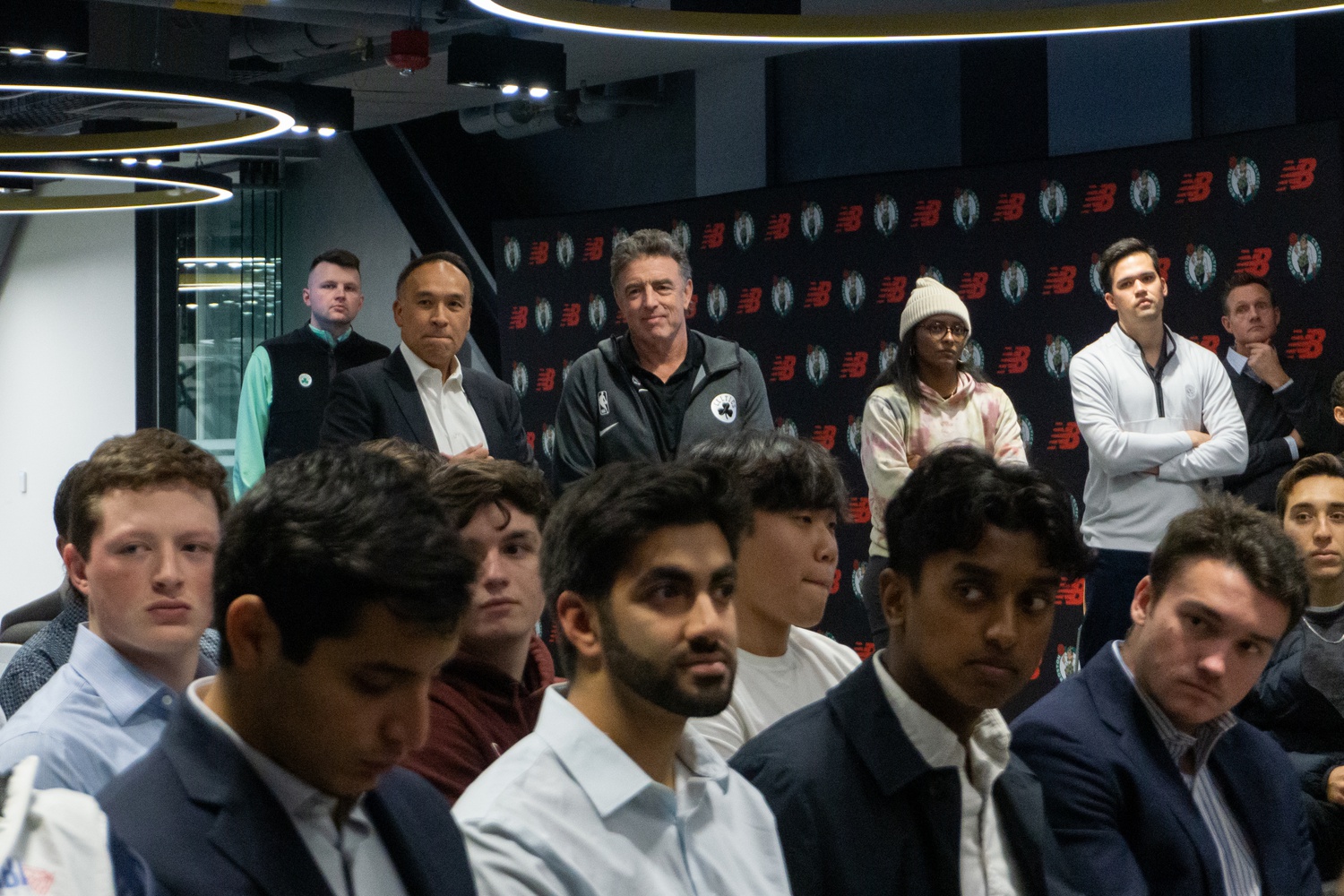 Hutchins, who donated a total of $25 million to the University to fund the Hutchins Center for African and African American Research, said his philanthropy aims to create social change by targeting issues of race and poverty in the United States.

“When I was a Harvard student, I had to work a couple jobs,” he said. “I promised myself that if I did make some money in life, I would try to give back.”

Hutchins, who also serves on the board of the Obama Foundation, said philanthropists should dedicate themselves to investing in the creation of “persistent institutions” that can address long-term, structural problems such as racial inequality.

“Find something you can invest in that’s persistent, rather than just giving money to it today because it’s the issue of the moment,” he said.

Williams, who is in his fourth year with the Celtics and was a key part of the team’s run to the NBA Finals last year, also said he tries his “best to give back as much as I was given to growing up.”

“Especially in our communities, we have to do our best to listen and hear what they need and what we can provide,” he said.

According to Feaster, the team’s philanthropic work centers around “criminal justice and law enforcement, equity in education, equity in healthcare.”

“We’re super passionate about the work that we do from a community standpoint,” she said.

Gotham also addressed the nature of the sports industry, which he described as “challenging” from a business perspective due to its inherent uncertainty.

“It’s just so different than everything else, and it all stems from the fact that — what happens when Grant and his teammates go out on the court every night — you just don’t know what’s going to happen,” he said.

Despite these challenges, Stevens advised students to seek out experience in the sports industry, leveraging their Harvard network, in his remarks prior to the panel. 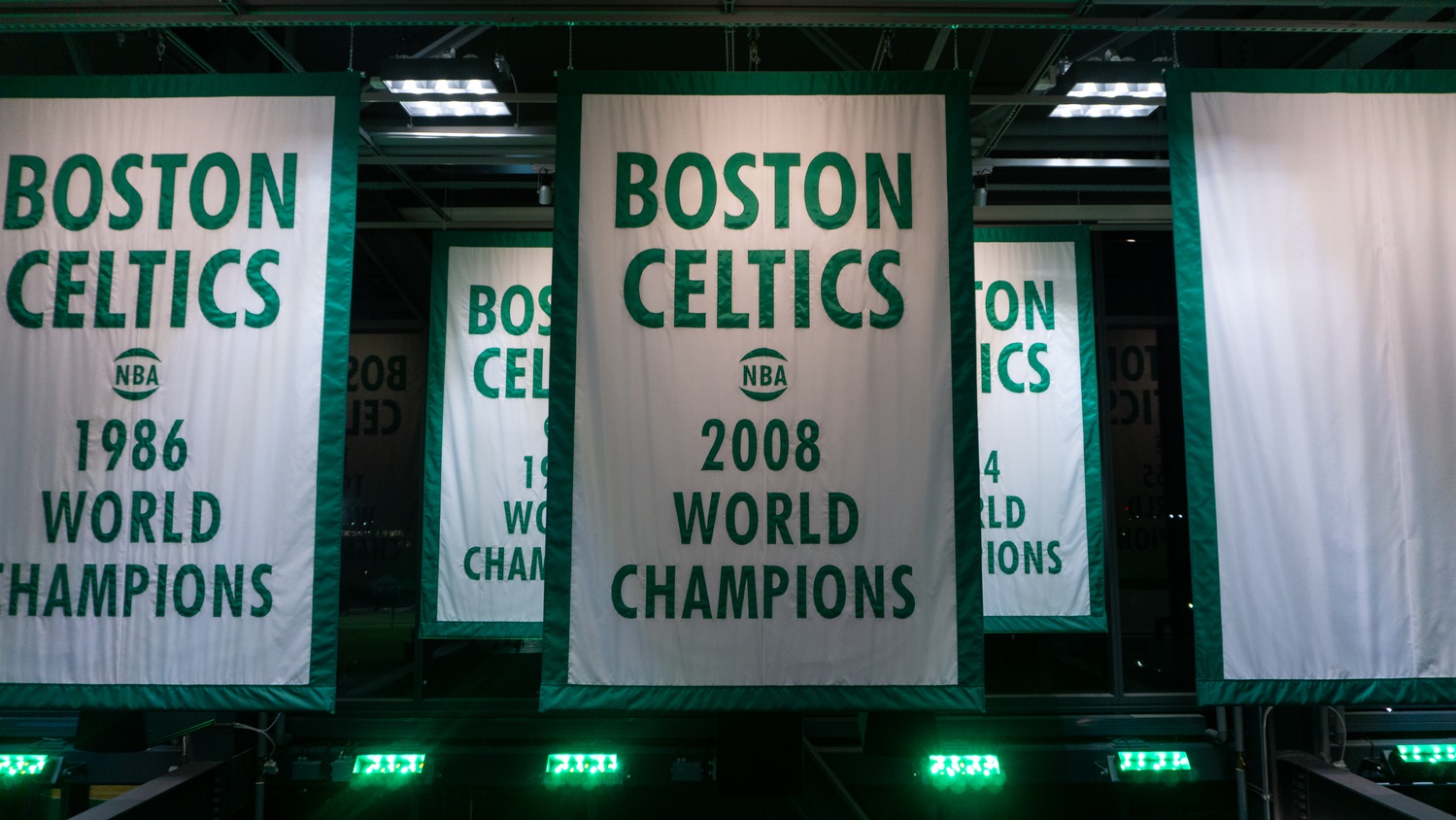 From left to right, replicas of the Celtics' 16th and 17th NBA championship banners hang at the Auerbach Center, the team's practice facility. By Zadoc I. N. Gee