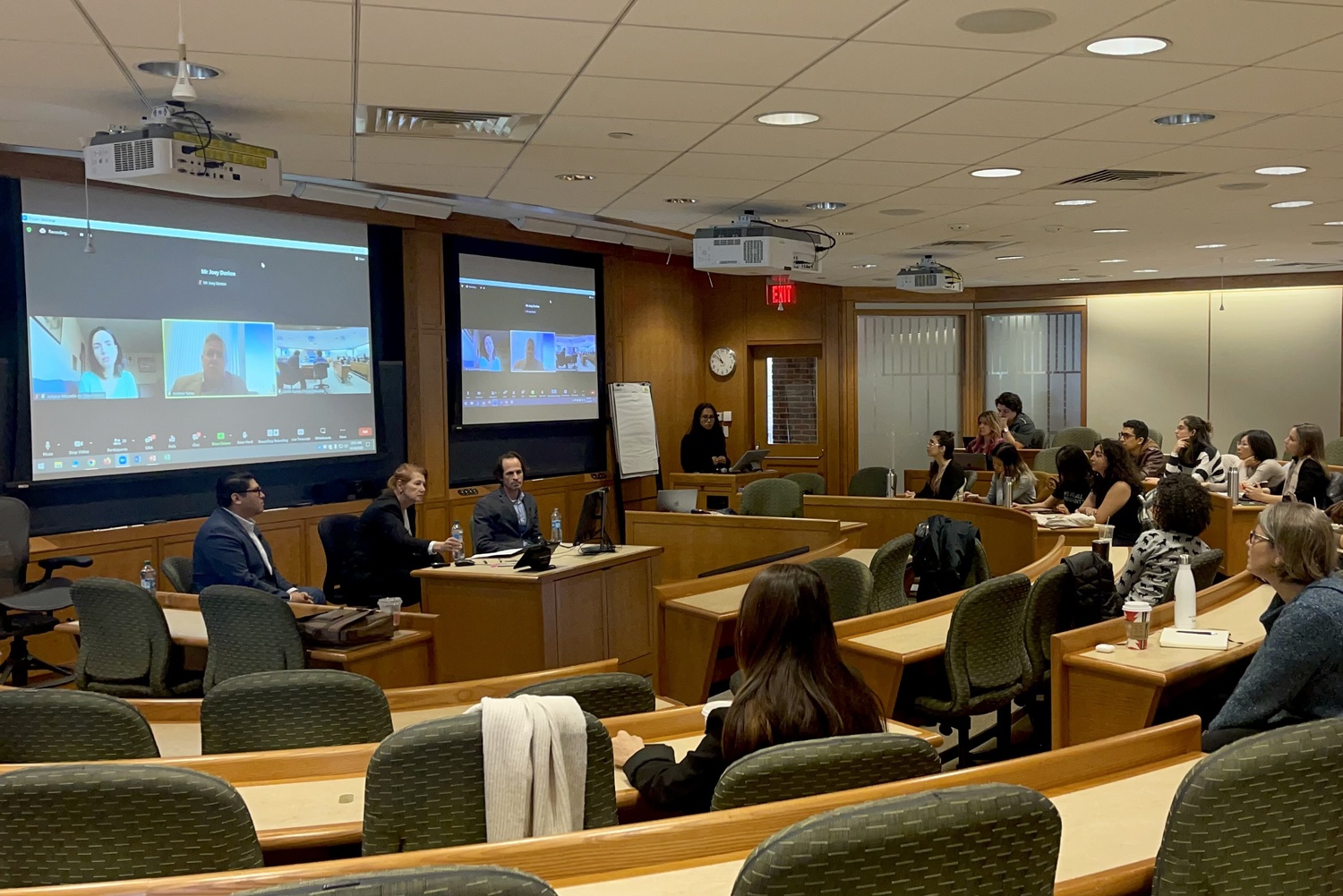 The Immigration Initiative at Harvard discussed the future of the Deferred Action for Childhood Arrivals program in a hybrid event at the Harvard Graduate School of Education on Monday.

During the event, “DACA Moving Forward: What Can We Expect?” roughly 50 Harvard affiliates gathered to hear four panelists discuss the history and policies of DACA, as well as future pathways for the policy given an ever-changing political landscape in Washington.

DACA — a 2012 executive order by the Obama administration protecting undocumented immigrants who arrived in the United States as children from deportation — is now pending another review by a federal district court following proposed changes to the program by the Biden administration.

The Trump administration aimed to halt the program in 2017, but the Supreme Court ruled 5-4 in favor of DACA in 2020, blocking the administration’s efforts. An October ruling by a 5th U.S. Circuit Court of Appeals, however, necessitated further review of the act by a lower court.

Andrew Seele, president of the Migration Policy Institute, said that despite single-party control in Washington for two years, Congress has not made any long-term changes to the provisions of the act, leaving its future up in the air.

“There was a strong feeling a few weeks ago before the appeals court ruled and sent this [review] back to a judge that there might be movement in Congress,” he said. “Unfortunately, that's been taken off the table.”

Panelist Jason Corral, a staff attorney for the Harvard Representation Initiative, said that while some states may call to end DACA, they continue to benefit economically from the program.

“They're trying to make the case that immigrants are a drain on society,” Corral said. “At the same time, the courts are allowing them to say that without actually taking [DACA] away.”

Director of Federal Advocacy at United We Dream Juliana Macedo do Nascimento said she believes the future of the act is still uncertain despite Democrats’ retaining control of the Senate and urged immediate action. Nascimento added that DACA may yet again end up in the Supreme Court.

“Whether it ends by June next year or in 2024, DACA will die under a Biden administration — a Democratic president — and [this Congress] cannot allow that to happen,” Nascimento said.

Nascimento also argued that DACA recipients create major benefits for the United States, citing billions of dollars in contributions to the economy and participation as frontline workers during the pandemic.

‘The idea that DACA could end, and over two years everybody would lose their work permit — it would not only devastate personal lives like mine, but really the economy of the country and the lives of our communities,” she said.

Panel moderator Carola Suarez-Orozco, who directs the Harvard Immigration Initiative, said in an interview after the event that the panel reflected the “continued complexity” of DACA.

“Whilst some [panelists] took a very narrow view of what we can expect moving forward, others gave us a sense that we should be hopeful in working on the ground to keep making change,” she said.

––Staff writer Dekyi T. Tsotsong can be reached at dekyi.tsotsong@thecrimson.com.