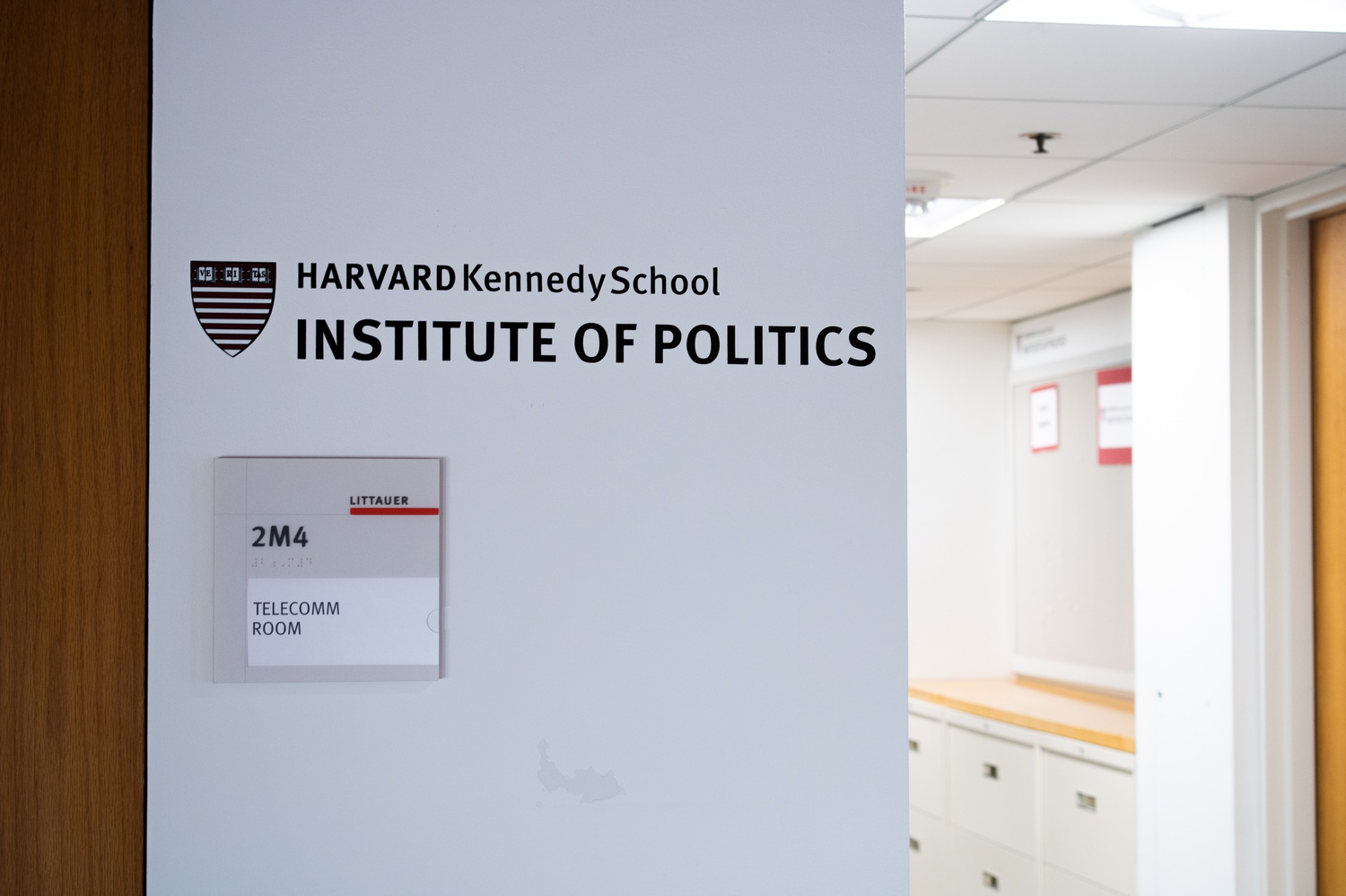 Gashaw and Mallick, who ran on one ticket, campaigned through a series of emails and office hours. The pair’s first task after the transition period will be to develop and pilot a new online system called the IOP Portal, which will allow members to keep track of their event attendance and submitted applications, Gashaw said in an interview with The Crimson.

“We want to make sure that no one kind of gets lost in the shuffle or feels like they’ve been left behind,” Gashaw said.

Gashaw, who is finishing her role as communications director, joined the IOP just before her first year at the College as a freshman representative. Prior to running for president, she also served on the Harvard Political Review and the Harvard Votes Challenge, where she met Mallick.

Mallick recalled sitting in Eliot Grille with Gashaw while they video-called family and friends, awaiting a phone call from the current IOP executives that would inform them of the election results. After receiving the congratulatory phone call, they celebrated.

“The old exec of the IOP was incredible,” Mallick said. “It’s an opportunity, continue their work and expand upon it — to really bring back to the things that we’ve had in the past, like full-ride scholarship programs, opportunity for members to engage in the community.”

Mallick said he looks forward to bringing back successful IOP events hosted in the past, like Gov 2.0, a civic innovation competition using technology to address political issues.

“I’m really passionate about technology, and how we can use tech to pursue this passion of social good and really mobilizing voters, making sure that they have the resources they need to get out their ballots,” he said.

Treasurer-elect Demaray said he hopes to make the position accessible to IOP members by holding “treasurer talks” — office hours where students can ask for help with the process of receiving financial aid and stipends.

“It’s especially important to me as a first-generation, low-income student, that we’re getting these resources out to the students interested in public service,” he said.

Demaray joined the IOP as a freshman representative last year and currently serves as the chair of the Harvard Political Union.

Kelly said he hopes to continue the “very strong” communications output to make things “more accessible” by “reaching students where they are” while using social media to feature the IOP’s smaller programs.

“Small programs definitely deserve to be highlighted just as much as bigger programs,” he said.

The incoming IOP leaders will step into their positions on Dec. 1.

A previous version of this article incorrectly stated that Amen H. Gashaw previously led the Harvard Political Review and the Harvard Votes Challenge. In fact, she was a member of the programs, but not their leader.