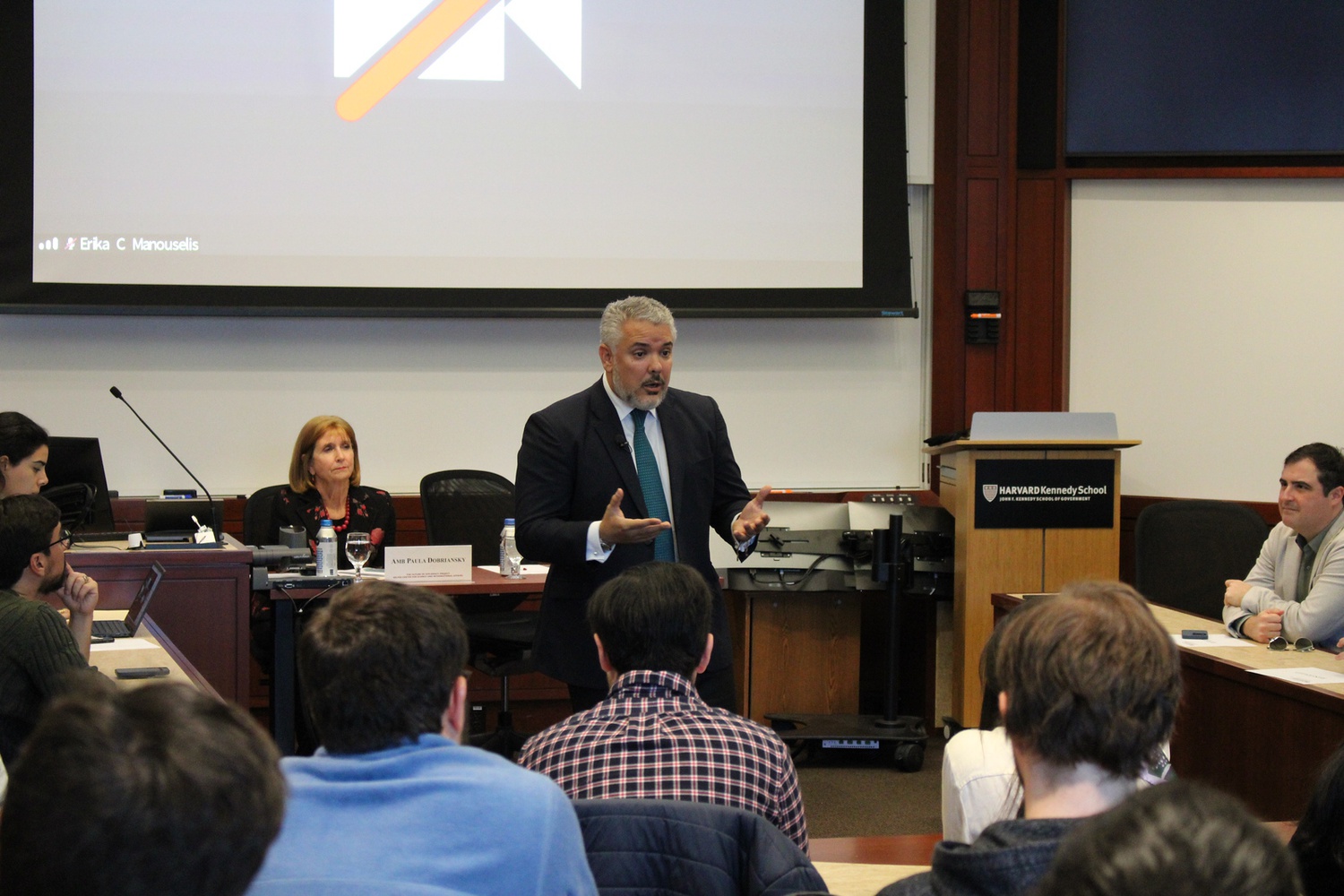 The event, moderated by Paula J. Dobriansky, a former U.S. ambassador and a Belfer Center senior fellow, drew more than 100 Harvard affiliates to the Kennedy School’s Starr Auditorium where Duque spoke and took audience questions for more than 90 minutes.

Duque, however, said he does not believe the current political arguments in the region are based on political ideology.

“This is not the first time that we see a red Latin America,” Duque added.

Duque, who was elected to the presidency on a right-wing platform, said he is most worried about “demagogy decisions” that generate instability and uncertainty.

“A lot of people have the expectation that Lula is going to be a radical,” he said. “At least when we look [at] what happened in the first Lula term, he was not a radical — he actually tried to appoint people that were very savvy on macroeconomic policy.”

But when asked in an interview with The Crimson after the event whether he would have preferred to work with Lula instead of outgoing Brazilian President Jair Bolsonaro, Duque replied, “I don’t have preferences,” noting his “very good relationship” with Bolsonaro.

“I built a lot of common policies with Jair Bolsonaro,” Duque added. “Now there’s a transition, and I just hope that Brazil remains being a strong voice for the environment in Latin America.”

Duque’s own tenure as president had been criticized by environmental activists, who protested his support for fracking, an oil extraction practice associated with environmental and health risks.

When asked about his support for fracking by a student during the Kennedy School event, Duque said he has "never been a champion of fracking" but that he wanted to emphasize science over politics while developing a fracking policy. During his administration, petroleum companies were allowed to start fracking projects as “scientific pilots” which the government could use to study the practice’s environmental impacts.

“But they have since stopped,” said Duque, referring to current Colombian President Gustavo Petro’s decision to halt fracking. “Why? Because again, politics was above science — and I don’t agree with that.”