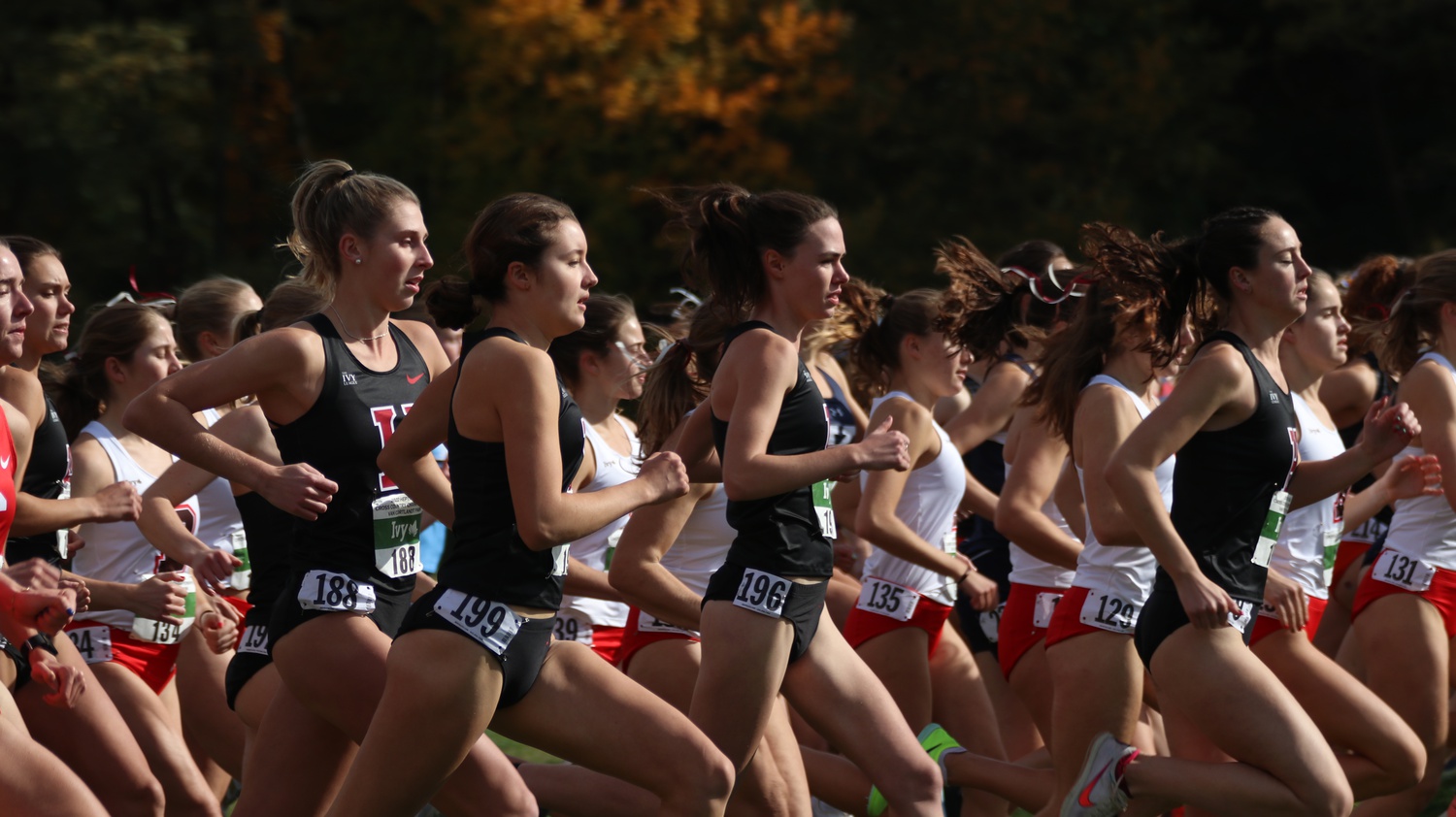 Harvard runners compete in the Ivy League Heptagonal Championships on Oct. 28. In that event, the women won the conference while the men came second. Led by junior Maia Ramsden and sophomore Graham Blanks, the Crimson continued its success last weekend in the National Championships. By Courtesy of Harvard Athletic Communications
By Danai-Christina Avdela, Crimson Staff Writer

In the day’s earlier race, the women’s 6k, Ramsden got off to a very strong start. The individual Ivy League champion was able to keep up with the leaders at the start of the race and started to gain ground towards the end, taking 11th place with a time of 19:53.3, just under 25 seconds behind the winning mark set by North Carolina State’s Katelyn Tuohy. The New Zealander finished off her stellar junior campaign by setting a personal best in the event, bettering her 2021 finish by more than 40 seconds and 99 spots.

Blanks’ sixth-place time of 28:58.4 set a new personal best in the men’s 10k, just under 15 seconds behind the winner — Stanford’s Charles Hicks — and more than 20 seconds faster than last year’s 23rd-placed finish (29:21.1). It was also the Crimson’s best individual finish in the NCAA Championships since Maksim Kolerv ’14 came third as a senior.

The Athens, Ga. native credited his experience competing in the 2021 Championships in Tallahassee, Fla. with fueling his impressive results last weekend.

“First of all, [it] is experience,” he explained. “Being able to run all the same races again, kind of know how they're gonna play out, get to see the courses. So [during] my freshman year, [it] was nice to run at the national championship [and] see how the process goes.”

The Ivy League champion also demonstrated consistency throughout the season, never recording a finish worse than 26th in his six races and winning three times. He started off his season by winning the 6k at the Harvard-Yale-Princeton meet on Sept. 10, and entered the National Championships off another win at the Northeast Regional Championships on Nov. 11.

“I feel like I was a little more consistent this year than last year,” he added. “There's a lot of variables that from last year that I was able to get under control and make this year a little less chaotic than last year, which usually leads to better performances.”

“What typically happens is you get people who get a little too pumped up, on other teams get out, and they go out a little too fast. And by half halfway through the race, they're hurting,” reflected Blanks on the team’s strategy throughout the race. “Once the hills come in the latter half of the race, they start kind of moving backwards into places. So we wanted to take advantage of that. Just run, call them early and then utilize the people that were fading backwards to get some extra points for the team and move up. And I think we did a pretty good job with that.”

Blanks added that, despite the 17th-place finish being five positions worse than the Crimson’s finish in 2021, the team had exhibited a lot of progress.

“It was pretty encouraging,” he said. “And we're looking to improve upon that greatly next year and in the years to come.”

The Crimson’s strong performance was also tops among Ivy League schools. After finishing second by three points behind Princeton in the Ivy League Championships on Oct. 28, Harvard got the better of its rivals last Saturday. The Tigers finished 30th out of 31 teams with 710 points.