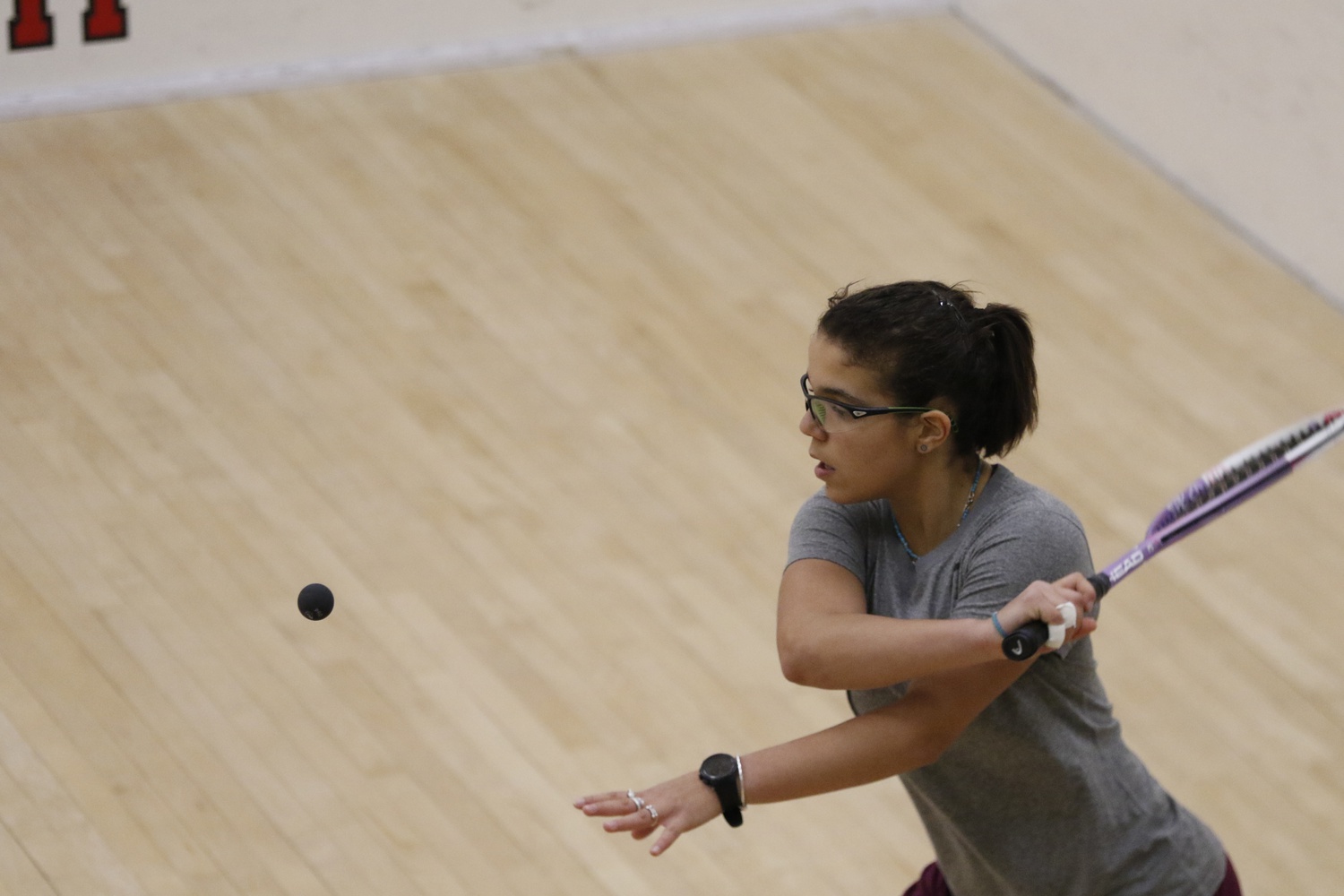 The intensity of Saturday’s storm left roads slippery, and fans of Harvard women’s squash uncertain as to whether they would be able to watch the No. 1 Crimson (11-0, 6-0 Ivy) take on its rivals No. 4 Yale (6-3) Sunday afternoon.

To the delight of spectators, while New England was still reeling from the monster blizzard that blanketed multiple states in layers of snow, another powerful force was confirmed to be scheduled on the courts of the Harvard University Squash Center.

For the past six years, Harvard’s women have dominated the college squash scene in a storm of rackets and rubber balls, winning five consecutive Ivy League titles and nine out of the last eleven College Squash Association (CSA) championships.

Sunday afternoon’s showdown marked Harvard’s sixth and final Ivy League match-up this season. More importantly, the game also presented the Crimson with an opportunity to cap off a perfect league record and claim the Ivy League crown for the sixth year in a row.

Initial action saw Harvard secure four swift match victories over Yale, including a convincing win from its graduating captain, senior Hana Moataz, which put them up 3-0 in the overall point contest.

First-year Habiba Eldafrawy rebounded from a loss in her first game to take her next three games, and the match, to boost the Crimson up 4-0.

However, the Bulldogs responded, taking two wins in the next collection of matches to apply pressure to a red-hot Harvard team.

Though Harvard’s Ivy League title seemed inevitable, as the Crimson held leads in all of its games at the time, first-year Brecon Welch made it official when she smacked a tactical backhand off the left wall to score and win the third, deciding game of her match. It was only then that the crowd of fellow athletes, coaches, and fans could celebrate.

As she exited the court, Welch had no idea that she had just claimed the fifth and deciding win in the race to nine points against Yale, and along with that, an Ivy League trophy.

The win came on a very special night for Moataz and fellow senior Amina Yousry, two graduating athletes whose accomplishments in the squash program were celebrated prior to the match thanks to support from a season-high number of fans and family in the stands.

Moataz and Yousry have had very successful tenures with Harvard squash. Both players were key contributors to Ivy League championship-winning teams in each of their three years with the program.

The Murr Center was swallowed by cheers as the Crimson hoisted the Ivy League trophy. League victory finalized the accomplishment of the lofty goal that the team set itself at the beginning of the season.

Harvard has enjoyed a long tradition of squash success, and the 2022 team has been no exception, being pushed to 5-4 only once despite facing other top-ten opponents eight times in eleven matches.

At the forefront of this successful season, but residing humbly at the back of the victory parade was head coach Mike Way. Way has distinguished himself once again in his twelfth season with the Crimson as a knowledgeable coach who won U.S. Squash Coach of the Year in 2017, but what has consistently set the Englishman apart is his attention to detail and caring nature.

Way’s extensive commitment to his team manifests itself between games, when he provides athletes with valuable insights on their performance, and after, when he can still be seen retrieving exhausted athletes’ forgotten water bottles from three courts away to preserve their energy. His level of investment in his team has proven to be a key factor in Harvard’s consistent successes.

With its sixth Ivy title secured, Harvard women’s squash looks ahead to the CSA Championship on Feb. 25, where it hopes to earn its 28th national title.

-Staff writer Callum J. Diak can be reached at callum.diak@thecrimson.com.