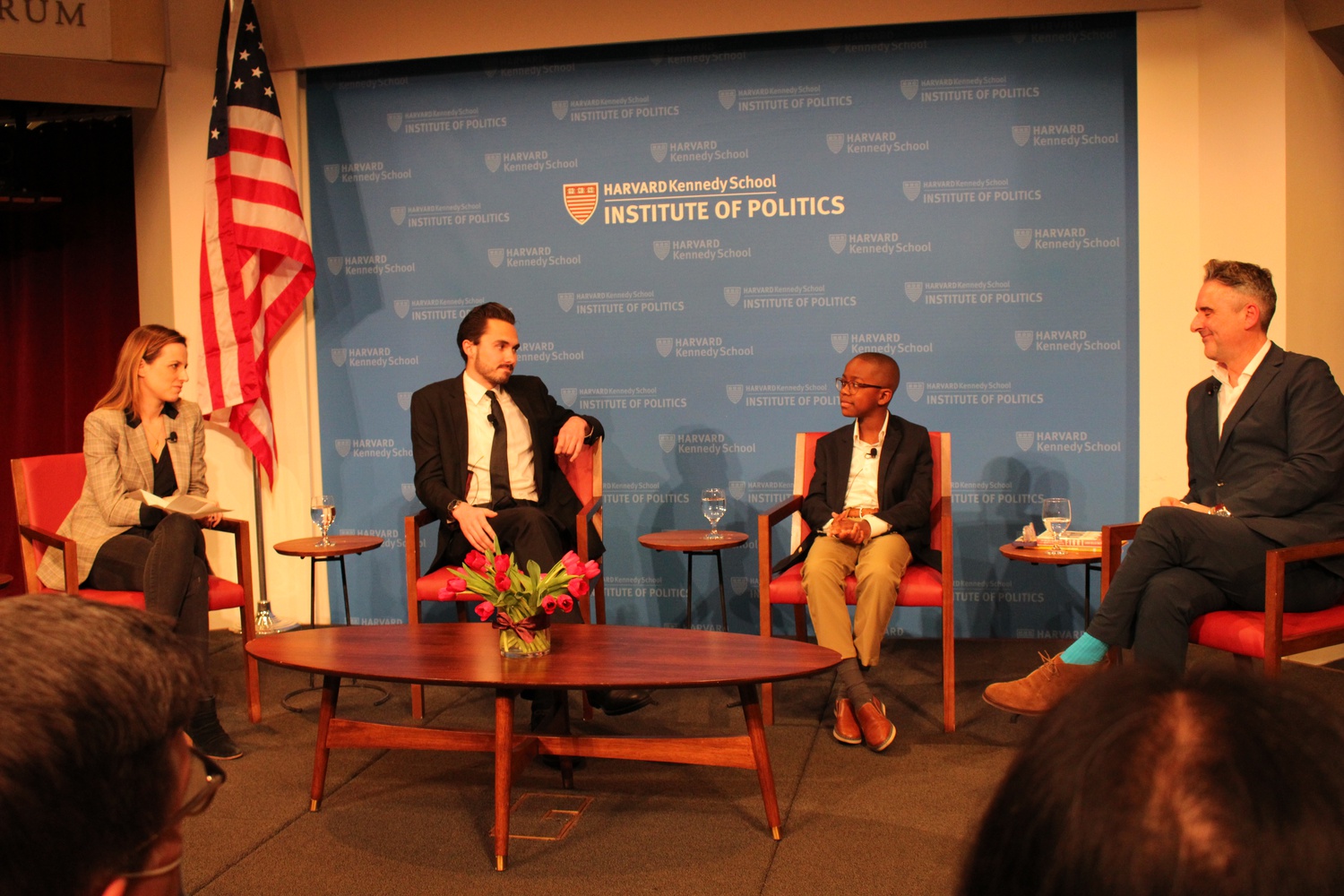 A panel of youth activists discussed the role young people play in American politics at a forum hosted Tuesday evening at the Harvard Institute of Politics.

The group discussed efforts encouraging young people to participate in politics and activism.

In an interview after the event, Hogg highlighted the importance of youth activism, but said it can often be “really hard work.”

“It is exhausting work,” he said. “It is especially exhausting for the people that need the most help in the first place.”

Hogg said many young people are discouraged by aspects of the American political system, pointing to the filibuster.

Kianni, who serves as the U.S. representative on the United Nations’ Youth Advisory Group on Climate Change, highlighted institutional flaws that she said make the work of young people an uphill battle. She criticized big oil and gas companies, which she said benefit from the perception that individuals are responsible for solving climate change.

Change at the individual level will do little to address climate change, she said.

Kianni also called on politicians to do more to implement changes that young people advocate for.

“It’s really easy for politicians to use us as material for their campaigns, to do photo ops with us, but I think the next step is actually working with us,” she said.

Della Volpe said Generation Z is often misconceived by older generations as “a bunch of socialists who hate America.”

“No generation has dealt with more trauma, more quickly in their young lives than this generation,” he said.

The panelists offered mixed opinions about the future of American politics.

“Not looking too bright right now,” Hogg said in an interview. “I think there’s a lot of rosy romanticism about, ‘Oh, the kids will save us.’”

In an interview after the event, Jean, who is 11 years old, offered a more positive outlook.

“We are going to be the ones who are able to spread kindness and make political difference, and vote, and all these different things, so that we can grow up in the world that we want to be in.”