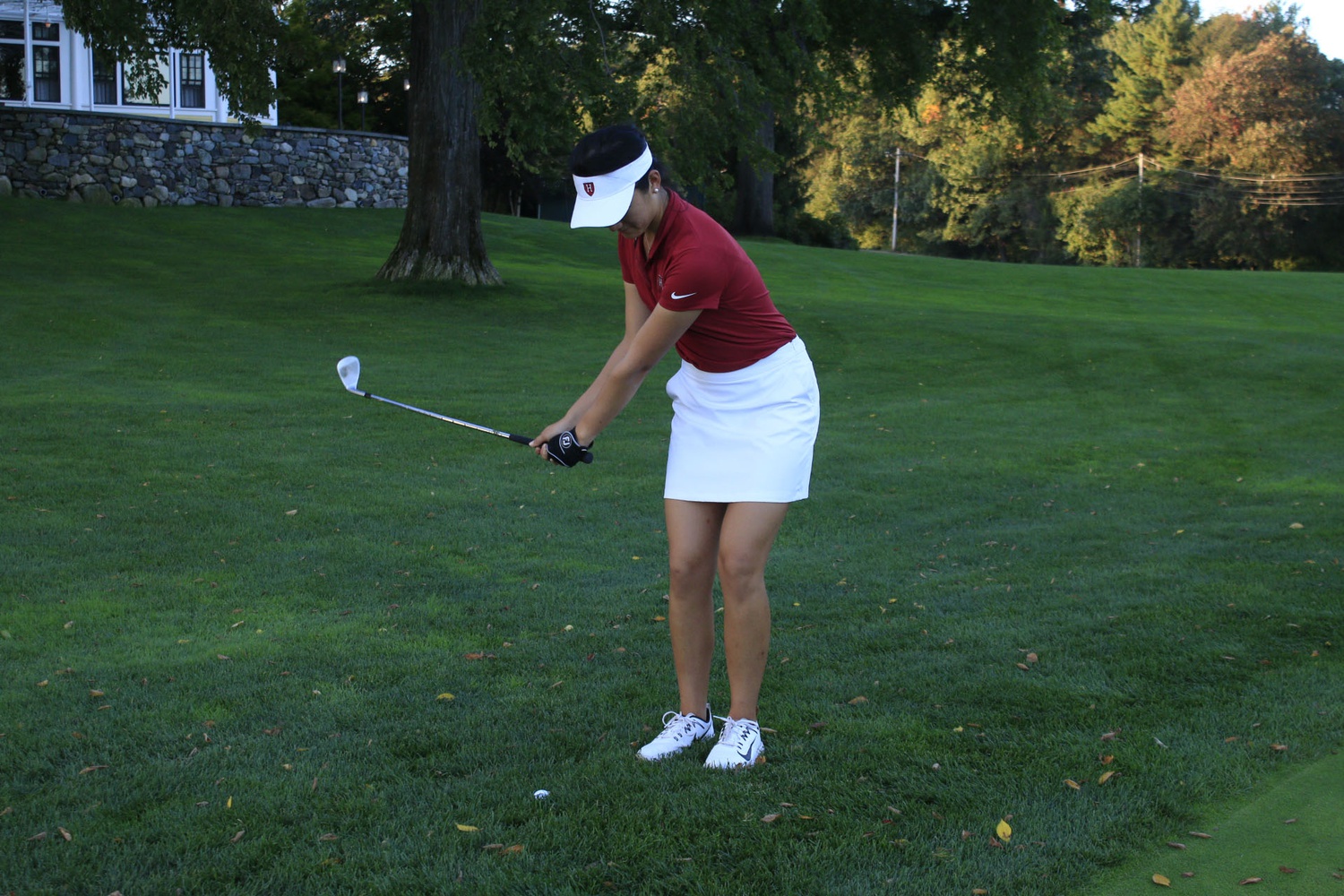 The men’s team had some trouble getting into the swing of things, placing 13th out of 15 competitors at 31 over par. Princeton occupied the top two spots on the podium, with its A team claiming first place with a score of -7 to nudge out its B team by a stroke. Seton Hall came in third place, scoring even par.

For head coach Kevin Rhoades’ squad, it marked a setback after a solid performance at its previous competition, Battle at Rum Pointe in Ocean City, Md., where the team came second out of 22 schools.

“It has been a very positive year [with] a really talented team that continues to work really hard,” Rhoades said. “The outcome was certainly a big surprise and something that the guys were pretty disappointed in and pretty surprised by.”

There were some bright spots, with junior Brian Isztwan’s four-under-par performance on Par 4s tying for the best in the tournament, but inconsistency in iron play and on the greens ultimately set the team back.

“Driving [and] pitching were actually really good,” saidRhoads, highlighting areas that the team performed well in. “But, approaching and putting was tough.”

Despite its struggles in New Jersey, the Crimson men hope to build off the strong momentum they earned in the fall, when a third place finish in the McDonald Cup was the worst overall placement the team recorded.

“I think their expectation was to compete,” Rhoads said. “When expectation is in a certain place and when we thought we would have a certain outcome and then when it was somewhere different than where they expected, it was hard.”

Harvard will hope to learn from the setback as it approaches the final event of the season, the Ivy Championships, which will take place at Century Country Club in Purchase, N.Y., on April 22-24.

“It might be the best thing that happened to us,” Rhoads noted. “[We need to] keep the good things that are in a good place, good, and keep the couple things that need cleaning up in the best place they can.”

Meanwhile, the women’s team performed well at the Hoya Invitational, placing second overall with a final score of +55. The Crimson was narrowly edged out by Boston University, which finished four strokes ahead across three rounds.

It was a strong performance for Harvard, especially given the treacherous scoring conditions presented by the weather at Woodmont Country Club.

“It was really cold and really windy,” senior captain Anina Ku said. “But one thing that I think our team is really good at is being extremely resilient, and so because of that we were able to persevere and then eventually pull away in second as the best Ivy team.”

After opening its spring campaign with a 3-2 loss in its first-ever February match, to Charleston Southern University on Feb. 19, the team has seen the benefits of its early start to the season.

“It definitely helped us compare what we were doing practicing indoors with reality, with what was happening outside,”Ku stated. “That trip and then our spring break trip definitely allowed us to arrive ready as we could for our first tournament and I think it has been making a big difference down the line.”

The strong result this past weekend continues a trend for the Crimson, which has seen rapid improvements over the course of the season. Just two weeks ago, the team finished dead last out of 16 teams at the PING/ASU Invitational in Tempe, Ariz.

“We are an extremely self motivated team this year and, so as the captain, it’s definitely an incredibly easy group to work with just because everyone is so reflective on what they need to improve on,” Ku said.

Harvard hopes to carry its momentum into the Ivy Championships, when it will seek to defend its 2019 title and earn its ninth overall. The veteran head coach and his captain both expressed confidence that the Crimson will be ready for the tournament.

“As long as we continue doing what we keep doing … to be as best as we can be by the two weeks, we are going to have a really good chance,” Ku said.

–Staff writer Erignacio Fermin Perez can be reached at erignacio.ferminperez@thecrimson.com.