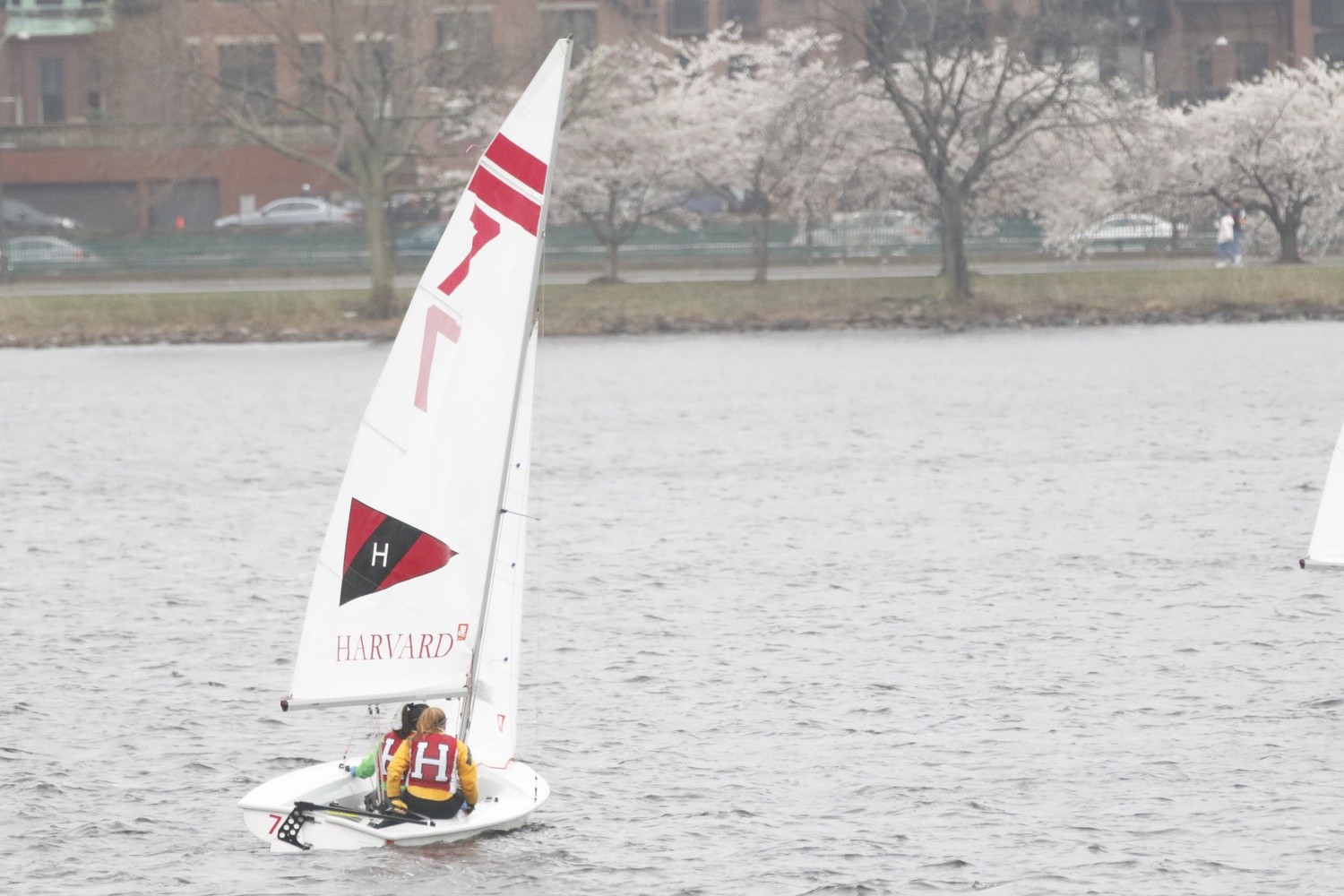 The Crimson began their weekend with the Dellenbaugh Trophy Team Race, finishing with a 5-4 record in the 10-team race in Providence, R.I. They tied Brown University for fourth place on their home turf and then advanced to the second round, improving to a 5-2 record and moving up to second place behind Boston College.

In the third and final round, the Crimson stumbled to a record of 1-4, leaving them in fifth place at the regatta’s close. A dominant Boston College outfit took home the Dellenbaugh trophy, securing its spot at the Women's Team Race National Championship in San Diego, California on April 23-24. The rest of the field – including Harvard – will wait to see if they qualify for the championship.

Back home on the Charles River Basin, the co-ed team delivered a composed performance amid difficult circumstances at the interconference Marchiando Team Race, picking up ten wins and only five losses in the 16-team round robin hosted by MIT.

“At MIT, conditions were a little bit tricky, the wind was shifting a lot,” said junior Eric Hansen, who competed in the co-ed regatta. Hansen sailed with fellow Junior’s Ariel Wang and Tyler Masuyama in separate boats over the day.

”It was also the first time the three of us raced together,” added Hansen in reference to the trifecta of Hansen and Wang, sophomore Lachlan McGranahan and junior Cassia Lee, and senior Henry Burns and junior Chris Wang.

Hansen gave high praise to the duo of Burns and Wang, whose boat stood out over the course of the regatta.

“Henry has a ton of experience, he’s the only senior on the team at the moment, so we’re really looking to him for leadership,” Hansen said. “Chris is a super athletic guy, coming in as a walk-on, he’s become a huge part of our team and he’s having his best season so far.”

“We feel good, we have a lot of injuries on the team right now…we're still not 100% about who's going to be starting next weekend.”

Harvard will now prepare for the NEISA co-ed championship race, which they host on April 9-10.

—Staff writer Brahm Erdmann can be reached at brahm.erdmann@thecrimson.com.