A Pair of Podium Finishes for Harvard Golf at Ivies 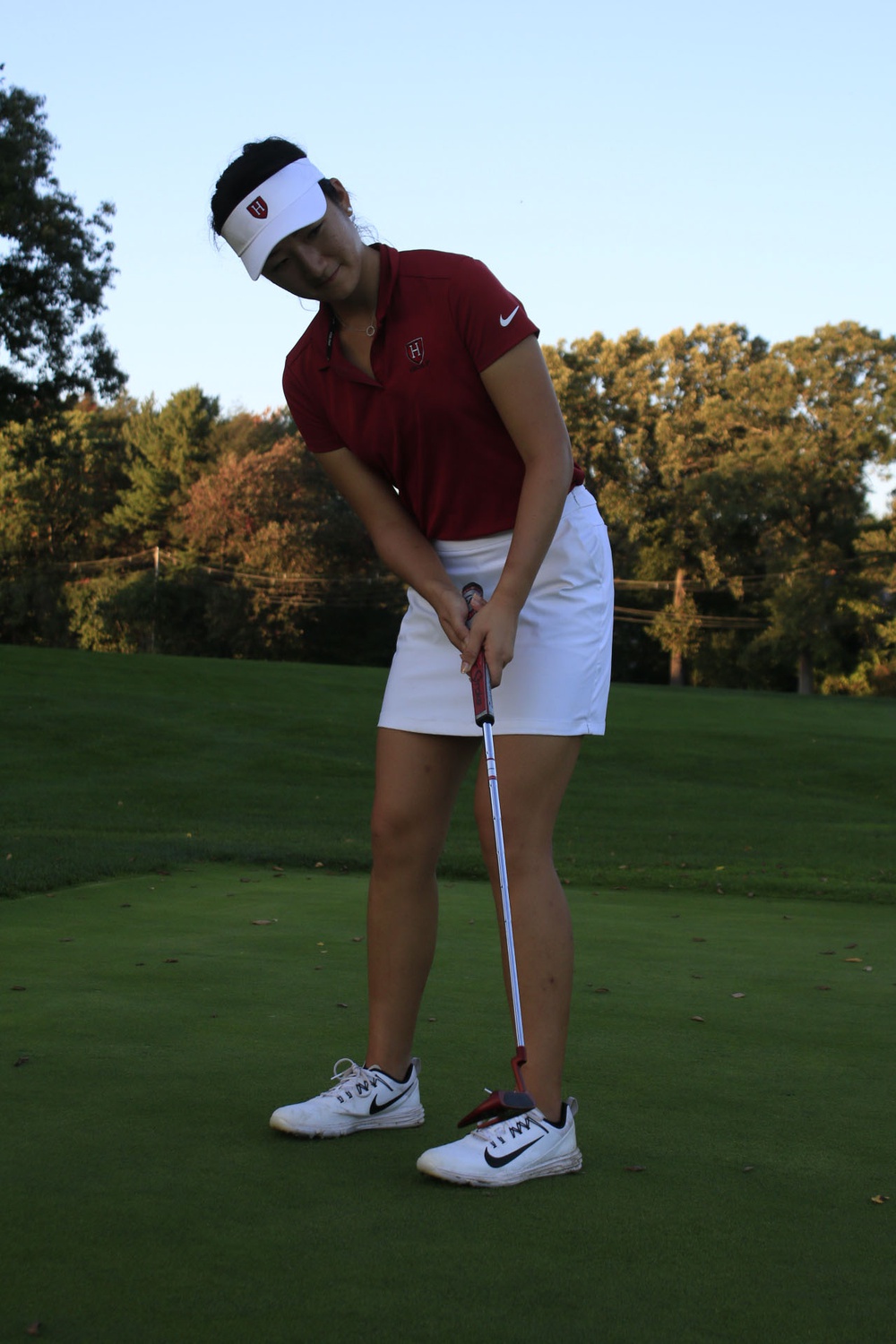 The Harvard men and women golf teams got ready and headed to New Jersey over the weekend of April 22nd to compete in the first Ivy League Championships for golf since 2019.

The men and women’s teams had challenging matchups leading into the championship game, but both teams ended their season in third place overall.

Before the championship, the women’s team gathered momentum with a stellar performance at the Hoya Invitational at Georgetown University in Washington, D.C., where the Crimson was able to walk away with a second place finish.

“I definitely think leaving the Hoya Invitational, [we felt] it was our best Ivy finish yet,” senior captain Anina Ku said. “But, I think we all walked away from that, focusing on small things that we still had to improve on.”

“I think for the Ivy League Golf Championship we tried not to have expectations and just tried to focus on things that we can control … so mentally I believe [the Ivies] was one of our best performances,” Ku added.

The championship ended with nearly the same story for the team as they ended Ivies in third place behind first place Princeton and second place Columbia.

“We played well at Ivies. I know we finished third, but we were only eight shots back,” Coach Kevin Rhoads said.

“Overall I think it was indicative of really strong work and really good progress in the right direction,” Kevin Rhoads stated. “They have a lot to be proud of and a lot to build on.”

The men’s team ended up in the same position with a third place finish with +45 total points losing to first place Yale, +35, and Columbia, +40.

“They, [Yale], put up a really good round the first day to be ten shots ahead of us and in the end that ended up being the margin of victory,” Coach Rhoads said.

The men’s team also edged out the fourth place Princeton by a mere two points. two weeks prior to the Ivies the team was 40 points behind Princeton at the Princeton Invitational and finished in 13th place out of 15 teams.

“On the men’s side it was a really strong season as it turned out,” Coach Kevin Rhoads said. “Princeton was concerning to finish forty shots back of Princeton … that was just uncharacteristic of this team for sure.”

Leading up to the Ivy League Championship, Rhoads instilled the motto that the team must focus on what they can control and to not let things that they cannot control weigh them down.

“It is our focus and we have talked about it a great deal,” Kevin Rhoads emphasized. “In the moment what feels controllable sometimes changes, it’s dynamic in the moment, we just have to continue adapting and reacting to it as well as possible.”

“I still have the memories of my freshman year Ivies, I remember every moment of it, basically...“Especially, I remember us coming back from behind to win,” said Ku in reference to the 2019 Ivy League Championships in which the team was able to secure a final total score of +37. Seniors Chloe Royston and Anina Ku were both members of the lineup that took home the trophy.

Moving forward from the team’s third place finishes, the team is ready to regroup and prepare for the next season and next Ivy League Championship.

“We just have to do the work and continue to stay motivated and see if there were any lessons learned that were really controllable and that is what we are really going to focus on,” Rhoads said.

Ku wrapped up with some parting last words of wisdom for the team: “They have to continue having the same mentality next year, which was super patient and mature, and if they are able to combine all of that I think they will have a really good shot at getting the title back,” Ku said.

–Staff writer Erignacio Fermin Perez can be reached at erignacio.ferminperez@thecrimson.com.