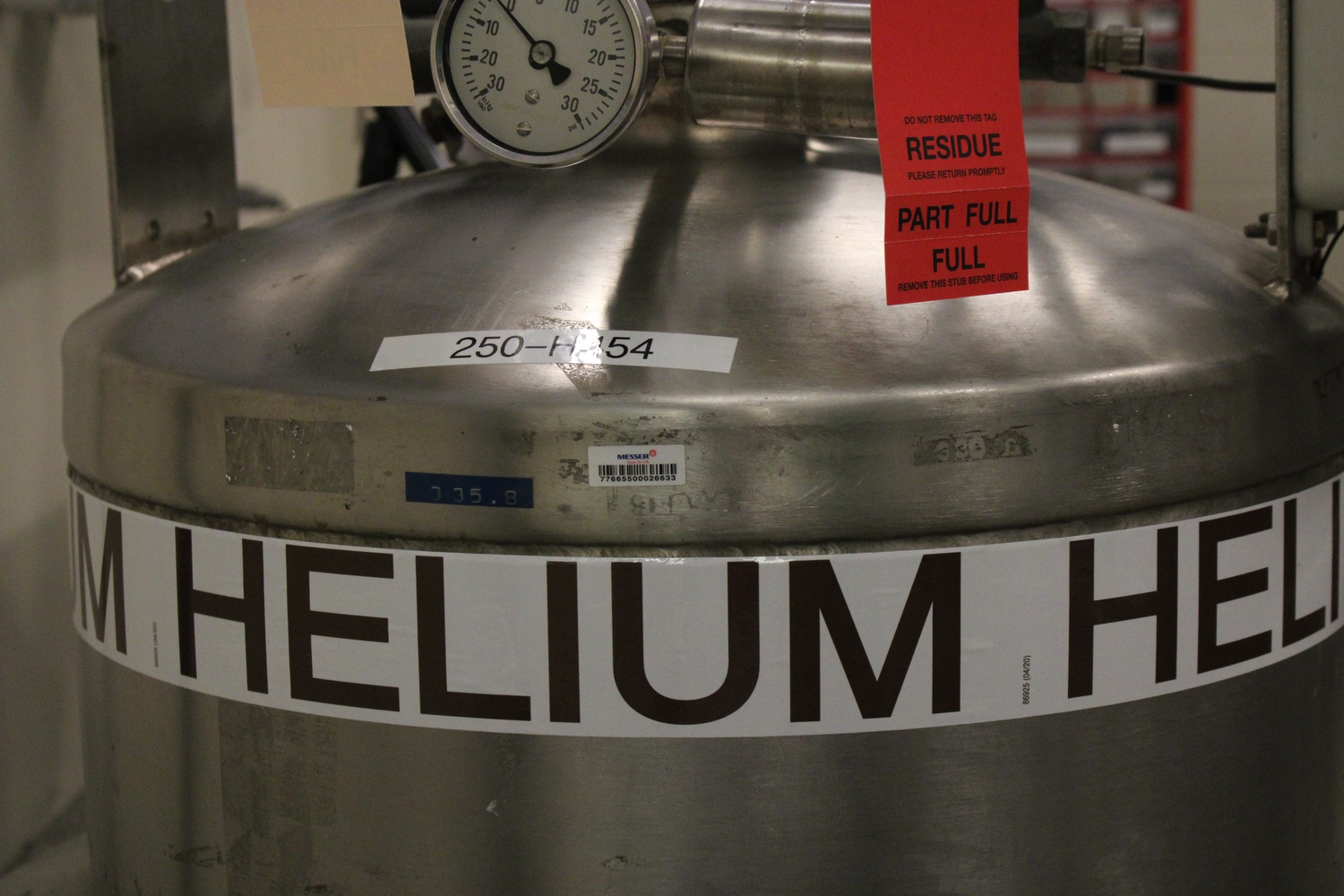 Harvard is running out of helium — and it is no laughing matter.

A global helium shortage is affecting all sorts of consumers, ranging from the National Weather Service, to party-supply stores, to physicists at universities around the world.

Harvard’s own supply of helium is now reduced to only 50 percent of its usual amount, according to Dean of Science Christopher W. Stubbs.

“That has forced our experimental groups to greatly curtail the experiments that rely on that as a cryogenic liquid,” Stubbs said. “It impacts both elements of Harvard’s mission, both the research teaching and training element, as well as the research element.”

The current helium shortage is the fourth to occur since 2006 and is being caused by shutdowns at several major helium producers. The shortage has been exacerbated by the war in Ukraine, as Russia is one of the world’s top suppliers of helium.

Harvard labs impacted by the shortage have been forced to shut down equipment that uses liquid helium and suspend entire research projects. Without the ability to continue their experiments, some Ph.D. candidates could even have their graduation delayed.

“My heart goes out to the people whose careers might be adversely impacted,” Stubbs said.

“There are other instances where people’s work in the field is impacted by natural disasters, by international events, and the like,” Stubbs added. “Some of those things are just unpredictable and unavoidable.”

As a result of the recurring shortages, Harvard is looking to reduce its dependency on helium over time.

“We are actively in the process of crafting a plan to wean ourselves from liquid helium in the long run,” Stubbs said.

But according to Andrew T. Pierce, who finished his Ph.D. in physics at Harvard this year, liquid helium is still “the lifeblood of low-temperature physics.”

While new systems that produce very low temperatures without needing a constant supply of liquid helium have been developed, those systems are not suitable for all experiments.

“In particular, they tend to produce rather severe vibrations,” Pierce said. “And so very sensitive applications — like microscopy — that require very low vibration, are so far still very difficult to do with these cryogen-free systems.”

“The helium shortage is a blow, really, to lots of low-temperature physics groups that are doing these kinds of more sensitive experiments,” he added.

Charlotte G. L. Bøttcher, who works in Physics Professor Amir Yacoby’s lab, said the helium shortage forced some graduate students to chart a completely different course for their Ph.D. “from one day to the other.”

Bøttcher called herself “lucky” because she recently finished her Ph.D. and has not been affected too severely by the helium shortage, but said it was “hard” to watch some of her colleagues whose experiments were “producing really nice results” face consequences from not having enough helium.

“Over the last year or so, they produced the dominant amount of papers and results from the lab,” Bøttcher said. “And [now] we just couldn’t run that system anymore.”

Zhuozhen Cai, a first-year graduate student in the Yacoby Lab, was one of the Ph.D. candidates whose plans were severely disrupted by the reduced supply of helium.

Cai said it was “pretty depressing” when she realized the helium shortage would prevent her from continuing the project she had spent the previous year training to work on, adding that her now suspended project influenced her decision to join the Yacoby Lab in the first place.

“My future right now is not clear anymore,” Cai said.

Cai added she is troubled the most by the uncertainty surrounding whether more helium will be available soon, allowing her original project to resume, or whether the shortage will drag on, forcing her to completely abandon her work.

“I think that is the most scary part,” she said.

Pierce, who helped train Cai before the shortage, said they were using “a really old system” that relied on liquid helium because it was “very vibration sensitive.”

“Now with the liquid helium being available in reduced supply, we’re not able to run that system for the time being,” he said. “We’re not the only ones who are kind of in that boat.”

Pierce said Harvard researchers are lucky to have even a reduced supply of helium.

“I have heard that there are some groups and universities that currently cannot get any liquid helium at all,” he said. “As always, we’re really the beneficiaries of Harvard and the vast resources that are available to Harvard.”

In fact, Harvard is more shielded from the helium shortage than other universities.

Stubbs explained that Harvard has a system that is able to recycle and recirculate some of the helium used at its labs.

“Unlike many other campuses, we actually have a liquid helium recovery system that actually recovers the boil off, returns it to a facility with a compressor, and reliquefies it,” Stubbs said.

Even so, Pierce said the current shortage is the “worst one” of his career.

“It’s not the first helium shortage that’s occurred since I’ve been here,” he added, “but it’s certainly the most severe.”