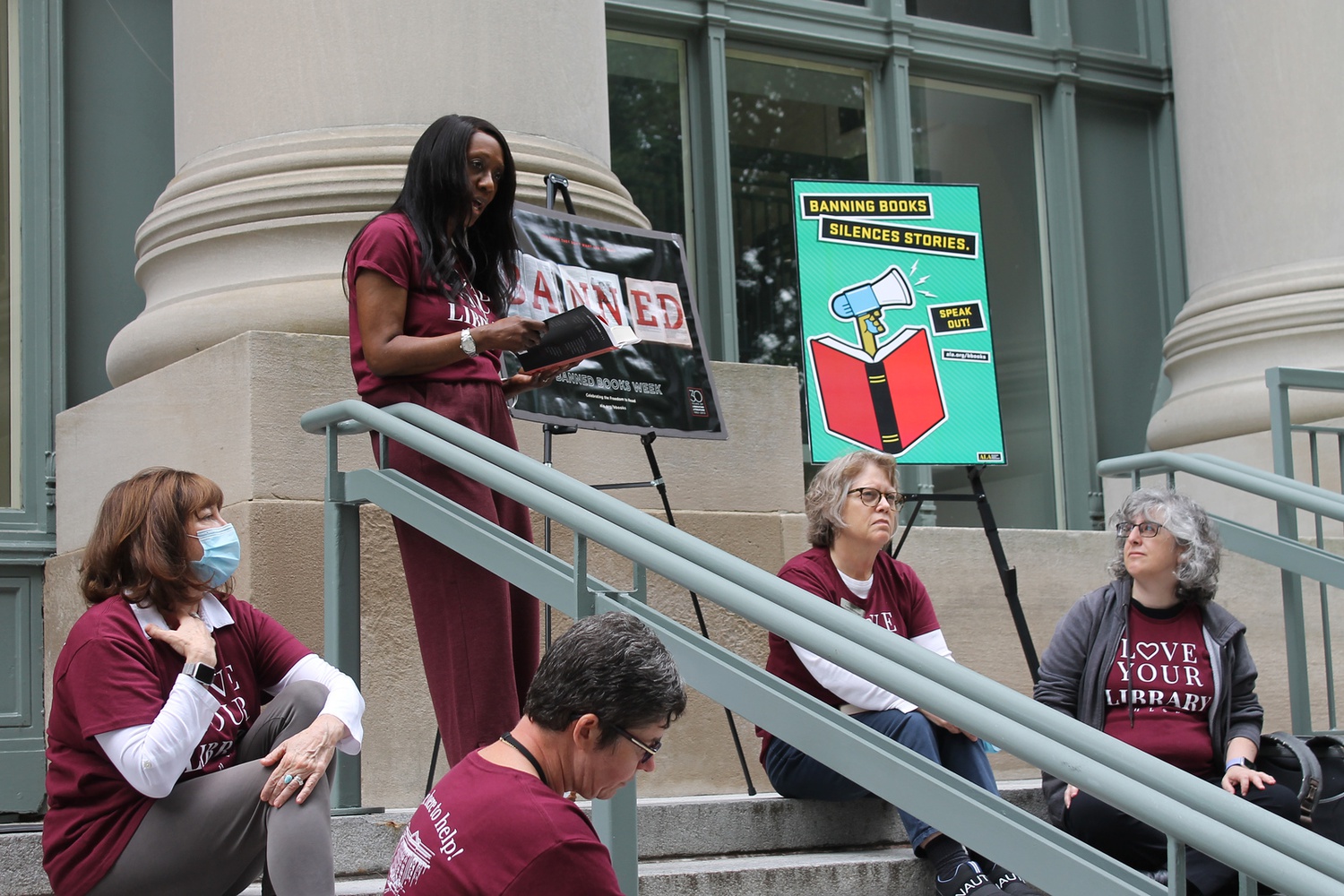 Patrons looking to enter the Harvard Law School library Wednesday afternoon had to navigate around a dozen librarians and staff members, who crowded the front steps as they took turns reading aloud selections from their favorite banned books and authors.

The readout, which the Law School library has hosted since 2016, commemorates the 40th annual Banned Books Week — a nationwide campaign to fight censorship, spotlight persecuted individuals, and celebrate the freedom to read under the First Amendment’s free speech protections.

“It really was to help people understand that their ability to read whatever they want might be limited at some point in the future and how important it is for us in a place that celebrates intellectual freedom to champion access to books,” said HLS Library Executive Director Jocelyn B. Kennedy, who moderated the event.

Kennedy, who read excerpts from Toni Morrison's “The Bluest Eye,” George Orwell’s “1984,” and James Joyce’s “Ulysses,” said today’s most commonly challenged books discuss LGBTQ+ issues and racial justice, among other socially sensitive topics. She emphasized that having free access to books is crucial in generating difficult but necessary conversation and called attention to the rising censorship of books across the country.

According to Kennedy, 2021 saw the challenging and banning of over 1,500 different books in the United States, a figure that has already been exceeded in 2022. A book is considered challenged when there is an attempt to remove or restrict it.

“It's getting worse,” Kennedy said. “There's something about the world that we're living in today that is leading people to challenge books more than ever before.”

“The reality is that it's been happening always,” Kennedy said. “We've always banned books. It's human nature to want to suppress anything that’s different.”

Lesliediana Jones, the HLS Library associate director for public services and chair of the American Library Association’s Intellectual Freedom Committee, talked about the challenges librarians and educators face in supporting the free exchange of ideas that books provide.

Jones, who read a passage from Angie Thomas’ “The Hate U Give,” said librarians are “regularly being challenged, being threatened” and that some are “losing their job over books that are in their library — that are on the banned books list — and books that they want their students to read.”

“It has been for many of them a very traumatic experience, and many of them have left the profession,” she added.