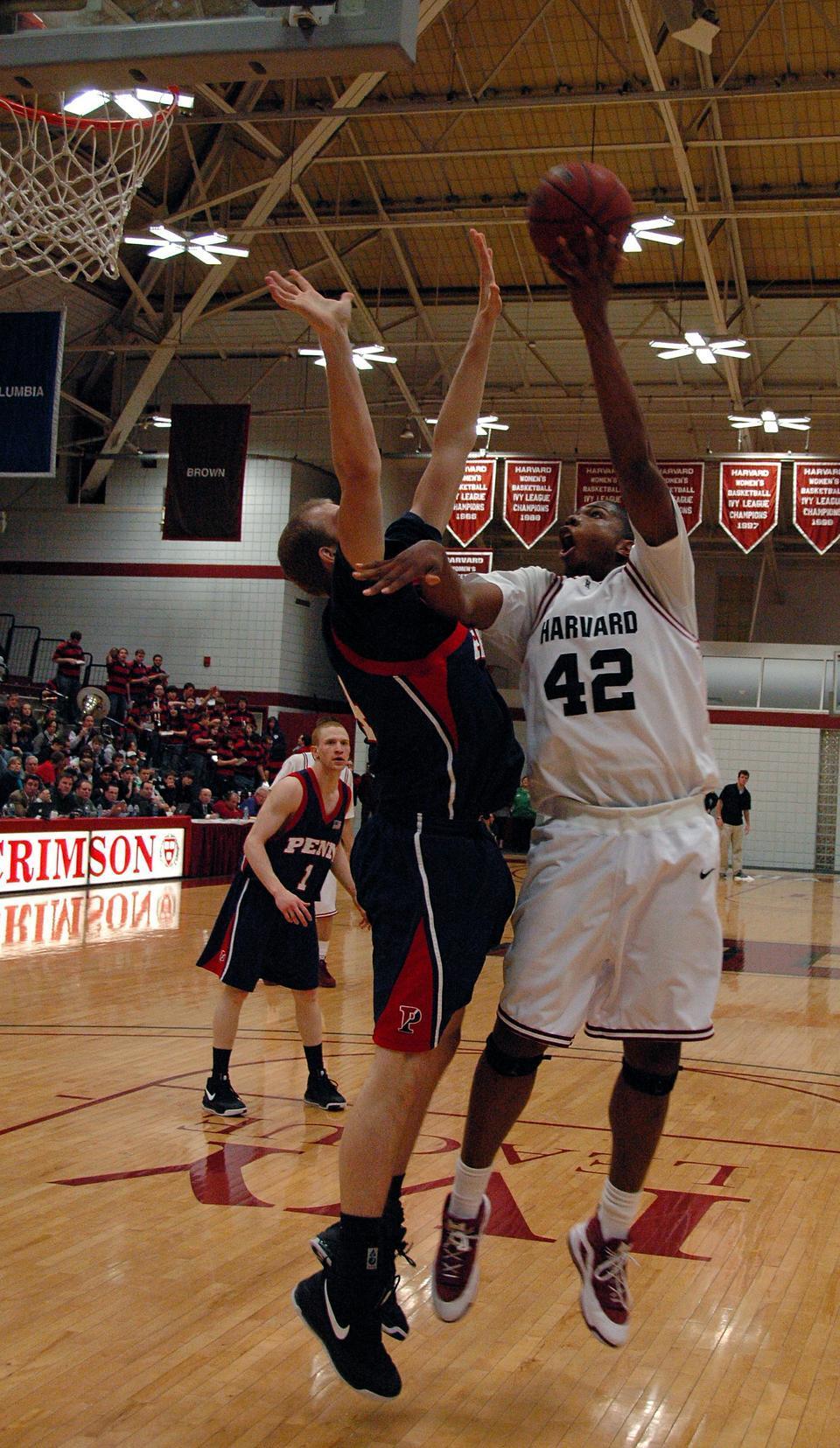 Junior co-captain Keith Wright will provide some veteran presence up front for the men's basketball team, but the squad will miss the presence of big men Doug Miller '10 and Pat Magnarelli '10
By Timothy J. Walsh, Crimson Staff Writer

The men’s basketball team will dearly miss a pair of seniors from last season, neither of whom is named Jeremy Lin ’10.

On opening night this coming Saturday, Harvard will have just five healthy big men—juniors co-captain Keith Wright and Andrew Van Nest, sophomore Jeff Georgatos, and freshmen Ugo Okam and Tom Hamel. In light of this lack of experience, the Crimson will surely be pining for the likes of Doug Miller ’10 and Pat Magnarelli ’10.

Together, the two big men combined for 10.1 points and 6.7 rebounds in 34.2 minutes per game last season. Though their numbers were not gaudy, Miller (a co-captain last year) and Magnarelli provided a toughness and experience that this year’s unproven frontcourt lacks.

“Doug didn’t get a lot of credit last year, but he did so many things for our team and helped us win,” junior co-captain Oliver McNally said.

The same can be said for Magnarelli. The talented big man, who averaged 10.8 points and 6.3 rebounds per game his sophomore year, was beset with knee and ankle injuries for much of his career (he missed the entire season his junior year) but remained a remarkably efficient offensive player, shooting 58.8 percent and averaging 1.53 points per shot.

This year’s cast of post players includes a pair of talents in Wright and sophomore Kyle Casey, the reigning Ivy League Rookie of the Year (who will miss the start of the season with a broken foot), but the Crimson will also rely heavily on a handful of unknowns.

Van Nest—who missed the entire season his freshman year with a shoulder injury—and Georgatos have played a total of 15 and 13 games, respectively, with no starts between them. Okam has the physical tools to contribute down the road, but the Nigeria native is still a very raw prospect. Hamel is a walk-on who is unlikely to make an impact on the stat sheet.

This thin front line highlights the value of last year’s entire senior class, not just Lin. With all the crazy variables that determine the outcome of a season, the luxury of having two very capable big men in Miller and Magnarelli was likely overlooked.