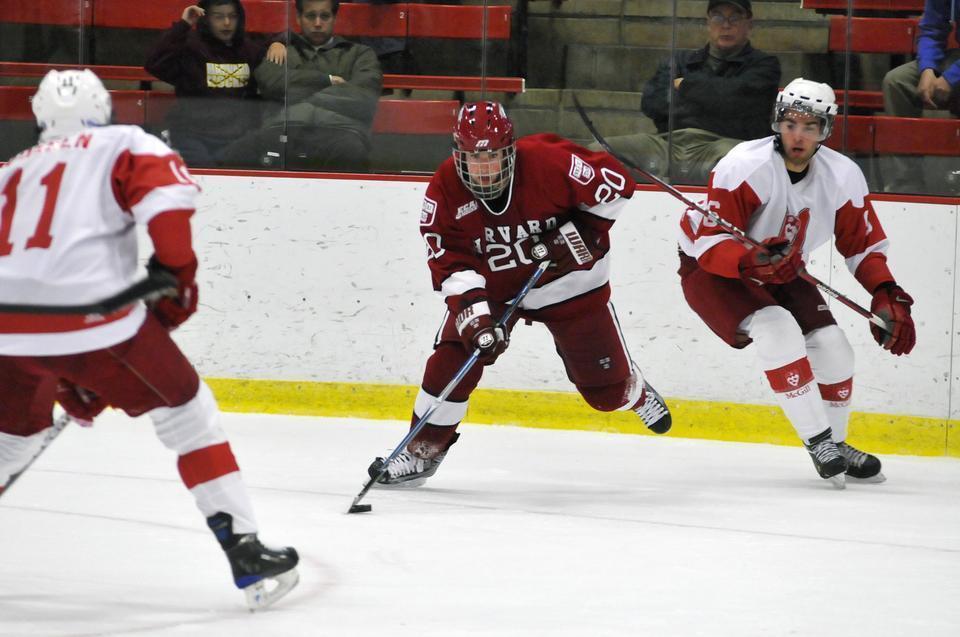 After a year of college, many are ready to go back home and lay around for a bit. Like many of his classmates, Louis Leblanc will be heading home. But as a professional hockey player, he'll be doing anything but lying around.

After being drafted 18th in the 2009 NHL draft by his hometown team, the Montreal Canadiens, Leblanc signed with the Habs in late July after just one year in Cambridge, a year in which he led the team in goals and overall points.

The former freshman phenom is not the only Harvard hockey player turning pro. Leblanc’s former captain, Alex Biega ’10, signed with the Buffalo Sabres on May 26. Beiga was named the team’s MVP as a junior and senior and was twice an all-ECAC selection.

With the graduation of Biega and the early departure of Leblanc, the Crimson loses two of its top players, usually not a good sign for a team hoping to improve upon a 9-21-3 record. But there may be a silver lining for the Harvard skaters. With Biega and Leblanc signing professional contracts and rising sophomore Danny Biega being selected in the third round of the 2010 NHL draft, the Crimson has shown that it can develop athletes into professional material. And while Harvard’s overall record may not turn heads, its string of midseason upsets and ability to develop talent may help it attract top recruits in the future.

Meanwhile, the Crimson now has representatives in all four major professional sports—five if you include soccer. Interestingly, of the four Harvard athletes to be signed this summer fresh out of their Crimson careers—football’s James Williams, men’s basketball’s Jeremy Lin, Alex Biega, and Leblanc—none were drafted in 2010, and only the hockey players were drafted at all. While Cambridge is not exactly a Mecca for future draftees, it seems that aspiring professional athletes at Harvard are just as adept as getting hired as the rest of the student body.