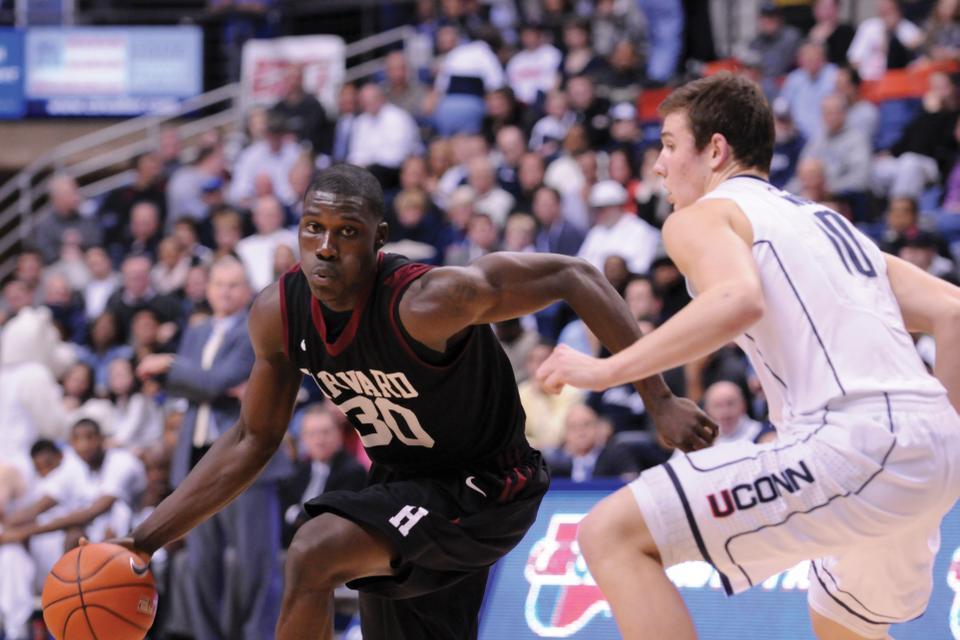 With a win last week over Florida Atlantic, Harvard achieved its best rankings in both major polls in the history of the program.
By Peter G. Cornick, Crimson Staff Writer

After its 63-51 victory over Florida Atlantic on Thursday, the Harvard men’s basketball team has regained its spot in the AP rankings and moved up in the ESPN/USA Today Coaches poll. In both, the Crimson achieved its top position in program history.

Harvard (10-1) now finds itself ranked No. 23 in the ESPN/USA Today poll after receiving 92 votes.  But that puts the team far behind No. 22 Pittsburgh, which received 159 votes after a Christmas Eve upset at the hands of Wagner dropped the Panthers nine spots.

Harvard improved on its ranking from last week, when its 53 votes garnered the Crimson the No. 25 spot.

Bumped out of the top 25 in the AP Poll after a loss to UConn in early December, Harvard regained its lost ground. The Crimson’s 121 points pushed the squad past No. 25 San Diego State, which earned 119 points, and into the No. 24 spot.

But similar to the ESPN/USA Today poll, Harvard finds itself far behind the next-ranked team, with No. 23 Virginia receiving 214 points.

The Crimson will have its hands full defending its best poll appearances yet. Harvard heads over to Chestnut Hill, Mass. to take on cross-town rival Boston College (5-7) on Thursday before hosting Saint Joseph’s (9-3) on New Year’s Eve.