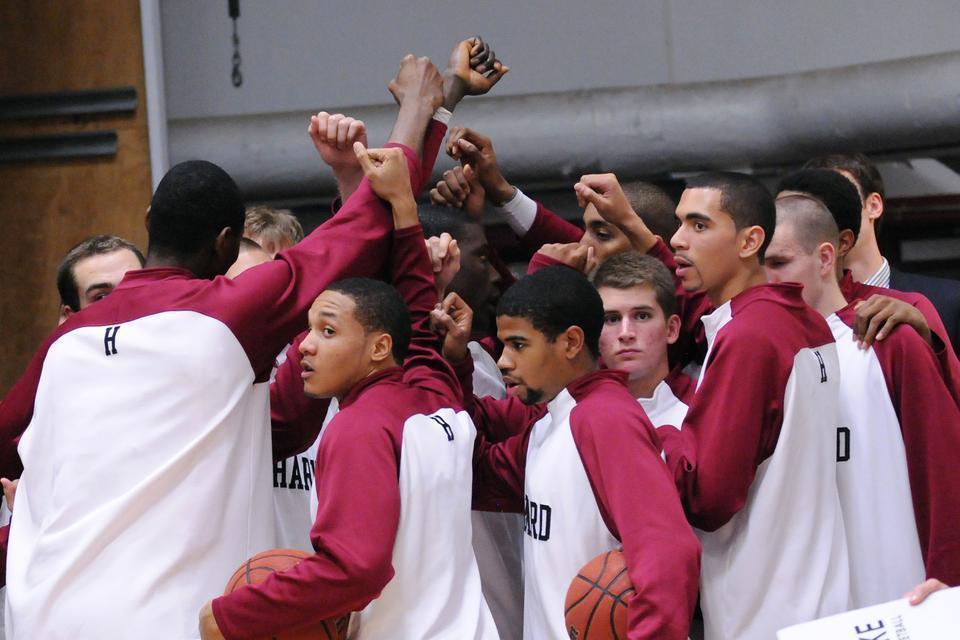 In Monday's ESPN/USA Today coaches poll, the Crimson was ranked No. 24—the first ranking in a major poll in program history. Harvard amassed 95 points, one shy of a three-way tie with Illinois and Gonzaga for 22nd place. The Crimson is one of five schools on the list with an unblemished 8-0 record and one of 11 teams still undefeated.

The Associated Press' Top 25 also ranked Harvard in the top 25, placing it at the bottom of the list with 191 points, two points off No. 24 Illinois.

One week ago, the Crimson landed in what was essentially the No. 27 position, 17 points shy of No. 25. But wins this week against Vermont and Seattle—coupled with losses by California, St. Louis, Vanderbilt, and UNLV—propelled undefeated Harvard into the top 25.

This is the first time an Ivy League school is featured on a major poll since Cornell placed 22nd on the ESPN/USA Today coaches poll in 2010. The last Ancient Eight team to be ranked in the AP poll was the 1997-1998 No. 8 Princeton Tigers squad.