Around the Water Cooler: It's Harvard v. Princeton Weekend 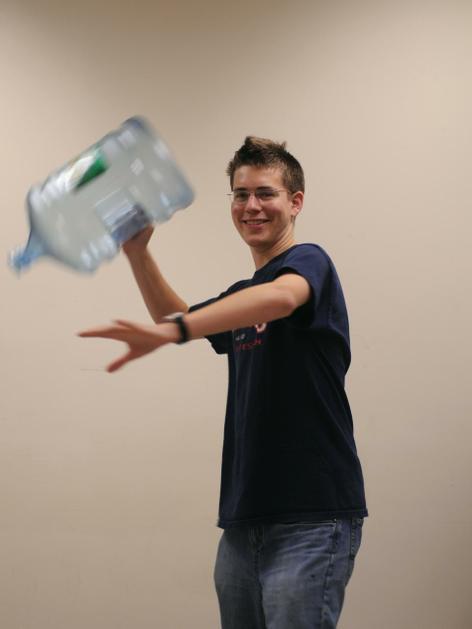 This week, the last thing any of us want to do is go outside. Yup, the Super Bowl couldn’t come at a better time, and neither could the exciting Ivy League weekend we have in store. Specifically, in what should be a tight contest, the top men’s basketball squads—Princeton and Harvard—will face off this Friday night (the game will be broadcast on ESPNU). But the men’s game will have to share the spotlight with a duel between the top dogs of women’s Ancient Eight basketball—once again, the Crimson and the Tigers. We’ll give you an inside look at these games, so just stay where you are—it’s time for a little talk Around the Water Cooler.

Harvard men’s basketball is still riding high after beating Columbia and Cornell this past weekend, in the process extending its winning streak to eight games. But Friday and Saturday nights could change that, as the Crimson face off against the only two undefeated teams left in the Ancient Eight: Penn and Princeton. And unfortunately, Harvard will have to face both of these teams on the road.

At Lavietes Pavilion, Harvard has been nearly unstoppable, having won 13 contests in a row dating back to last year. But on the road, the Crimson hasn’t been quite as dynamic, winning just five of eight.

While the Quakers look beatable, Princeton will be a challenge. Certainly one of the most talented teams in the league, the Tigers just don’t lose to Harvard at home, having beaten the Crimson 21 straight times and in 37 of 41 tries at Jadwin Gym. Yikes.

It’s a big weekend for women’s basketball too, as Princeton and Harvard face off at Lavietes Pavilion on Friday night. It should be a good game—so good, in fact, that ESPN called it one of the women’s basketball games to watch for the week. The undefeated Crimson will try to unseat the undefeated Tigers, who dominated the Ancient Eight last year. Princeton only lost one conference match in its entire 2009-2010 campaign, scoring 944 points while only allowing 705 in 14 conference games.

On a different note, February is, of course, Black History Month. And the Ivy League is doing its part in the celebration. Every weekday this month, IvyLeagueSports.com will highlight a different African-American in the Ancient Eight sports community, asking him or her questions related to the black community. The celebration began by highlighting Harvard coach Tommy Amaker, who in his video interview discussed the importance of Martin Luther King Jr. and his messages of nonviolence and understanding. It’ll be sophomore forward Kyle Casey’s turn to share his thoughts on Friday.