A Different Feel at Harvard Stadium 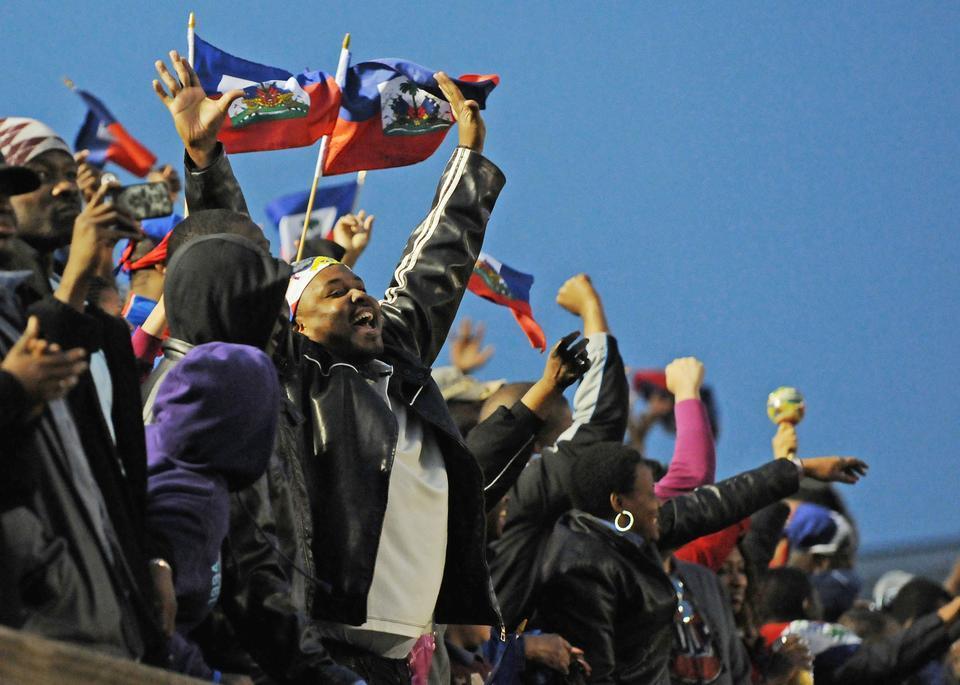 The Harvard men's soccer team played an exhibition game against the Haitian national team on Sunday. Proceeds from the game, which attracted 11,513 fans, went to Partners in Health. The two teams tied 0-0 in regulation and Haiti won 4-1 in penalty kicks. By Meredith H. Keffer
By E. Benjamin Samuels, Crimson Staff Writer

It’s not every day that you hear as much Haitian Creole at Harvard Stadium as you do English. Yesterday’s friendly between the Harvard men’s soccer and the Haitian national team brought a unique environment to the century-old field.

For one, the game attracted over 11,000 fans, a figure generally reserved for attendance at football games. But most of the people that lined the cement bleachers of the stadium rowdily supported the Caribbean team, and Harvard fans were left in a small and very silent minority.

The Haitian team’s introductions were presented in Haitian Creole, a distinct demonstration of the multiculturalism of the Boston area, which boasts a significant Haitian population.

When the visiting players made their way out of Harvard Stadium’s undersized tunnels and onto the field, the crowd—ready with flags and other national apparel—gave Les Grenadiers a hometown welcome.

Despite the fact that the game was an exhibition, emotions ran high throughout the contest. The crowd came alive anytime Haiti had a chance at a breakaway and cheered anytime a call went against the Crimson.

Even before the game, the path between North Harvard Street and the west entrance of the stadium was lined with vendors selling either national memorabilia or Haitian food. Throughout, long lines kept the makeshift stores busy.

Allston has seldom felt so removed from Harvard. Yesterday, only a smattering of Harvard fans and flags adorning the stadium reminded onlookers that the Crimson was actually the home team.