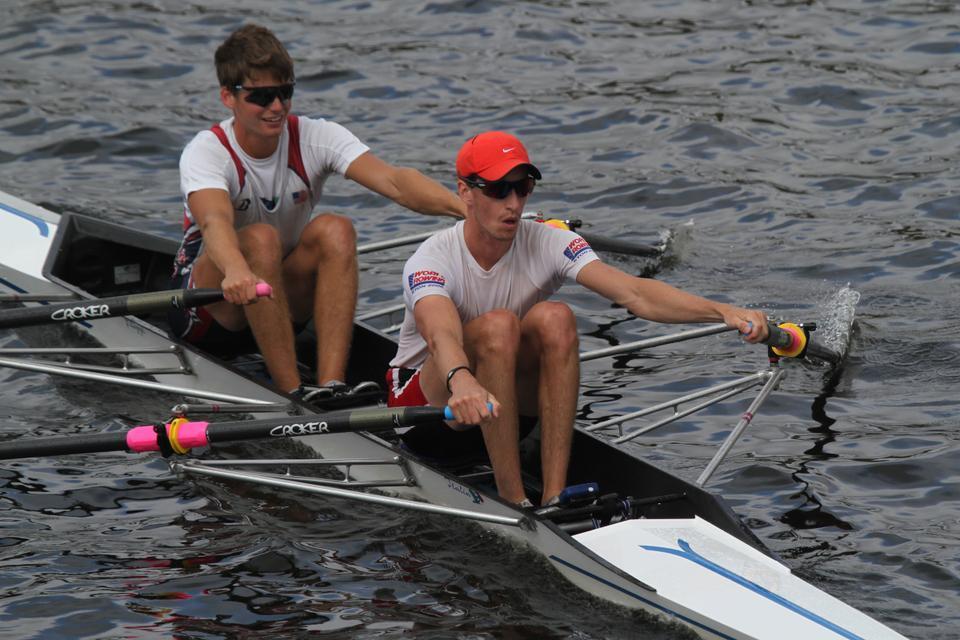 Campbell, a Connecticut native, competed individually in the single lightweight sculls for the United States in a field of 25 competitors from across the world. He was coached by Linda Muri, assistant coach of Harvard lightweight crew.

After placing second in both his quarterfinal and semifinal races, Campbell advanced to compete in the “A” final where he finished in 6:57.88 behind Denmark’s Henrik Stephansen and Hungary’s Peter Galambos.

Earlier in the summer, Campbell competed at the 2012 Final Olympic Qualification Regatta with partner Will Daly, a Boston University graduate, to vie for a spot in the Olympics. The duo finished third and just missed qualifying for the lightweight double sculls.

After this setback, Campbell decided to race at the 2012 Henley Royal Regatta rather than compete at the U-23 World Championships. At Henley, Campbell competed individually in the prestigious Diamond Challenge Sculls event. Campbell defeated Duncan Grant of New Zealand—who beat out Campbell for the bronze medal at last year’s World Championships—by 2.5 lengths to advance to the semifinals. There, he fell to South Africa’s Peter Lambert, who went on to secure the Henley title.

With Campbell’s success this summer, he has bolstered his reputation on the world stage of rowing. He will be a key competitor to watch as the fall rowing season heats up in the coming months.