Biega '10 Called Up to Canucks 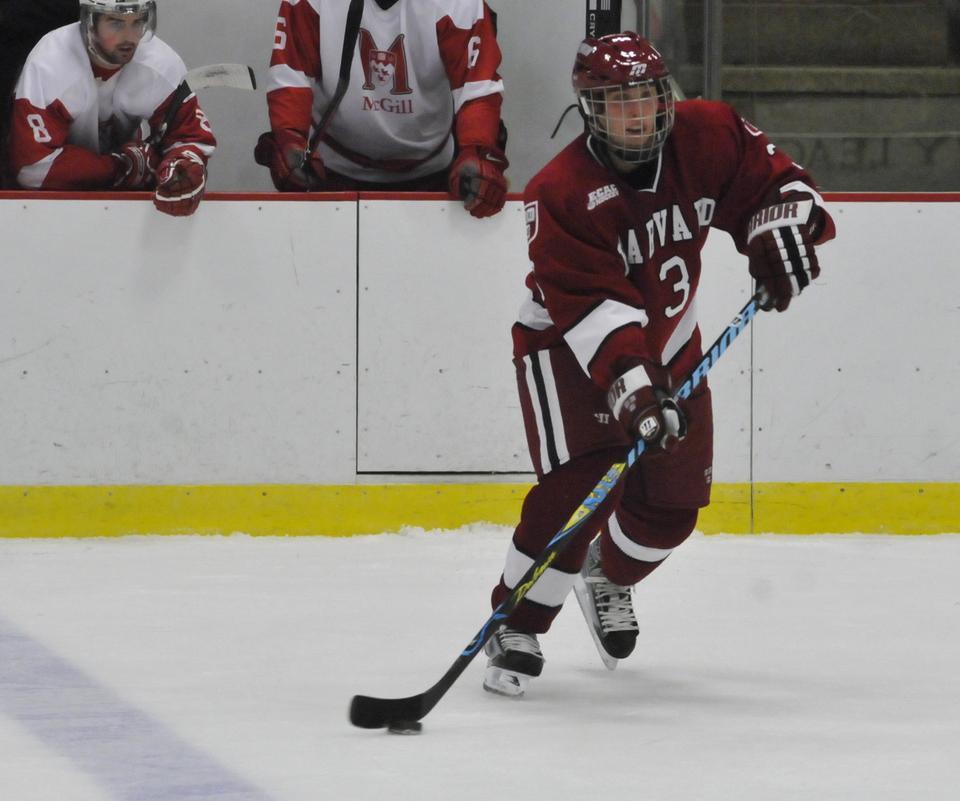 Alex Biega ’10 will have his shot at the big league.

Biega, a 26-year-old defenseman from Montreal, served as the Crimson’s 116th captain in his senior season. The former Quincy House resident led all Harvard defensemen in scoring in his sophomore year and was named to the ECAC All-Tournament team in 2008. Harvard honored Biega as the team’s most valuable player after each of his last two collegiate seasons.

Drafted 147th overall by the Buffalo Sabres in 2006, Biega has played on three different AHL teams in four professional seasons but has yet to play a game in the NHL. He ranks second among Comets defensemen in scoring this season with 10 points in 25 games.

The Canucks will host the New York Rangers tomorrow. It is unclear whether Biega will dress for the contest.

Biega played alongside brothers Michael ’11 and Danny ’12. The trio was the second set of three brothers to play together on the same team, following the Moore brothers (Mark ’00, Steve ’01, and Dominic ’03). Danny, who was named an All-American following his junior season, has four points in 23 games this season with the Charlotte Checkers, the Carolina Hurricanes’ AHL affiliate.