Athlete of the Week Runners-Up: Week of 2/12 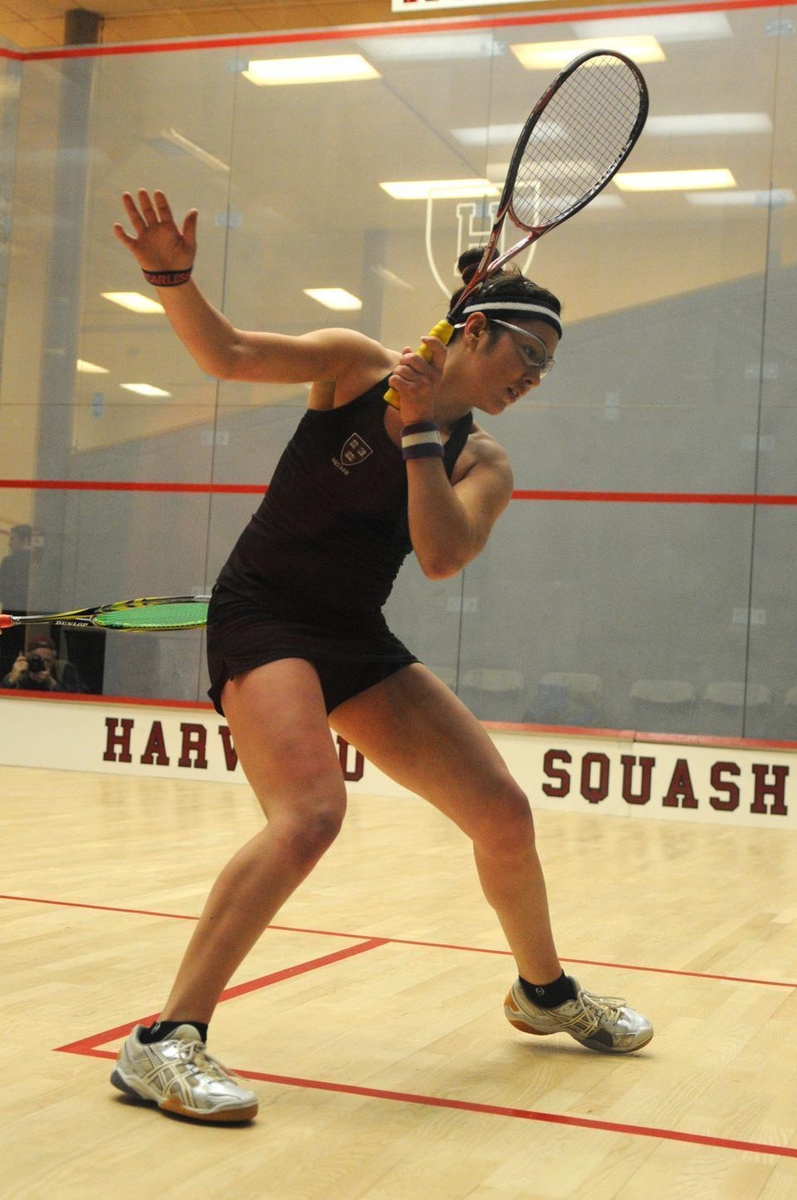 This week’s Athletes of the Week runners-up prove that you don’t necessarily have to be a senior to lead by example—each of these three Harvard athletes rose to the occasion in playoff competition this past week.

Though Sobhy wasn’t this occasion’s Athlete of the Week, it’s not to downplay any of her accomplishments over the past week—or for the whole year, for that matter. The Crimson finished the year with a perfect 12-0 record, led by the Sea Cliff, NY native’s nine wins in the No. 1 position.

The top-ranked squash team won its 19th Ivy title with the weekend’s win over No. 10 Brown, and Sobhy was on top of her game per usual, defeating the Bears’ Dori Rahbar, 11-4, 11-4, 11-0, in the top position. The junior is now an astounding 39-0 in her collegiate career at Harvard, and she also competes on the international circuit.

The freshman sabre fencer finished with an 18-0 individual record for the weekend’s Ivy League Round Robins, which earned her the honors of Outstanding Performer and Outstanding Rookie Performer—a combination that had never been accomplished by a Harvard fencer before.

Jarocki, who competed for the USA Junior National Team, was the only Ivy League fencer to finish the event with an undefeated record. Her performance led the Crimson to a second place finish in the Ivy League. With the NCAA Regionals and Championships coming up in mid-March, the freshman from Middle Village, NY is an early favorite in sabre competition.

The junior goaltender swallowed up every shot swatted at him against Dartmouth last Friday and then held strong in the net for the Crimson’s 6-2 win in the Beanpot Consolation game against Boston University. The victory over the Big Green avenged Harvard’s 2-1 loss earlier in the year and saw the sixth round 2011 NHL draft pick stop 21 shots in the 3-0 shutout.

Against the Terriers, the 6’2” goaltender recorded 25 saves in the full 60 minutes between the pipes and held the Terriers scoreless in the second period. With the two wins, Michalek may have cemented his place as the starting goalie for the time being. He and senior Raphael Girard have shared time in the net throughout the season, but after Girard allowed five goals against Northeastern in the first round of the Beanpot, Michalek was asked to step up.