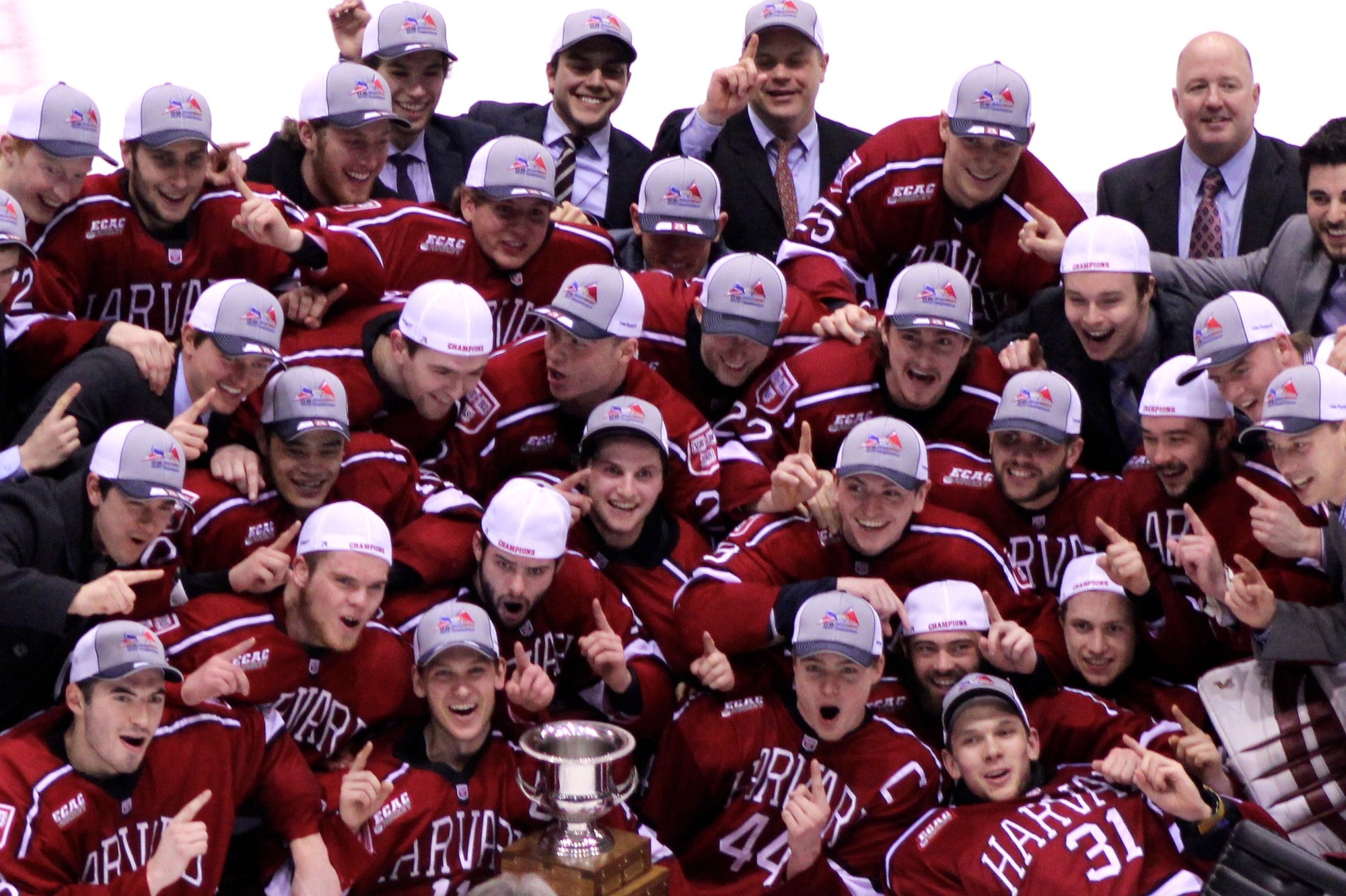 The Crimson took home the Whitelaw Cup for the first time since 2006.
By Kurt T. Bullard, Crimson Staff Writer

The No. 17/15 Harvard men’s hockey team was placed in the Midwest Region seed in the NCAA Men’s Hockey Tournament and will take on No. 10/10 Nebraska-Omaha in the first round of the tournament on Saturday. The Crimson will take the ice in South Bend in a sudden-death matchup against the Mavericks.

Harvard (21-12-3, 11-8-3 ECAC) enters the tournament hot, having gone 6-1 in the ECAC Tournament that spanned the last three weekends. Junior Jimmy Vesey set a tournament record with nine goals in the team’s seven games en route to being named the tourney’s Most Outstanding Player. The Crimson outscored its opponents 25-15 in its run for the team’s first conference championship since 2006.

Nebraska-Omaha (18-12-6, 12-8-4 NCHC) was swept in the first round of the National Collegiate Hockey Conference tournament by No. 18/- St. Cloud State, who would go on to upset No. 1/1 North Dakota in the semifinals before losing to No. 6/5 Miami in the finals.

Minnesota State Mankato, the number one overall seed in the tournament, is also in the Midwest Region. They will take on the Rochester Institute of Technology in the first-round, with the victory taking on the winner of the Harvard-Omaha matchup on Sunday.

Two teams from the ECAC earned at-large bids. Regular season champion Quinnipiac and Yale made it into the tournament.

—Staff writer Kurt Bullard can be reached at kurtbullard@college.harvard.edu.