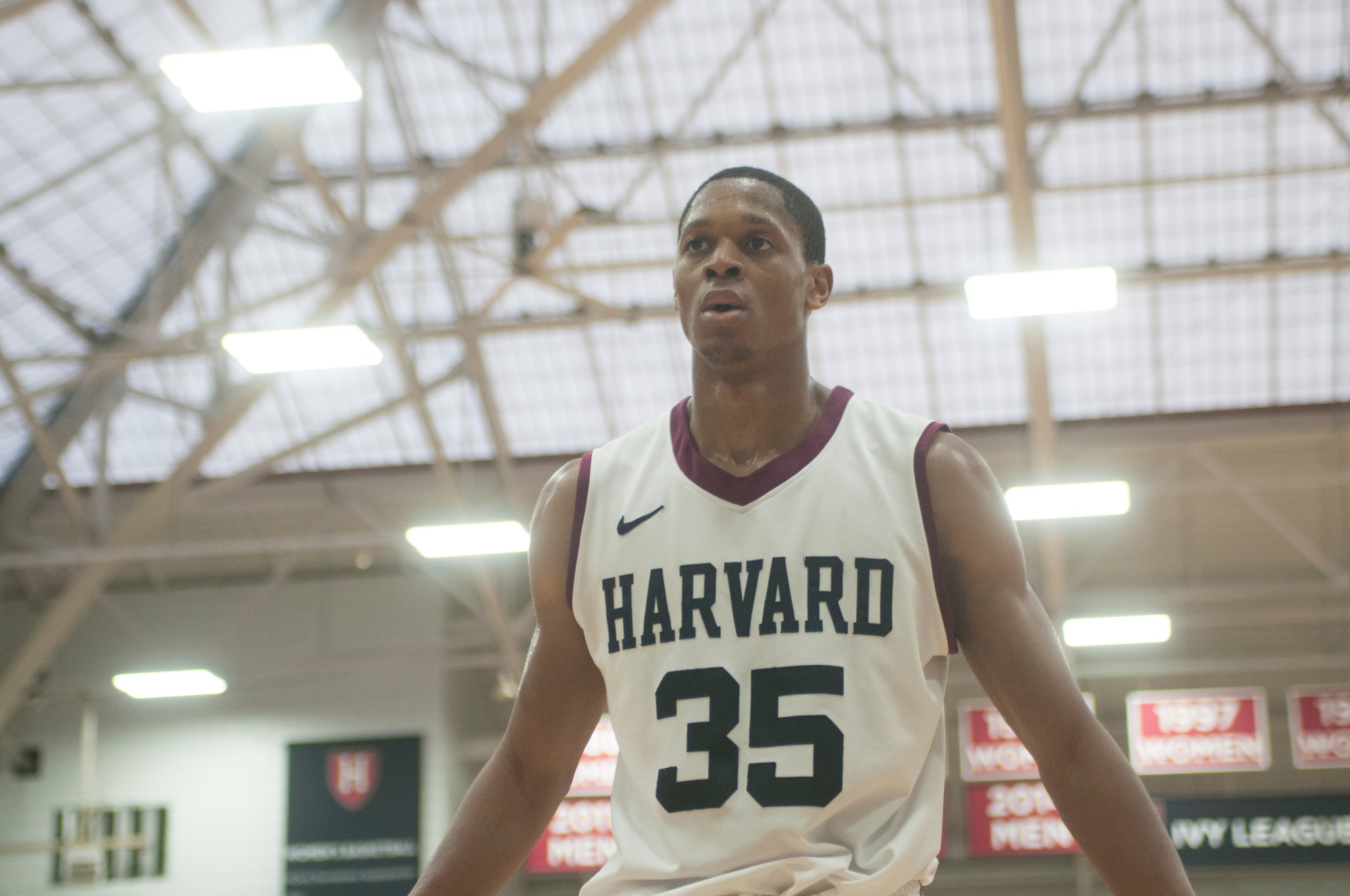 The Harvard men’s basketball team was one of three Division I programs that participated in this year's NCAA Tournament to receive the NABC Team Academic Excellence Award. The National Association of Basketball Coaches bestows the honor on teams that reach a cumulative GPA of 3.0 or better.

Additionally, four student-athletes were honored with a place on the NABC Honors Court. Charlie Anastasi '15, Alex Nesbitt '15, and seniors Agunwa Okolie and Patrick Steeves received the honor, which is given annually to junior and senior athletes who maintain a cumulative GPA of 3.2 or better.

Okolie, an Economics concentrator from Ajax, Ont., had a breakout 2014-2015 campaign, earning the Crimson's Most Improved Player Award. The swingman progressed in nearly every statistical category and became a key contributor for Harvard, starting 27 of the team's 30 games and often covering the opponent's top scorer.

Fellow Ivy League teams Columbia and Yale joined the Crimson in receiving the team distinction, while the Crimson led the Ancient Eight with its four individual honorees. Northern Iowa and Belmont were the only other teams to receive the award and qualify for the NCAA Tournament.

Overall, Harvard was one of 175 teams recognized, while Anastasi, Nesbitt, Okolie, and Steeves joined a record-setting 1,000 players in the Honor Court.