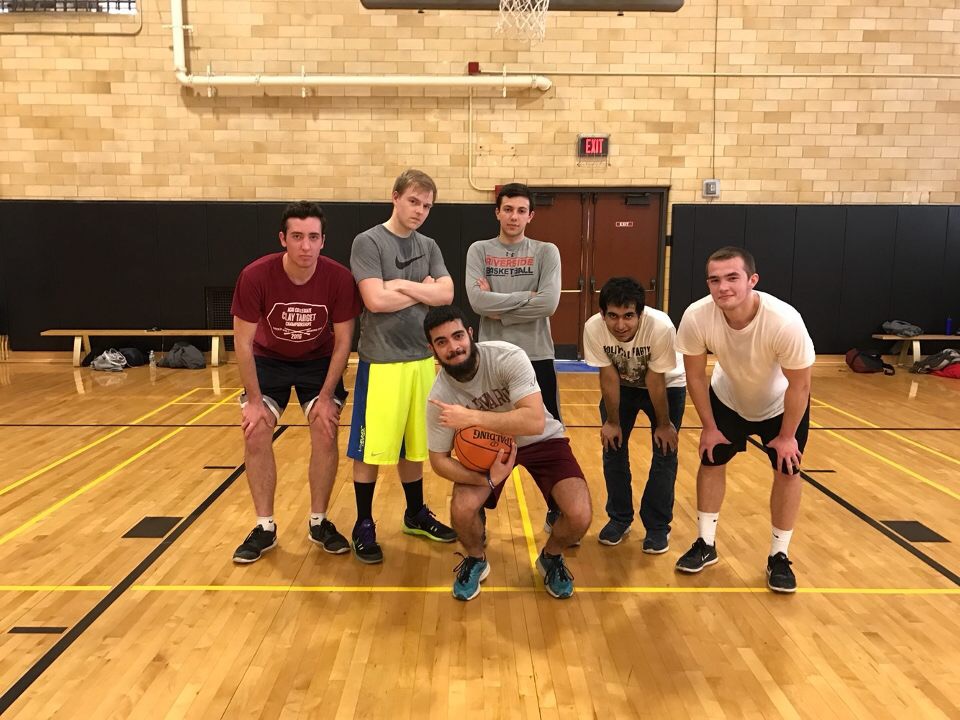 EDITORS' NOTE: Due to errors during the editing and publication process, this internal satirical article was posted to the Back Page blog. In the interests of transparency and due to The Crimson's longstanding policy against removing content from our website, this article will remain viewable to readers.

The crowd of two spectators hushed when Chad Borgman released the most important shot of his career.

All afternoon, the freshman power forward had tormented his Crimson Sports Board opponents. Borgman—listed at 6’8” and 277 pounds—had combined with third-year senior Mark Bode—listed at 6’7” and 235 pounds—to outrebound the Sports Board.

“If I can try to experience the life of a lobster, I’d say ‘Why not?’” Borgman said. “I’m all about exploring my options.”

Now, for the last time that afternoon, the players stood on the same hardwood floor, watching Borgman’s shot. The ball rose, spun, and sailed through the afternoon sunlight. Then it dropped—into the net and the nightmares of Sports writers.

“We’re just a bunch of blue-collar guys,” Borgman said. “We let it in set in for a while, but we got back to 5 p.m. basketball practice every Sunday like we normally do.”

Borgman was not the only standout on a day when the upstart HPR shocked the Sports Board, two spectators, and any MAC attendants. Bode shot lights-out from behind the arc, an ability that he attributed to his Indiana roots, among other factors.

“I stayed away from a lot of steroids,” the veteran said. “It was more about sinewy muscle. But it’s been a steady stream of HGH and amphetamines.”

Both shots came with the Sports Board holding 19-14 leads. The second heave slammed off the glass and then the front rim, proving that the bank is open on Sundays.

“I was born in a small cottage 50 miles outside of Detroit,” Hakim said. “There’s no record of my birth…. I was born 25 pounds, three ounces. They said I’d never be able to walk because 80 percent of the weight was concentrated in my head. They said I’d never be able to balance, and I was walking within three days after my birth. I’ve been proving haters wrong from a young age, and I’ll continue to do so. Their words are not my concern.”

The result seemed to rattle the Sports Board, which squandered late leads in both contests. Freshman Cade Palmer led his team all afternoon, nailing midrange jumpers and stonewalling defenders with picks. But not even that effort could save the Sports Board.

“I did not [call my mother] for fear that I might break down crying,” junior Troy Boccelli said. “I’ve kept it to myself. It was definitely embarrassing, but I’m looking forward to getting back onto the court.”

The first game foreshadowed the second. Relying on jumpers from Palmer and post moves from Boccelli, the Sports Board built a 19-14 lead. The hometown favorites had a chance to ice the win, but a shot by three-point specialist Jake Meagher (senior) clanged off the rim.

That’s when the HPR went to work. Hakim’s jumper started the bleeding, and a flurry of short field goals ended the game.

“Being locked in a room with ‘Call Me Maybe’ for five years would make you into a prisoner of your own mind,” Bode said. “I feel like being unable to distinguish muffins from babies would be a conversation starter. You’d try to pick up babies from strollers, and people would be very confused.”

“Tommy ‘Let’s Bomb the S*** of the Russians’ McCarthy—he’s an absolute baller,” Boccelli said. “If you ever watch him in warmups, the man has hops. Frankly, he had a phenomenal rookie season, and I’d love to see it continue.”

At least for Hakim, the final score set off a period of joy, with the HPR exchanging high-fives. However, some of that positivity has proven temporary.

“If we were focusing on the real issues, like ‘Was Julius Caesar really a woman?’ I think we would’ve made a lot more progress in this world,” Hakim said. “I’m not convinced either way. All I’m saying is, ‘Julius’—I’ve never heard that name. Julia sounds more realistic.”

The Sports Board will have a chance to rebound with exhibition games at the MAC, tentatively scheduled for whenever people have free time.

Even so, the emotional hurt of the HPR defeat seems likely to linger. Put simply, some defeats are haunting.

“We managed to snatch defeat from the jaws of victory on Sunday,” Boccelli said. “It was a great game. Basketball is a game of runs. Their run was just a little bit more than ours. But there’s life beyond basketball. I’d like to think that once the ball stops bouncing, things are going to be all right. We’ll move on. But yeah, the Warriors blew a 3-1 lead.”