Athlete of the Week: Jillian Wachira 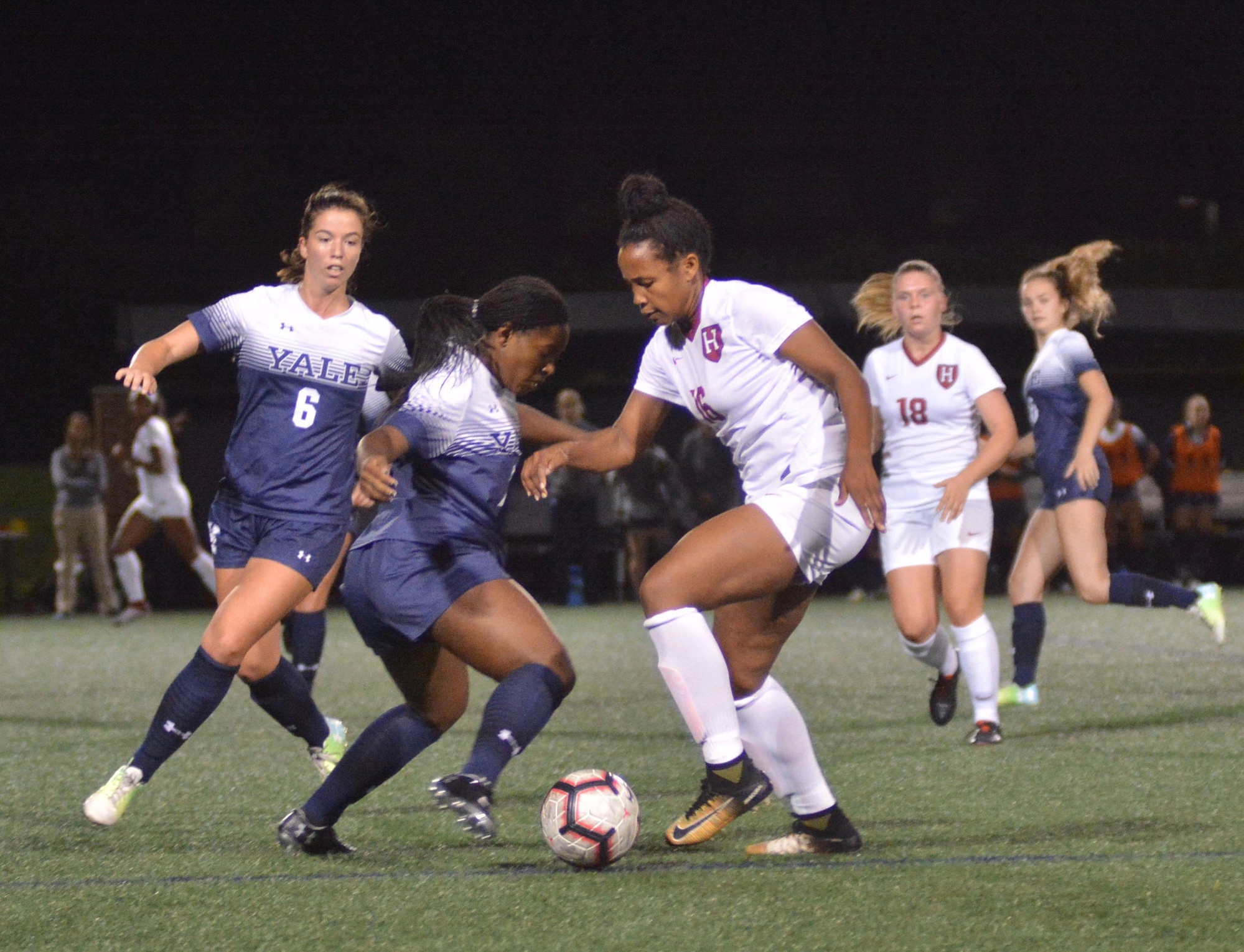 Jillian Wachira’s first career goal could hardly have come at a better time. In a tense, low-scoring game against a strong Yale team, her 29th minute game-winning strike was just enough to ensure victory for Harvard women’s soccer.

The Crimson (4-4-1, 1-0-1 Ivy League) started its three game homestand in style by handing Yale (5-4-1, 0-2-0 Ivy League) its second consecutive loss and bringing their overall record up to .500. Both teams came to Jordan Field determined to come away with a win, and both teams looked capable of emerging victorious throughout the full ninety minutes. Ultimately, however, the combination of Harvard’s stout defending and Wachira’s moment of individual offensive brilliance proved too much for the Bulldogs to handle.

Each team started the game aggressively and forced both keepers to make impressive saves in order to keep the game scoreless. A diving save from Yale’s keeper to deny Murphy Agnew in the 18th minute kept the Crimson off the scoreboard. Finally, 28 minutes into the first half, Jillian Wachira broke the deadlock with a stunning strike from the edge of the 18 yard box.

The freshman defender Wachira made an overlapping run down the left flank, picked up the ball in the midfield from classmate Lara Schenk, and beat two Bulldog defenders before finessing a shot past Yale’s keeper into the top corner at the far post. This goal, the first of her career, would prove the only difference between the two closely matched sides.

Wachira’s contributions were not limited to the attacking end of the pitch, either. Having appeared in all nine games that the Crimson has played so far this season, the Plainsboro, New Jersey native has already become a fixture of one of the Ivy League’s best defensive units. Harvard’s back line never allowed Yale’s attackers to get comfortable, and with significant contributions from senior keeper Danielle Etzel, it came away with its third consecutive clean sheet this season (their fifth overall).

As women’s soccer prepares for the latter half of its season, which includes games against a number of Ivy League rivals, the team will look to Jillian Wachira and its other promising freshmen to maintain their high level of play. If Harvard continues to defend as effectively as it has in recent games, the Crimson will become a nightmare matchup for opposing attackers; if players keep scoring goals like the one Wachira scored on Saturday night, opposing defenses won’t fare much better.

Harvard will look to keep up their winning ways against lowly Cornell (1-7-1, 0-2-0 Ivy League) on Saturday, October 6 at Jordan Field.