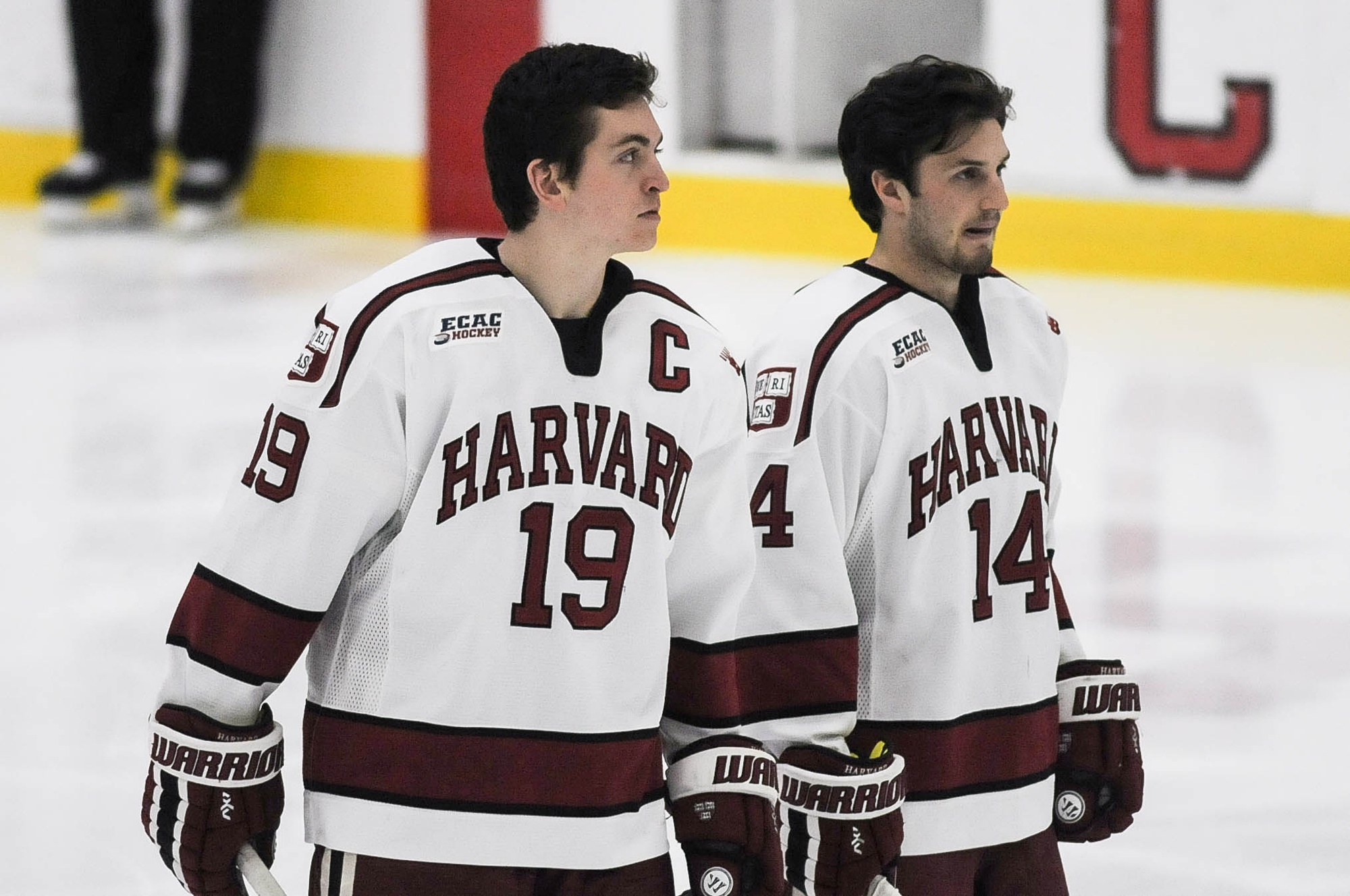 After helping bring the Harvard men’s hockey program back under the national spotlight, Jimmy Vesey ’16 has cemented himself as a nightly regular in the New York Rangers lineup.

This past season — his second full campaign in the National Hockey League — Vesey played in 79 of 82 games and logged 17 goals, good for fifth-most on the team. He added 11 helpers that season. As a rookie, the 2015-2016 Hobey Baker Award winner skated in 80 contests, in which he tallied 27 points and even got his first taste of playoff hockey by helping the Rangers advance to the second round.

As he prepares for the fast-approaching NHL season, Vesey will look to ascend the forward ranks on a Rangers team that found itself playing the role of seller at the trade deadline last season. With fewer stars clogging up the top spots, Vesey will be in the mix for a more prominent role on a comparatively younger roster.

Vesey comes from a hockey family. His father, Jim, played hockey at Merrimack College and played 15 games in the NHL with the St. Louis Blues and the Boston Bruins. Jim currently works as a scout for the Toronto Maple Leafs. Additionally, Jimmy’s younger brother, Nolan, signed with the Edmonton Oilers this summer.

Vesey’s contributions to the Harvard program cannot be overstated. His promise was evident early on: Vesey received Ivy League Rookie of the Year honors after his freshman campaign, a foreshadowing of his eventual domination of the ECAC. To cap his final two collegiate seasons, Vesey pocketed back-to-back conference Player of the Year awards.

Most notably, Vesey took home college hockey’s most prestigious accolade, the Hobey Baker Award, after foregoing the opportunity to depart the NCAA for the NHL a year before graduation. The North Reading, Mass., native was just the fourth Harvard skater to achieve such a feat.

During his four years in Cambridge, Vesey racked up 144 points (80–64—144), good for 12th in program history and tied exactly with Crimson coach Ted Donato ’91. The former Harvard standout sits fifth all-time in career goals for the school.

Vesey was selected in the third round of the 2012 NHL Entry Draft by the Nashville Predators. Ultimately, he avoided any obligations to the Nashville franchise — or to the Buffalo Sabres, who traded for his rights in the summer of 2016 — waiting to sign with a team after four full college seasons. With more leverage in negotiations as an unrestricted free agent, Vesey chose the Rangers in August after graduation.

As a member of Manhattan’s storied hockey club, Vesey has continued to perform at a high level. He was awarded the Lars-Erik Sjöberg award, which is given to the best rookie in training camp, in 2016. His other NHL feats include nabbing a hat trick on March 12 of this past season and scoring two goals in just 29 seconds in a November contest, marking the fastest two goals scored by a Ranger in over a decade.