In Penultimate Week of Football, Anything Possible 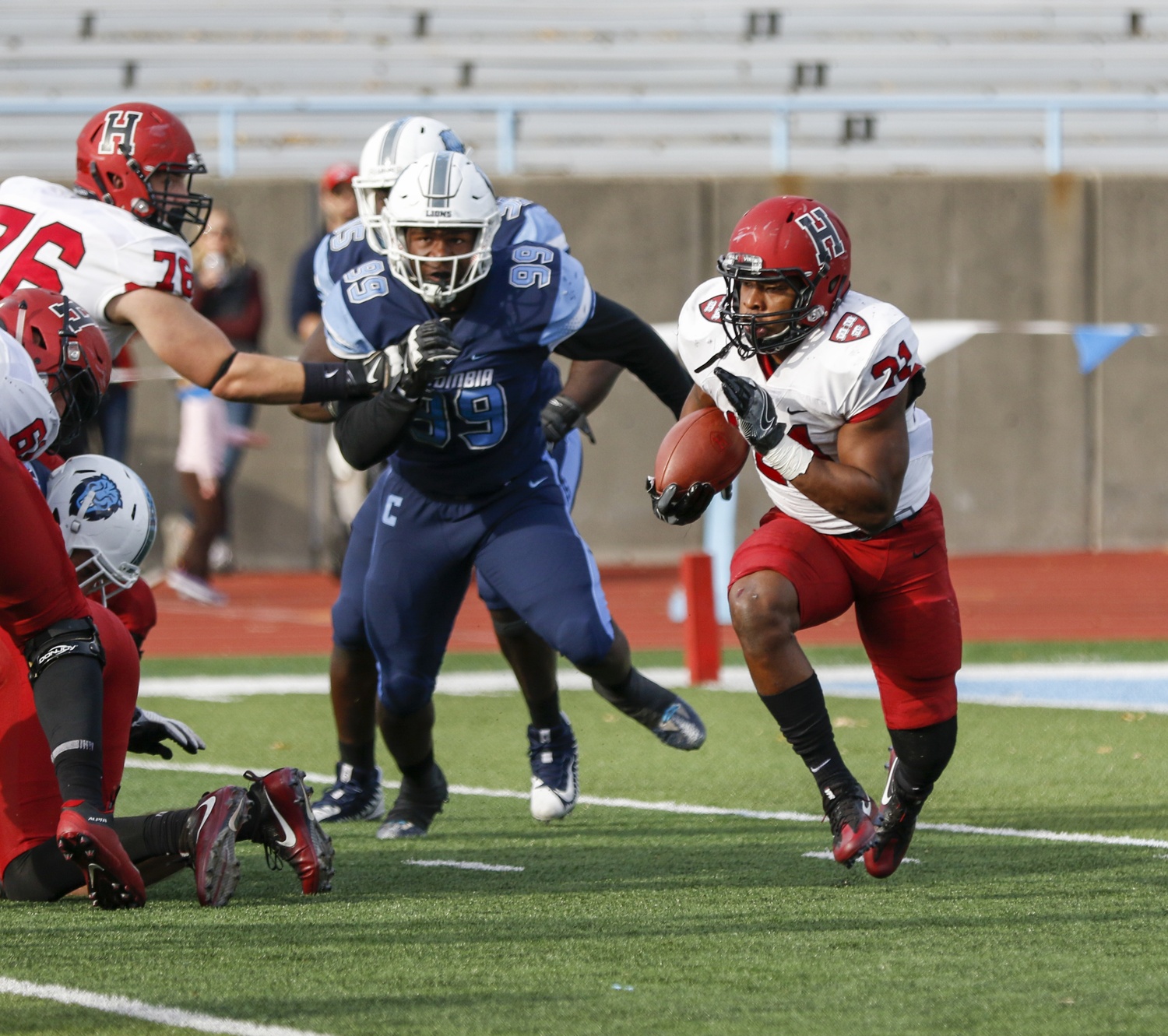 Entering the penultimate week of Ivy League football, there exists the possibility of a seven way tie for the crown. For an unfortunate Brown team, the possibility at title is sadly out of the realm of possibilities By Timothy R. O'Meara
By Jack Stockless, Crimson Staff Writer

In nine days, we will know which team—or teams—will be crowned Ivy League champions.

Much to the delight of sports writers everywhere, the possibility of a seven-team tie for first place is still in the picture. If there were ever a better storyline to root for, I am not aware of it.

Of course, this zany finish requires that one team finishes winless—in this case, Brown is that team.

However, it seems as though our neighbors to the south have different priorities these days anyway. This coming spring, the university will offer a course called “Memes and the Language of the Internet,” according to The Tab.

In that spirit, here are a few classic memes—in text format—that can be applied to the Bears’ current season:

“Live look at Brown football,” accompanied by a picture of a dumpster fire with the Brown seal photoshopped on.

“This is fine,” says a cartoon dog wearing a Bears hat sitting in the middle of a burning room.

“When someone tells you Brown has a competent football program,” overlaid on a picture of a confused-looking Nick Young.

Not really sure if those will translate in print, but oh well. Picks incoming.

Never have I been more invested in an ATI section than I am right now.

No, I am not referring to my prediction for this game. That’s pretty obvious—the Bears are being outscored by 15 points per game, so Dartmouth should walk away with this one fairly easily.

What I really want to talk about is this game’s location. As you’ll notice, this section did not begin with “Dartmouth at Brown” or “Brown at Dartmouth.” Instead, it is a neutral game being played at Fenway Park. According to Google Maps, that’s a breezy eight-minute drive from Harvard Stadium. (Or a 55-minute walk, if you are so inclined. Though I’m not sure why you would be.)

The point is Fenway is within walking distance of Harvard’s home turf, yet the Crimson is not participating in the Fenway Gridiron Series. Even a few Massachusetts high school teams get to play their Thanksgiving games at the old ballpark.

No offense to the historic Harvard Stadium, but Fenway Park (opened in 1912) is almost futuristic compared to the home of Harvard football (built in 1903). As a lifelong Sox fan, I am disheartened that I won’t have the chance to cover Harvard football on Yawkey Way, to say the least.

But there’s nothing I can do about that now, just like there is nothing the Bears will be able to do against the Big Green on Friday night. Here’s an idea for Dartmouth: for one week, change the team’s nickname to the Green Monster (I’ll collect royalties on all merchandise, of course).

According to NJ.com and documents known as the “Paradise Papers,” Princeton is one of many universities allegedly keeping money in offshore accounts to avoid paying taxes in the United States. Though it is unclear just how legal or illegal this bookkeeping arrangement is, I think it does reveal one thing: Princeton is saving up to pioneer quarterback cloning technology.

Senior Chad Kanoff is a revelation to Ivy League football, and the Tigers cannot afford to lose his production in 2018.

The Princeton signal caller zips passes through windows seemingly too small to allow a football to pass unimpeded. He is equally adept at the short screen pass and the long bomb.

If I’ve learned one thing this season, it is that Kanoff could impose his will on any opposing defense. The senior has completed 91 passes for 1142 yards over his past three games. This year, he has 22 touchdowns in the air; to put that in perspective for Harvard fans, the Crimson has 23 total.

Kanoff’s crew will not coast through this game, however. It has to contend with a Yale defensive unit that has limited opponents to just 15.3 points per game. Since Yale boasts a potent offense as well, this should be a close one. Some consolation for the Tigers if they end up losing: Kanoff 2.0 is likely on the way, so there’s always next year.

Ah, the Empire State Bowl. Historically an event for bragging rights among the two most woeful Ivies, the New York showdown will be one of the most important Ancient Eight games this season.Nothing says “The Empire State” like sunny Ithaca in November. The high on game day is projected to be a balmy 36 degrees with partly cloudy skies and a slight chance of glacial formation.

Though Ithaca’s status as a viable, habitable city continues to baffle me, I have grown fond of Cornell football over the past few weeks. As recently as last week, the Big Red occupied the top spot in the Ivy League (despite having a losing record overall, but let’s not talk about that). With Yale now leading the way at 4-1, Cornell must win its next two contests to have a shot at the league crown.

The Big Red and Columbia enter with identical 3-2 records. Barring the wild and unlikely every-team-wins-the-league result that I mentioned earlier, the loser of this game will drop its title hopes, and the winner will be in prime position to claim a share of the throne.

Ever since Cornell’s week-four win over the Crimson, I have been convinced that the Big Red is the team of destiny in the Ivy League. Here is its chance to prove just that to legions of rapt followers from Buffalo to Ronkonkoma.

Historically, Harvard has been associated with Boston’s large contingent of Puritan settlers. Generally known as a cold and serious people, the Puritans’ reputation is nothing like that of their Protestant neighbors to the southwest—for instance, the Quakers’ official name is the Religious Society of Friends. Can’t get much friendlier than that.

These two groups can trace their origins to England, which makes me wonder: Would they not prefer a proper football match to a distasteful and barbaric display of American football? I’d imagine they would, so let’s switch up the terminology here.

When the two sides meet at Harvard’s pitch on Saturday, the result surely won’t be nil-nil. Nonetheless, it may prove to be a defensive showdown.

Penn limits opponents’ rushing attacks to four yards per attempt, and the Crimson may rely heavily on its ground game moving forward, as its quarterback situation is murky. The Quakers have to contend with Harvard’s hot hand—the Crimson defense has back-to-back impressive showings against league opponents. Realistically, you might need to be Sherlock Holmes to crack this case.

Harvard and Penn each must win, and each is coming off statement wins against tough opponents. The Quakers collapsed Princeton, 38-35, and the Crimson took down Columbia, 21-14. It’s not at all elementary, my dear (Justin) Watson.

However, I know the English would favor Harvard in the upcoming game, as this week the university named Elton John the 2017 Harvard Humanitarian of the Year. At the conclusion of play on Saturday, the Crimson will be able to say, “I’m Still Standing.”