Around the Ivies: Return of the Ivies... and the Jedi 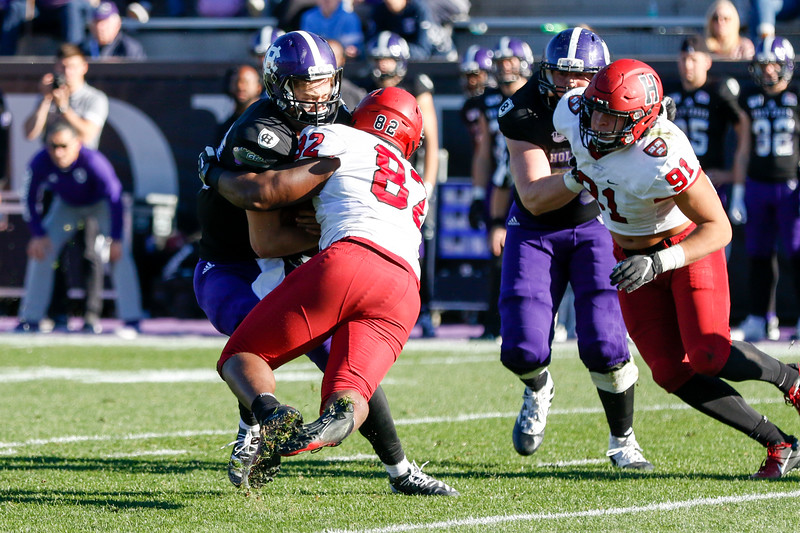 We are finally there. That familiar feeling has finally emerged from its slumber, exciting fans once again. This week marks the return of two separate yet important things that have recently been missing from my life: Emperor Palpatine to the Star Wars universe, and exclusive Ivy League conference games to college football.

I know what you’re all thinking: which one is more important? It’s tough to say. On one hand, both have already been back in theory. The Emperor made an audio appearance in previous trailers for the new Star Wars film, and Ivy League conference play has been going on for weeks. This week, however, offers two important caveats. In the cinematic world, Palpatine finally played a central role in the trailer, with the signature voice of Ian McDiarmid finally accompanied by what seemed to be the outline of his classic hooded figure. For many football fans, this commercial offered the most exciting event from this week’s abysmal Monday Night Football game. In the same vein (kind of), Ancient Eight football is finally completely central as well; no Ivy League team will play anymore non-conference games for the rest of the season. From this point forward, all of the games count for the conference standings and the race for the title.

Since we only saw an outline of a hood, I have no choice but to focus this article on football instead of a galaxy far, far away. I now only have four games to break down, so I’ll need to be accurate to keep my clearly impressive 22-4 record on weekly picks ahead of the curve.

This past weekend, Columbia’s president allowed the band to return to action, but only from the stands. Snubbed at the last second, the band was told that they were not allowed to do their field performance at the half and must remain in the stands at all times. While the band was annoyed, maybe this wasn’t the worst idea in the world after all. The Lions slapped Penn around the field for a 44-6 beatdown at home this weekend, tallying their highest offensive and lowest defensive point totals on the season for their first league win.

While I admire the bravery of Columbia’s administration, it’s doubtful that any actions relating to the band will change the outcome of this game. Dartmouth has scored over 42 points in back-to-back weeks with dominating offensive performances, and the Big Green Defensive MachineTM has not given up more than 15 points this season, averaging a miniscule 8 points allowed per game at the halfway mark. The Lions can move their band into the stands, in the press box, even on the moon, and it likely would not be enough this week.

Pennsylvania is the only team to score more than 10 points on the previously described Big Green Defensive MachineTM, however, the Quakers’ poor performance against Columbia somehow saved the Eagles from having the worst weekend effort from a football team based in Philly. I would feel bad picking on the Eagles week after week, but I just can’t help myself. I’m sorry, but the Eagles just can’t stop doing totally Eagles things in the most Eagles ways possible. Right now, it seems the bug is being passed around the city. While Yale has emulated the Eagles’ model in its underwhelming first half after being tabbed league favorites, the Bulldogs are lucky to be far away from the City of Brotherly Love at the moment.

I caught a lot of flack last week for picking Princeton over Brown by 63 points. Firstly, the rough draft of my column originally had the Tigers by 100 points. Secondly, I wasn’t that far off, Princeton just stopped playing defense once the game was won. Through two games, Brown’s average Ancient Eight game score is 54-18.

Last time around, my only missed pick that denied me the elusive undefeated week came by picking Cornell, who fell to the previously winless Colgate. I seemed so sure that a team with no wins could not possibly prevail. As these two squads battle it out in what I can only assume is the deep snow in Ithaca this weekend, one of them will leave the field with its first Ivy League win, while the other will leave with hypothermia. You can never be sure of anything in football, but you can be pretty sure that it will not be Brown.

Yes, I originally picked Princeton by 100 last week partially because Brown’s team is a whole different type of historic awful, but I also added to the spread because the Tigers have a pretty good football team. Princeton is now ranked 13 in the country, but the juggernaut has shown weaknesses. Any defense that allows 22 points to Brown clearly has some sort of deficiency, and the high-powered offense, while still first in the Ivy League, has not been perfect, being held to 21 points against an inconsistent Columbia team.

While Dartmouth has clearly excelled, Harvard has also put together an impressive mid-season resume on paper. The Crimson offense trails only Princeton in points scored per game, and the defense has a penchant for rushing the passer and causing turnovers, keys to slowing down the Tigers’ vicious offensive attack.

Am I nitpicking? A little. But there’s definitely a strong chance this year that Princeton’s winning streak dating back to 2017 will not survive to the 2020 season. The upset could happen any week, now that the Tigers have already played Brown. But this is still a real good football team.