How May I Assist You?

Ever since high school, junior point guard Brandyn Curry has been setting his teammates up for success 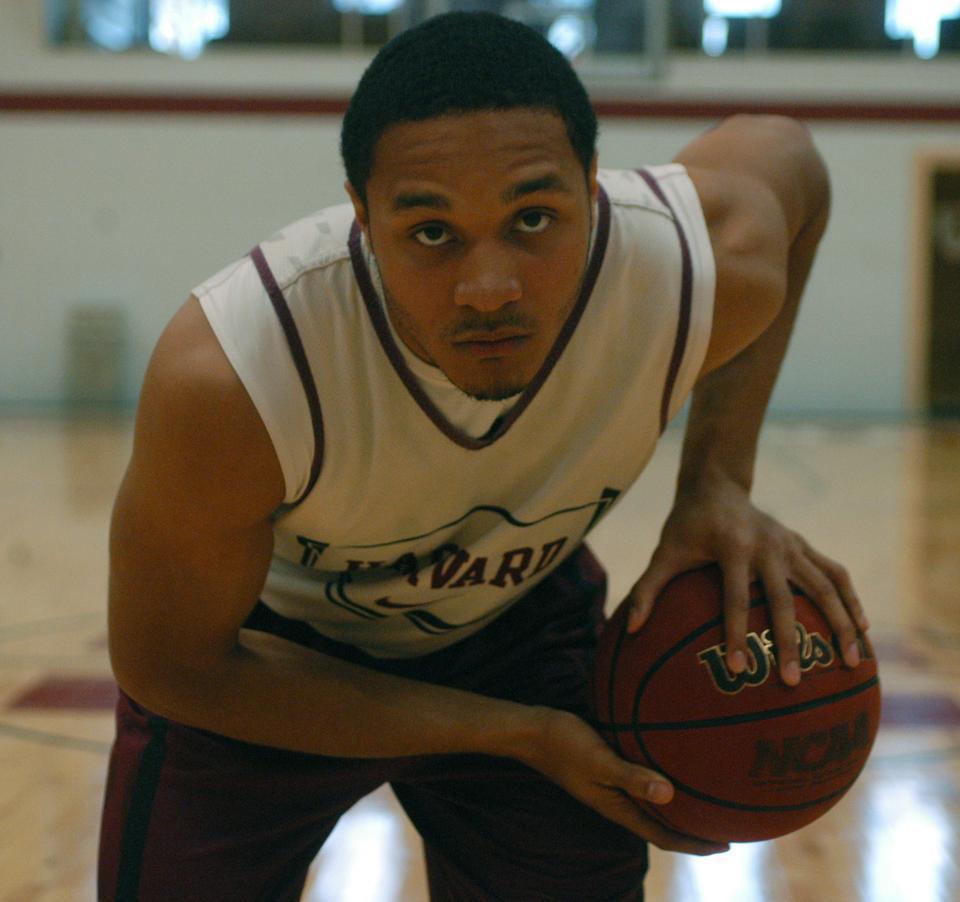 It was the first day of basketball tryouts at North Carolina’s Hopewell High School. Head coach Eric Davis was observing the varsity tryout in the school’s main gym when one of his assistants interrupted him.

“My assistant coach said, ‘Coach, you need to get back in the back gym. There’s a short little chubby left-handed kid that can really play. You need to come take a look at him,’” Davis recalls.

Davis walked to the back gym to take a look. He had never laid eyes on the boy before, but he liked what he saw.

Brandyn Curry wasn’t happy to be in the back gym of some North Carolina high school on that day in 2005.

Just a few months prior, Curry thought he had it all made. He was living with his family in Matawan, N.J., and was known throughout his hometown as the local star. He was a standout in football, basketball, and baseball, and was expected to start at both quarterback and point guard at his local high school as a freshman

But things changed quickly. Curry’s parents divorced, and just weeks before the start of his freshman year, he and his siblings moved with their mother down south to Huntersville, N.C.

“I’m this chubby dude who nobody knows—quiet, had no friends,” Curry remembers of his first weeks at Hopewell High. “I was miserable and wanted to go home.”

While Davis was impressed with the new kid’s play on the first day of tryouts, Curry still needed to prove he belonged in the new environment. So when the season tipped off, Curry found himself in an unfamiliar position: riding the bench on the junior varsity (JV) squad.

But it didn’t take long for Curry to convince the varsity coach that he belonged in the main gym. After paying his dues as a freshman, Curry made the varsity team the following year and kicked off his sophomore campaign with a bang, leading Hopewell in scoring through four games.

“It really motivated him that he wasn’t getting to play as a freshman,” Davis says. “He came back a totally different player. He grew probably three to four inches. He turned into a young man as a sophomore.”

But just when Curry was starting to come into his own, the guard suffered a pulled hamstring that hampered him for the rest of the season.

One year later, Curry blew up. The guard averaged 17 points and four assists per game, and college scouts noticed. By the end of his junior summer, Curry had received 25 to 30 Division I scholarship offers, and—to the chagrin of his mother—was so busy talking to coaches that he racked up a $300 phone bill.

“My mom had to tell all [the coaches], ‘Do not call Brandyn before seven [when minutes aren’t free],” he recalls. “It was crazy.”

Four years later, Curry is hoping he can have another transformative junior season. Fully healthy for the first time since he arrived at Harvard back in 2009, the point guard has lofty goals for the coming season.

“I just want to be one of the best point guards in the nation—point blank.” Curry says. “I want to lead the nation in assists.”

Curry’s first two seasons with the Crimson were far from disappointments. As a rookie, he averaged 7.3 points and 3.2 dimes per game, and then followed that up as a sophomore by leading the Ivy League in assists.

But Curry was limited by a torn patellar tendon in his left knee as a freshman and by tendonitis in his right knee as a sophomore.

According to Curry, both injuries are finally behind him.

“Physically, I feel better than I ever have,” he says.

Thus far in practice, Curry’s teammates have noticed the difference.

And with Harvard returning one of the most potent offenses in Crimson history, Curry is being burdened with the task of making sure everything runs smoothly.

“Brandyn may be—maybe not our most valuable player in terms of numbers and those things—but he may be our most important,” Harvard coach Tommy Amaker says.

With Curry’s teammates now relying on him to deliver the Crimson’s first NCAA tournament berth since 1946, the point guard’s days as an unknown freshman playing in the back gym seem like a long time ago.

“I’ve come a long way from being that kid who got no playing time on the JV to where I am today,” Curry says. “[Back then] I definitely didn’t see basketball in my future—I thought maybe I made a mistake in choosing it. So now for me to be here is crazy to think about.”