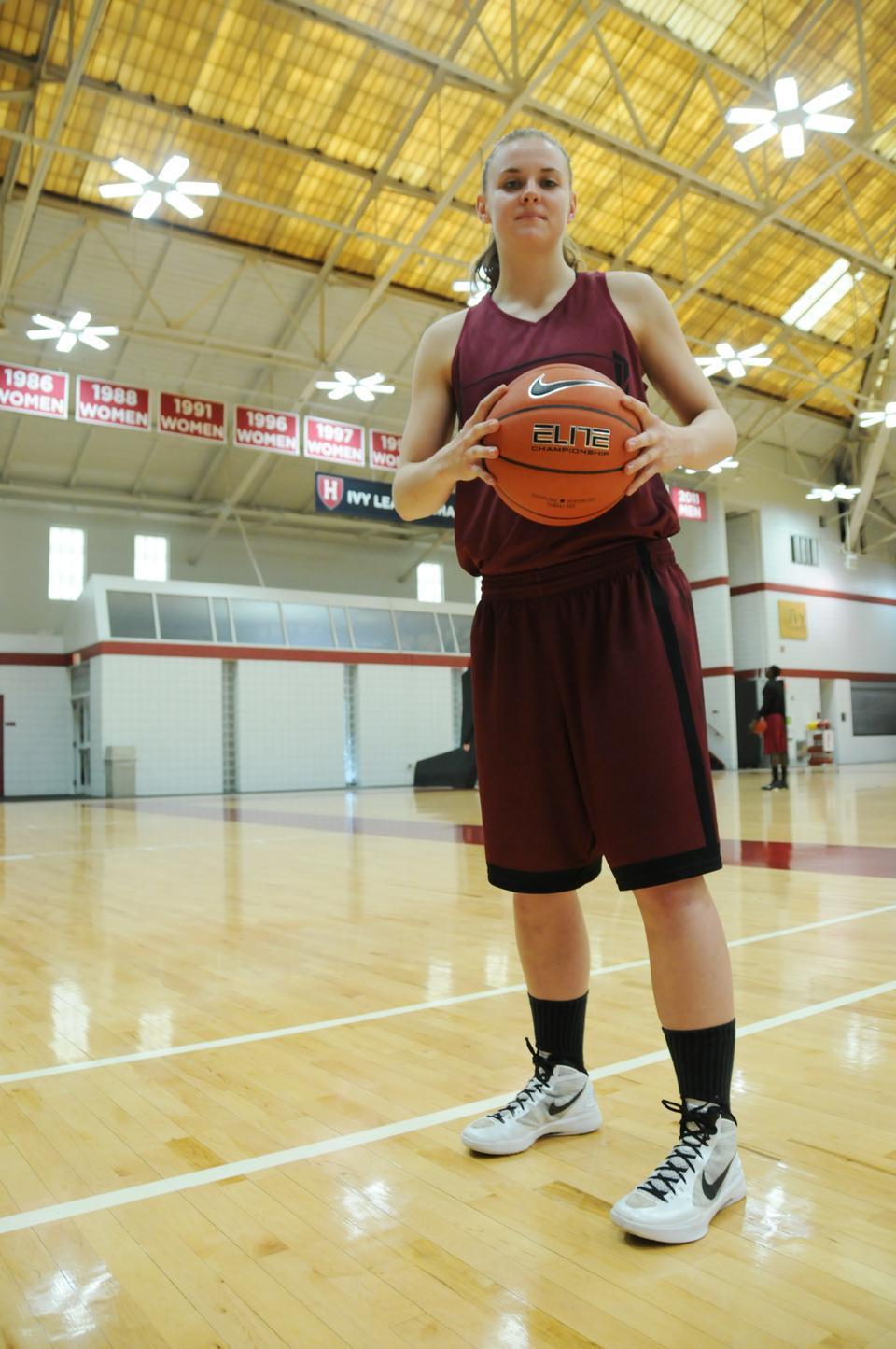 Christine Clark, entering her second year on the team, will be a forced to be reckoned with in the Ivy League
By Kenny A. Lee, Contributing Writer

It’s not often that a freshman can walk onto the college basketball scene and make a splash, but sophomore guard Christine Clark did just that last year as a rookie on the Harvard women’s basketball team. Playing in all of the Crimson’s games last season, she contributed greatly in both scoring and on the boards.

“Last season, coming in as a freshman, I was fortunate enough to start,” Clark says. “Throughout the season, I was just learning about college basketball, the level of play, and the different things you have to focus on. During the season, it was just a big learning experience for me.”

Averaging 12.1 points and 4.7 rebounds per game, the freshman ranked fourth and second, respectively, in those categories for Harvard. She even had the distinction of sinking a game-winning shot against Columbia in the squad’s second Ivy League game of the season.

With the start of the new season, Clark will take on a larger role and attempt to lead the team to an elusive Ivy League title.

“I think she’s showing signs of leadership on the court,” Crimson coach Kathy Delaney-Smith says of Clark’s recent play. “When she’s in the point guard spot, she’s got a better feeling for the system and leading as a point guard, whereas last year, that was very difficult for her.”

Freshmen have a lot to learn about academics and collegiate sports. Clark has been there to help them adjust.

“This year, I think I definitely stepped more into a leadership role,” Clark acknowledges. “Just in general, being a better teammate and helping the freshmen with classes and things outside the basketball realm.”

By taking a more proactive role in helping her younger teammates, Clark is following in the footsteps of previous upperclassmen who helped welcome her onto the team last year.

“I thought that the team that I came into was very supportive,” Clark notes. “The whole team atmosphere was very helpful in helping freshmen adjust to the program.”

During the offseason, Clark put in many hours to improve her game with the hope of leading the Crimson to an Ivy League title. At home, her stepfather is a high school basketball coach, so she had a chance to practice with the girls from her hometown every day while mentoring high school players.

“I think that my shooting has really improved as far as quickness of the shot, form in general, and consistency in making the shot,” Clark says. “And, my overall mental side of the game [has improved] as far as understanding different setups and paces of the game from the point guard position.”

Delaney-Smith has noted the positive changes in Clark’s game and believes that she has the potential to have an even larger impact on the team this year.

“She’s stronger; she’s more fit,” Delaney-Smith remarks. “She’s added control, a pull-up jumper, and she’s more accurate as a three-point shooter. So, I think her whole game has improved, to be honest.”

Delaney-Smith believes that Clark is actually one of the top five players in the Ivy League. In fact, the coach feels that Clark has real star potential.

“The intensity and work ethic with which she plays the game is never wavering,” Delaney-Smith says. “When you play with a player like that, it’s really inspirational.”

The biggest challenge for Harvard this year will be maintaining focus through the grind of the season. So far, the team has really emphasized defense and rebounding as potential areas of improvement.

“I think we’re a great offensive team and that we have a lot of skill in that regard,” Clark says. “I think we can be a great defensive and rebounding team, and that’s what we’ve been working on in practice.”

This weekend’s Hawkeye Challenge will test the Crimson as it faces off against non-league opponents. Other than winning the overall tournament, Clark says that two main goals will be to out-rebound every team and maintain a strong defensive presence throughout each game.

With Clark as one of its leaders, the Harvard women’s basketball team will look to bring home an Ivy League title.

“Every year, the biggest goal is to win the Ivies,” Clark states. “That’s what we are expected to do. Now, I just hope to take all the things that I learned last year as a freshman and now apply them to this year.”