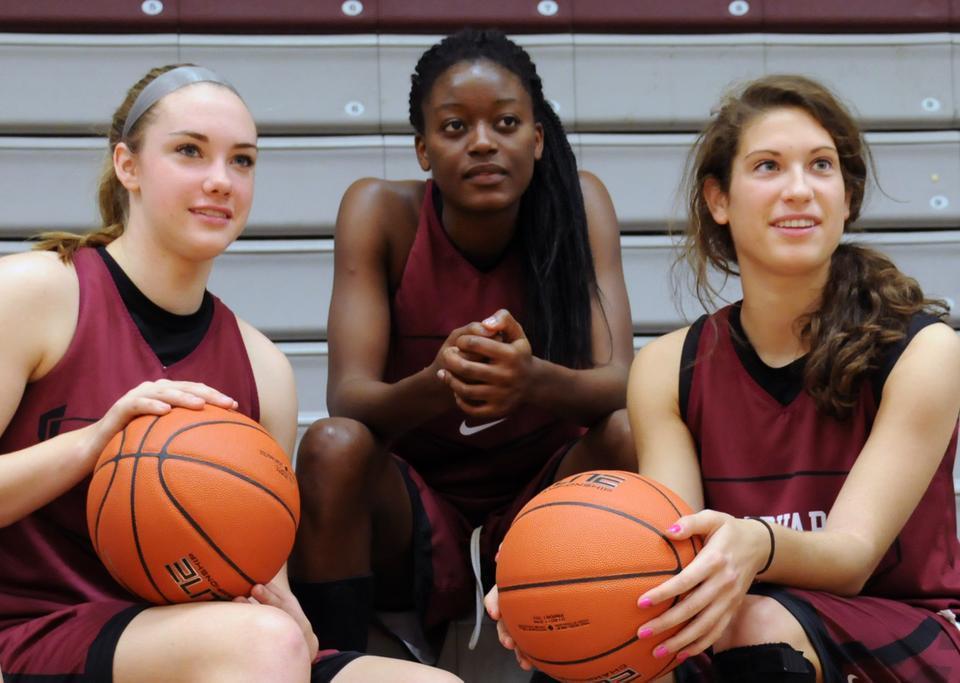 Recent Harvard commit Shilpa Tummala, a 5’11 guard from St. Mary’s High School in Phoenix, Ariz., is listed by ESPN as the 68th-best overall player and the 28th-best guard in the nation.

Next year, Tummala will join highly-touted freshman forward Temi Fagbenle, who stood at the 13th spot in ESPN’s top-100 listing for the class of 2015.

Fagbenle, originally from London, played at Blair Academy in New Jersey and earned state player of the year honors while also leading her England team to a win in the U18 European women’s basketball championship in 2010.

Tummala led her high school team to a state championship in 2011 and made the all-state team as a junior. Her other suitors included perennial NCAA tournament contenders Cal, Georgetown, and USC.

In the end, the high-profile Arizonan chose Harvard because of strong relationships she built with the coaches and her faith in the program.

“I truly believe in the system that the coach has [in place at Harvard], and I think that we can go to the NCAA Tournament all four years that I’m there,” Tummala says.

“She knows everybody,” Delaney-Smith says of Finley. “Kelly has a wide national network that has helped her immensely.”

Finley’s job is a challenging one—to identify basketball prospects that also have the academic caliber to gain admission to Harvard.

“Recruiting at the top echelon is really difficult for this school,” Delaney-Smith remarks.

Other universities have begun to host talented athletes on campus as early as their sophomore year of high school.

“That’s almost a big waste of time for us because we don’t have academic information on these kids yet,” Delaney-Smith says.

Delaney-Smith says that all pieces of the admissions puzzle have worked out for these recent recruits. The Arizona native Tummala is the top student in her high school class, and the rookie Fagbenle boasted a 3.4 GPA in high school.

Tummala brings academic ambition, hoping to follow in her parents’ footsteps—both are doctors—and study biomedical engineering while at Harvard before continuing her education in medical school.

For Tummala, basketball runs in the family. Her brother Sai is a freshman forward on the University of Michigan basketball team—former home of Harvard men’s coach Tommy Amaker.

Tummala is well-suited to succeed at Harvard, but the Arizona standout still needs to change one thing before she arrives in Cambridge.

“For the winter?” she says, laughing. “I think I’m going to need a new wardrobe completely.”

While Delaney-Smith is thrilled to have much-hyped recruits like Fagbenle and Tummala donning Crimson jerseys, she knows that she must continue to strengthen the program.

“You have to keep getting them,” says Delaney-Smith of the top recruits. “Otherwise, you’re a flash in the pan.”