By Christian B. Flow and Joshua J. Kearney • 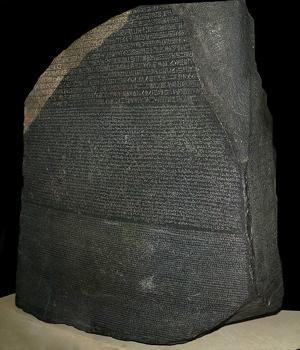 It's September, and the campus is crawling with recruiters looking to lock down the next generation of financial movers and shakers. In the spirit of the season, FlyBy deployed a couple of the humanities concentrators that populate its ranks to give an outsider's introduction to what these recruiting events are all about. This series contains our observations of the world of fast money, fine suits, and finger foods otherwise known as financial recruiting.

They say there are parts of the country where people have never heard of financial sector recruiting. Cambridge isn't one of those places: or at least, not the stretch of brick sidewalk between FlyBy's lair on Plympton Street and the stately Sheraton Commander, where we were due to have our first date with the nation's economic destinymakers. Wearing shirts and ties and walking along Garden Street beside a be-suited Industry Expert, retained specially by FlyBy for the event, our blogging correspondents found themselves subject to the once-over of a slick-looking Asian man wearing a shoulder bag, who raised his eyebrows in knowing recognition.

Oh. Yeah. Blackstone, indeed. The Blackstone Group, even, for those in the know. The kingpin of private equity. FlyBy's correspondents, both Classics concentrators, had little if any idea what private equity was, or what this sable stone was meant to connote. But that was what the Industry Expert was for. With hundreds of hours of summer investment banking experience in his back pocket, the Expert was solicited to give the necessary background briefing, advise on wardrobe and generally translate the bramble of acronyms—BAAM, 3(a)9, EBITDA—that infest recruiters' slideshows. It was the Expert who counseled against wearing mesh shorts to the Sheraton. It was the Expert who was expected to know who Blackstone was, and how to deal with Mr. Shoulder Bag's query.

The Expert was not impressed by his role. "The more I think about it, the more I'm sort of worried about anyone writing this," he reminded FlyBy's correspondents in an e-mail the day before the big Blackstone kickoff. "If we tool on these firms, the writer of them could potentially be blacklisted... in case they ever want to go work there."

But braced by a promise of anonymity and by an immutable love for the financial services industry, the Expert was retained, and did deliver the skinny on Blackstone during the brisk walk along Garden Street. Private equity, buying up huge amounts of debt, emerging out of the debt bubble, etc., etc. We can't claim to have understood the whole thing. But the bottom line? "Blackstone sort of represents the thing that caused the financial crisis," the Expert told us.

Concerned for his health, a FlyBy correspondent noted that somebody had reportedly fainted at a Bain information session the previous week. The Expert wrote it off to the standing-room only situation facing the crowds. "People actually wanted to work for Bain," he said jadedly. "People wanted to work for Blackstone like two years ago."  Word on the presentation after the jump.

By that point we were closing in on the Sheraton Commander, where the attendant behind the counter took in our attire and waved us to the left without asking why we were there. We entered a stately reception area—serviced by five chandeliers; framed cushions along the walls. Inside, the 90 chairs arrayed in front of the projector were filled. Thirty or so more stood along the wall. Roughly three-quarters of those in attendance were men. Blackstone was looking to hire 40 new analysts, Senior Managing Director John Studzinski told the crowd.

"Harvard and Wharton are the two major programs of schools that fill our analyst program," Studzinski said. "One person this past year sneaked in from Yale, and we're monitoring him very carefully." He then informed the audience that "some schools produce people that are more quantitatively apt than others," before deciding to rein himself in a little, remarking that he had "no desire to see [his remarks on Yale] in tomorrow's press" and that he hoped nobody had any YouTube devices.

FlyBy's correspondents reached for their notebooks.

More fun and games when a presenter on Private Equity, following Studzinski, shared with us that "When I started in this business 16, 17 years ago, the first time I got to wire $500 million I found that quite exciting." We understood the sentiment: sometimes our moms wire us $200 for books at the beginnings of terms. That's always a heady day.

By this time we had been in the room for over a half hour, leaning against the wall. The powerpoint, while detailed, was nearly incomprehensible, and things were showng no signs of speeding up. Even our Expert was having trouble staying focused."Nobody ever does presentations like this," he told us, looking at the mass of text on the projector screen. "It's because they actually do stuff, but good God this is horrible."

Next up was the stern managing director of the real estate division, who explained that Blackstone was primarily invested in hotels and office properties. Furnishing a prominent example of a hotel conversion gone very right (read: very profitably), this somewhat bored director set forth what would be the take home message of the entire presentation before returning to checking his BlackBerry against the wall: "There's nowhere to hide in our group. You're thrown into the deep end from day one, and it's expected that you'll enjoy that type of environment." That's one way to emphasize the small size and close working environment of your staff, we suppose.

The only respite from the industrial argot and ominous exhortations came in the form of John Studzinski, who took to the fore again apparently to lighten the mood and explain his particular realm of expertise: acquisitions and mergers. In explaining the key to success within Blackstone, Studzinski cited "the three D's: data, details, and deadlines." To clarify exactly what this meant in terms his audience might appreciate, Studzinski stated that the analyst's job entailed "a lot of boring shit work."

Almost an hour deep, a powerful indictment from the Expert: "This is a Death March. This is horrible."

With students trickling out, apparently feeling the effects of the death march, the final presenters took the podium. One Flip Huffard, a Captain America-looking type, exuberantly professed that the economic downturn put his division, Restructuring and Reorganization, squarely in the limelight. "We live for these days," he declared before essentially rehashing the presentation of Studzinski, whose division does approximately the same thing, only on an international level.

Finally, the presentation drew to a close, and the slumped over masses, exhausted by the lengthy presentation, seemed to rejuvenate with the imminent prospect of getting to schmooze with these elites of industry. People milled about shaking hands, exchanging business cards, and generally asking inane questions in the hope that something they said might be remembered. FlyBy wanted to know what these people were really in the business for, so we hung around a bit to hear what was being discussed.

The answer came in a capitulation from Studzinski, who explained to a Chinese student overzealously prodding him as to how she could become a partner in his company: "People are very interested in making money; in that respect, it's very Chinese." We probably could have figured the first part, but who would have thought to make such an apt comparison?

To our great dismay, no food was served prior to, during, or after the presentation. Maybe at our next meeting.