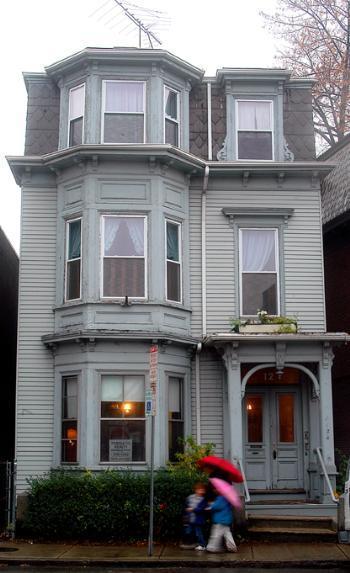 As The Crimson reported two weeks ago, a Sigma Chi party, which was billed as “Conquistabros and Navajos” received some criticism from some students on campus. Students were encouraged to dress up “as anything related to exploration in America, e.g. Columbus, pilgrims, conquistadors, Native Americans and cowboys/girls” for the party which took place over the Columbus Day weekend.

While initial negative reactions to the festivities were at first limited to students on campus, it has now sparked some outrage outside of the Harvard community.

Adrienne K., a Cherokee graduate student in the Boston area, posted an e-mail signed “The Members of Sigma Chi” on her blog Native Appropriations.

“The brothers of Sigma Chi invite you to our Columbus Day party this Friday: Conquistabros and Navajos. Start off the long weekend right with one of our best parties of the year. The theme is lighthearted and flexible,” the e-mail reads in part.

The claim that “the theme is lighthearted” seems to have struck a nerve with Adrienne K. “First of all, lighthearted?! You're calling the genocide of millions of Native peoples lighthearted? What if we re-wrote their invitation...to a new party called ‘Jew-bros and Nazi-hos’?” she wrote.

“All in all, it seems like a stupid idea, even if we don't know the details. If we did know the details, I'm sure it would seem much worse,” commented Newspaper Rock, a blog “where Native America meets pop culture.”

Sigma Chi has issued a formal apology, calling the theme “insensitive” and an “error of judgment.” The fraternity has pledged to donate the proceeds from their annual food drive to the Native American Heritage Association “to help rectify, in a small way, the ongoing pervasive deprivation and hunger on our nation's reservations.”

“We would like to apologize for the theme of the party that we recently held. It was insensitive and hurtful, especially for the Native American members of our community. We are deeply sorry for the offense our actions have caused.

As a group that strives to be inclusive, and embraces members of numerous ethnic backgrounds and nationalities, including Native Americans, we recognize that this was a serious error of judgment on our part, and we expect better of ourselves. We have taken steps to increase oversight over future chapter activities to prevent offensive mistakes like this one. You have our promise that we will not allow it to happen again.

The chapter has decided to donate the proceeds from our annual food drive to the Native American Heritage Association to help rectify, in a small way, the ongoing pervasive deprivation and hunger on our nation's reservations.  Again, we are deeply sorry for the lack of judgment.

The Members of Sigma Chi at Harvard”