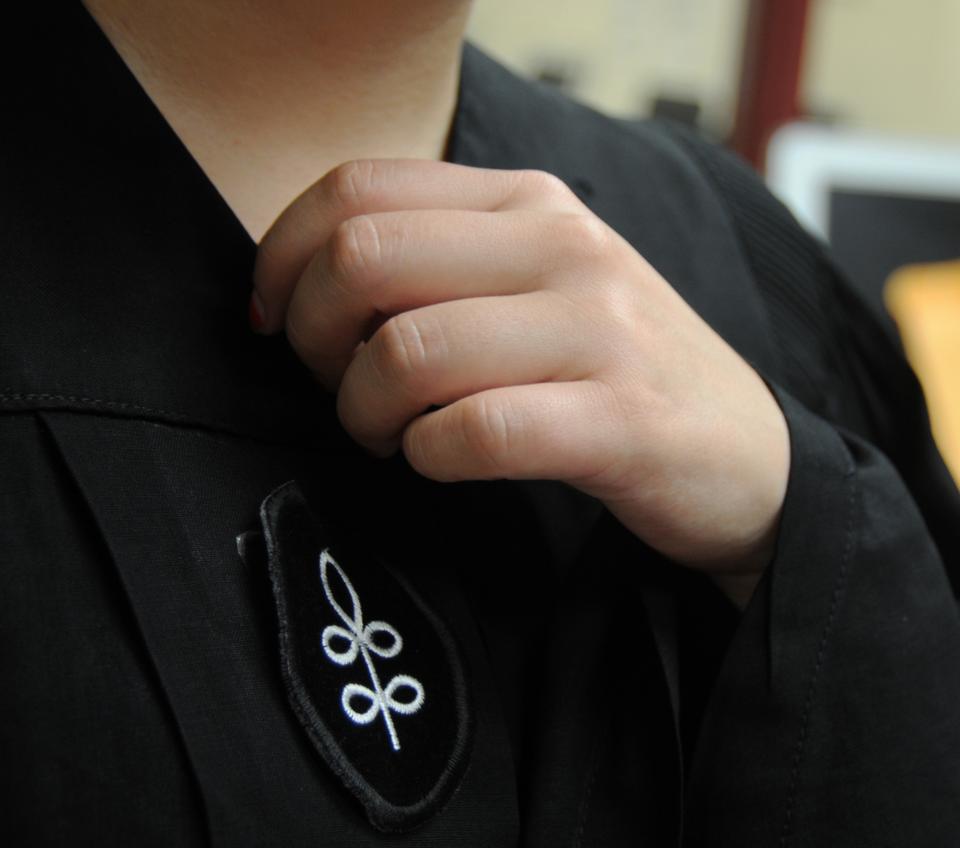 This Thursday, faculty and graduates will don colorful academic regalia for Commencement morning exercises. The profusion of colors, hoods, and hats may leave you wondering if there's some method to this madness. We present a guide to the history of the Commencement dress code with instructions on interpreting all the colors and adornments.

The dress for faculty and graduate students can be complex. Their robes include a black hood lined on the inside with the colors of the institution from which they graduated. Their hood signifies their previous degrees, with the longest, four-foot hoods denoting holders of doctorate degrees. Harvard’s color is crimson, while Yale’s is blue and Princeton’s is orange with a black chevron.

For faculty members with a Ph.D. from other universities, their hood may also have a trimming color denoting the area in which they received their previous degree: arts, letters, humanities have white trimmings, law has purple trimmings, and medicine has green trimmings. This trimming is not found on Harvard graduates' robes, however.

Since undergraduates don't have a degree yet, they don't have crimson-lined hoods attached to their robes.

The Academic Costume Code, which lays out these rules, also dictates that hats may have tassels, which may be draped either left or right regardless of whether the degree has been conferred on not yet during the ceremony.

Doctorate holders have added privileges. They can tie gold tassels to their hats and drape robes colored based on their institution of graduation. Harvard’s doctorate robes are crimson with black stripes on the arms. Further, faculty members who graduated from foreign universities are permitted to wear their often more extravagant—even fur-layered—regalia and hats from their previous institutions.

In addition to these standards, all robes of Harvard degree recipients include one unique feature included to make our gowns especially distinct: the crow’s-feet emblems sewn onto the lapels. The insignia are colored based on the Harvard faculty from which the student graduates and follow the same colors used for hood trimmings at other universities.

Academic dress found at the commencement ceremonies for universities in the United States is really old school—that is, it originated from the medieval dress of scholars at universities such as Oxford and Cambridge. Academic regalia at Harvard have followed a long history and now largely conform to the Academic Costume Code. But Harvard has its own history on academic dress and continues to retain key elements that differentiate it from the widely-accepted code.

An earlier version of the May 25 FlyBy post "Graduation Robes, Explained" incorrectly stated that Harvard hoods include the trimmings based on field-of-study. According to Tara Benedict, an executive assistant in the Harvard Marshall's Office, "[Harvard's] hoods are not marked for any specific field of study.” However, for faculty graduating from other universities, the hood corresponds with the school from which they received their highest degree.