Famous People and Their Theses 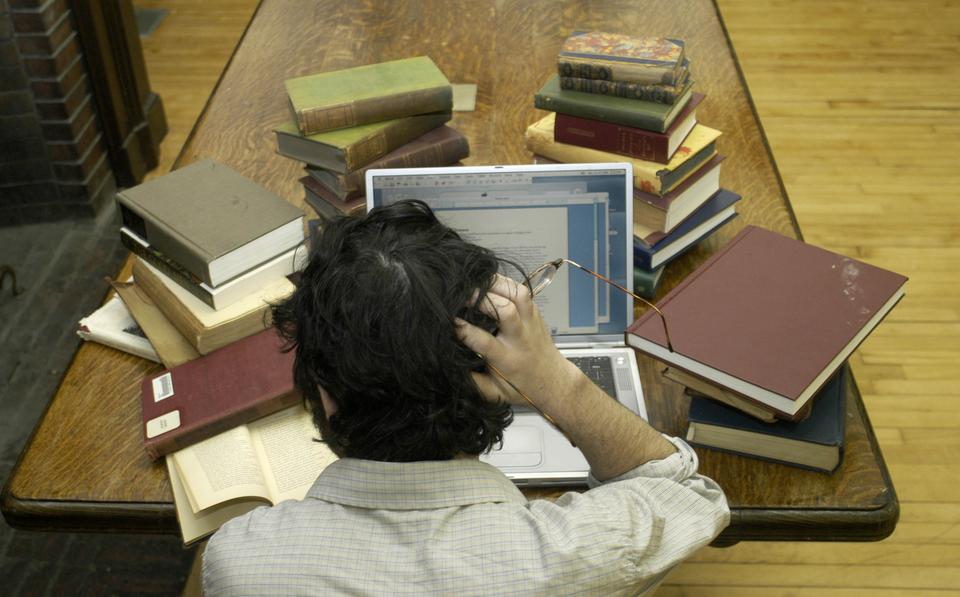 Not every senior thesis gets accepted to the Festival de Cannes or praised by Michael Lewis and The Wall Street Journal, but that's not necessarily a reflection on the thesis writer. In fact, many of the College's most successful alumni didn't even write a thesis. And many of those who did might agree with Conan C. O'Brien '85: "A lot of hard work [goes] into [a] thesis. And no one is ever going to care."

During last week's Commencement, we decided to check out the Harvard University Archives to unearth a few theses (alas, we couldn't get a hold of any Radcliffe ones there) written by future movers and shakers while they were just lowly undergraduates.

Current claim to fame: Actor who plays Ryan on "The Office." Also a writer and co-executive producer for the show.

Title: “To Be or Not to Be”: Hollywood’s Answers to Hamlet’s Question

Excerpt: “And of course, in the case of this soliloquy, the forces of text and culture are deeply intertwined: the cultural significances of 'To be or not to be' are necessarily born of its appearance in the play’s text; and of the vast range of possible textual meanings of the soliloquy, the set chosen to be highlighted in an individual production is inevitably based, to some substantial degree, on how it reflects cultural conceptions of the speech.”

Title: “The ‘Old Child’ in Faulkner and O’Connor”

Excerpt: “By establishing a close correlation between such disparate Southern Renaissance writers as Faulkner and O’Connor we can begin to appreciate the power of the ‘old child’s’ significance. This [...] motif merits our closer examination—first because it is a figure which recurs throughout the literature of this period and second, because the ‘old child’ represents these Southern Renaissance writers need to dramatize the bitter argument that rages within them."

Title: “Freedom of the Press in High School Newspapers”

Excerpt: “There is no agreement that students, soldiers or prisoners should be granted even the most basic rights of free press of free speech. Of these groups that society excludes from the blanket of free expression, the largest and most important is students [...] [who are] frequently are forbidden to voice even mild criticism of school officials or policies. In civics classes they learn of America’s heritage of freedom of expression, but in journalism classes they discover that this freedom rings hollow in the schools."

Title: “Interest Groups Have Taken Laws Passed To Protect the Environment and Used Them to Stop Projects That May Be Beneficial to Society”

Excerpt: “Congress did not intend for small community groups to use the environmental review process to avoid compromising with the majority to block a project. Nor were environmental laws passed so that a rival corporation and a hastily-formed community group could attempt to stop some non-profit hospitals from creating their own clean, cheap power. But because of the changes in the review process the intent of these laws has been perverted. They can now be used not only to stop environmentally damaging projects but to halt or at least delay any project, no matter how beneficial that project may be.”

Title: “The Impact of Television on the Conduct of the Presidency”

Excerpt: “Finally, it has been demonstrated that the change to television has had profound and lasting effects on the nature of Presidential leadership [...] and that the inherent bias of the new medium toward the President has caused a change in the public perception of the national government system, and that given time the change in perception could possibly work towards a change in the reality. A key factor in this trend is the increasing importance of the President’s personality. Because of this, it is possible to speculate that a ‘role requirement’ of the President in the future might become ‘visual communication.’”

Title: “Holmes’ Legal Positivism and the Criticism from a Current Position of Natural Law”

Excerpt: “The controversy about separation of is and ought in law involves a different sense of ‘morals, ‘one which we have in mind when we say that a certain act is good or bad in a certain set of circumstances, a sense in which it is proper to ascribe goodness and badness to human deeds and devices regardless of the intentions of the agents. For while law cannot deal with internal states of mind, there is this sense in which moral judgments deal with the external."

Title: The Meaning of History (Reflections on Spengler, Toynbee and Kant)

Excerpt(s): "History, according to Popper, has no meaning. It is the chronicle of international crime and mass murder and takes no account of the tears and suffering of mankind. [...] There can not consequently exist one universally valid philosophy of history."

Current claim to fame: Former President of the United States.

Title: Appeasement at Munich (The Inevitable Result of the Slowness of Conversion of the British Democracy from a Disarmament to a Rearmament Policy.)

Excerpt(s): "Democracy['s] [...] reprentativies [sic] cannot run contrary to the basic wishes of the people in any game of bluff. [...] [I]n a dictatorship the people, even if they wished, are often powerless to impress their wishes on the dictator until it is too late. This advantage is conceded to the dictator but is felt that in the long run under a democratic system, the united support of the people once the war is decided on, will prove to be a balancing factor. It is true that in the meantime democracy will suffer strategic defeats that may jeopardize their ultimate hope of victory - but that is the penalty the must be paid. In the end it is felt the democratic way is the best way."

For more on undergraduate theses written by prominent College alumni, check out this 1987 Crimson article, "Theses of the Rich and the Famous."