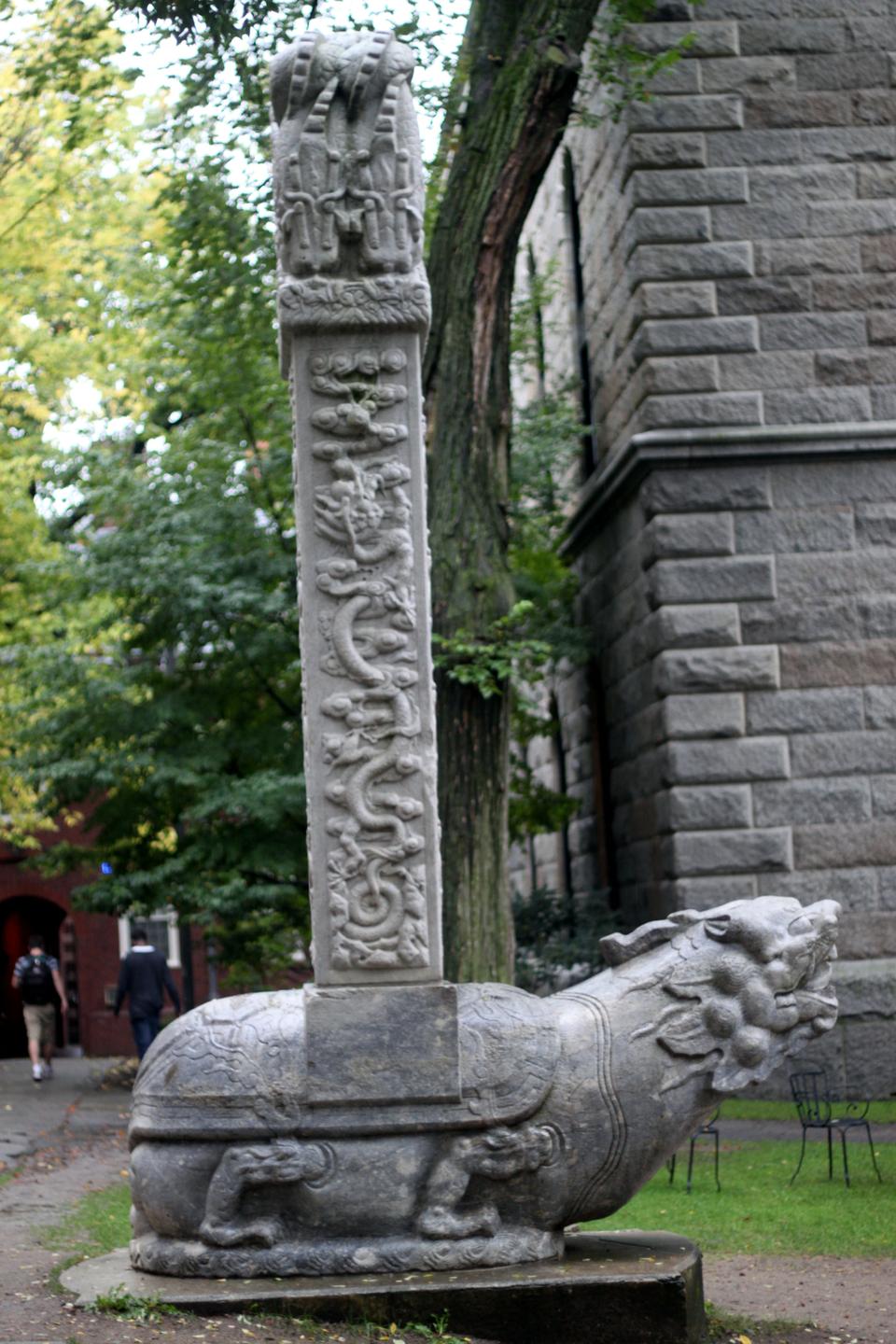 Sculptures resembling uncommon or everyday objects sprinkle the campus' exterior landscaping, adding at least a little randomness if not subliminal messaging to the University.

What the student body lacks in sexual activity, it compensates for with phallic statues. Just to reinforce what freshmen gave up by committing to Harvard, the tall statue in between Widener and Boylston serves as a constant, not-so-subliminal reminder of what will not be happening over the weekend.

"What do I think of it? The statue kind of speaks for itself, doesn't it?" Madelaine D. Boyd '12 said.

Naturally, the administration encourages safe sex, and demonstrates this during the winter by wrapping this long, stiff statue in a tarp, to protect it from the effects of the cold.

But Harvard is not all about sex and condoms. What better way to express this than through a fun-loving, jack-o'-lantern-like sculpture that sits in the McKinlock Courtyard of Leverett?

Of course, we cannot forget the sculpture outside of Lamont that resembles, at first glance, pieces of gum stuck to the desks of your favorite library. Upon closer examination, one learns that the sculpture is titled "Four Piece Reclining Woman." Even knowing this, however, it may take a fair bit of imagination or a few hours of Lamont studying to connect those foreign forms to womens' bodies.

Whether it's genitalia, a Halloween prop, or two pieces of used gum, the beauty of these sculptures is that they keep us guessing.